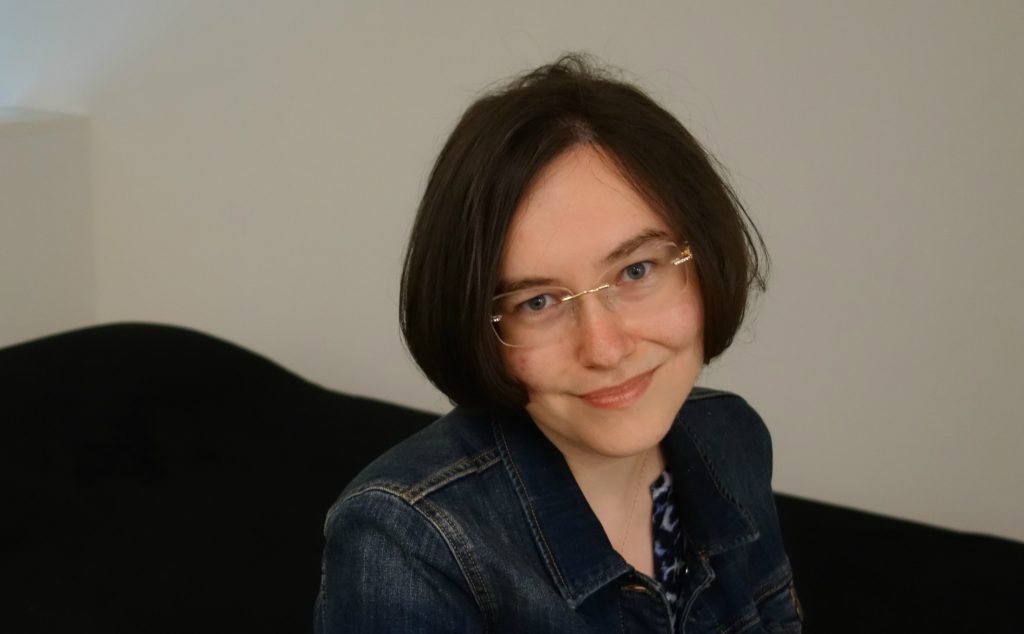 “It said that all Russian journalists who support Ukraine might be killed. My name was on the list.”

Kseniya Kirillova thought her stay in the U.S. would be only temporary.

When the Russian reporter left her hometown of Ekaterinburg, Russia in early 2014 to move to Seattle with her husband, a Ukrainian software engineer, she had little experience in international affairs.

But all that changed as Russia invaded and annexed Ukraine's Crimean Peninsula and then began backing pro-Russian rebels in eastern Ukraine.

Kirillova, who had previously worked for Novaya Gazeta, an independent Russian newspaper known for its investigations of corruption and criticism of the Kremlin, was taken aback. She had many friends in Ukraine, and was determined to do all she could to counter what she saw as Russian propaganda that was feeding the war effort.

She began writing about Russian propaganda for the website Novy Region. Often critical of President Vladimir Putin, the site had been founded by a friend, Russian journalist Alexander Shchetinin. Shchetinin had founded the news outlet in the 1990s but was forced to leave the company under pressure from the Russian government in 2014. He later relaunched the site in Ukraine.

Kirillova wasn’t unfamiliar with the difficulties reporters face in challenging the Russian government. At least 58 journalists have been killed in Russia since 1993, according to the Committee to Protect Journalists. That includes several Novaya Gazeta journalists who were killed or died in mysterious circumstances since 2000.

Living in the U.S., Kirillova was safe. But in August 2016, Shchetinin, who had called Putin his “personal enemy,” was found dead of a gunshot wound to the head in his apartment in Kiev. Some news reports suggested his death was a suicide, but Kirillova says she doesn’t believe it. Ukrainian authorities opened an investigation into his death, though to date there have been no reported arrests.

Soon after Shchetinin’s death, Kirillova found a pro-Russia site online listing the names of “anti-Russia extremists.” Her name was on the list. A return to Russia, already dangerous, now seemed potentially deadly.

Today Kirillova, 33, lives in Oakland, Calif. and is a contributor to the Russian service of U.S.-backed Radio Free Europe/Radio Liberty as well as the Ukrainian broadcaster TCH. She spoke with Global Journalist’s Jiwon Choi about the death of her collaborator and her efforts to counter propaganda in Russian media.

Global Journalist: How has the conflict between Russia and Ukraine affected you?

Kirillova: All my problems in Russia started because of my activity in America. Before I came here, I worked for several years…for Novaya Gazeta in the Urals branch. I lived in my hometown Ekaterinburg. I came to America accidentally. My husband, who is a citizen of Ukraine, he had a temporary work contract in the U.S. At the same time, the Russian and Ukrainian war began [in] March 2014.

It was a real shock for me. I considered it my duty to do something, so I began to analyze Russian propaganda, [their] fears and their mentality. The main importance for me was if this information could prevent new Russian provocations around the world.

GJ: How has journalism in Russia changed in recent years?

Kirillova: When I was in Russia, I sometimes covered some dangerous topics. Before the war, Russian [media] was defending Putin’s regime, but not as aggressively as it is now. It wasn’t so hard to talk about the government. We [reporters could write about] corruption and tell the truth about political, social and other spheres. Local government authorities were independent from the federal. GJ: When did you first hear that the Russian government was targeting you and Alexander?

Kirillova: My close friend Alexander Shchetinin warned me that both of us would be charged with state treason. It was in in the spring of 2015. Russian authorities were accusing even ordinary people who didn’t have any access to state secrets, including simple housewives and saleswomen. The Russian Supreme Court recognized [Nova Region] as an extremist site only because it was in Ukraine and was opposed to Russian aggression. Thus, we officially became journalists of an “extremist” resource.

The Russian authorities instituted criminal proceedings against my friends, Russian dissidents from Ekaterinburg, even for innocent posts in social networks condemning the war. Thus, we already understood that a criminal case was waiting for us in Russia. Russian journalist Alexander Shchetinin, pictured in front of the former headquarters of the KGB in Moscow with a stuffed bear.

GJ: How did you feel when you learned that Alexander was dead?

Kirillova: Alexander was someone who made the same choice as me – supporting Ukraine as a Russian journalist. Before his death, he lost most of his business, couldn’t visit his family and his adult children in Russia. He fought against Russian propaganda and agents of Russian influence in Ukraine.

I don’t believe that it was a suicide. He died a month after the murder of another Russian opposition journalist in Kiev, Pavel Sheremet. After the strange death of Alexander in Kiev, I found an article on an official Russian propaganda website which was later removed. It said that all Russian journalists who support Ukraine might be killed. My name was on the list.

GJ: What is the most difficult part of living in exile in the United States?

Kirillova: For a long time, I didn’t even have a work permit in the U.S. I was waiting for asylum [for] two years, even before the murder of Alexander. I was working for two years as a volunteer, without any payment. Now everything is fine, I have a work permit.

Clarification: An earlier version of this article reported that a suicide note had been discovered near Shchetnin's body, which some news outlets reported at the time of his death citing Ukrainian police. Other reports say that Shchetinin had sent an e-mail to a colleague in which he discussed suicide prior to his death.