Pitts' career a journey from Top 40 radio to liberal columnist 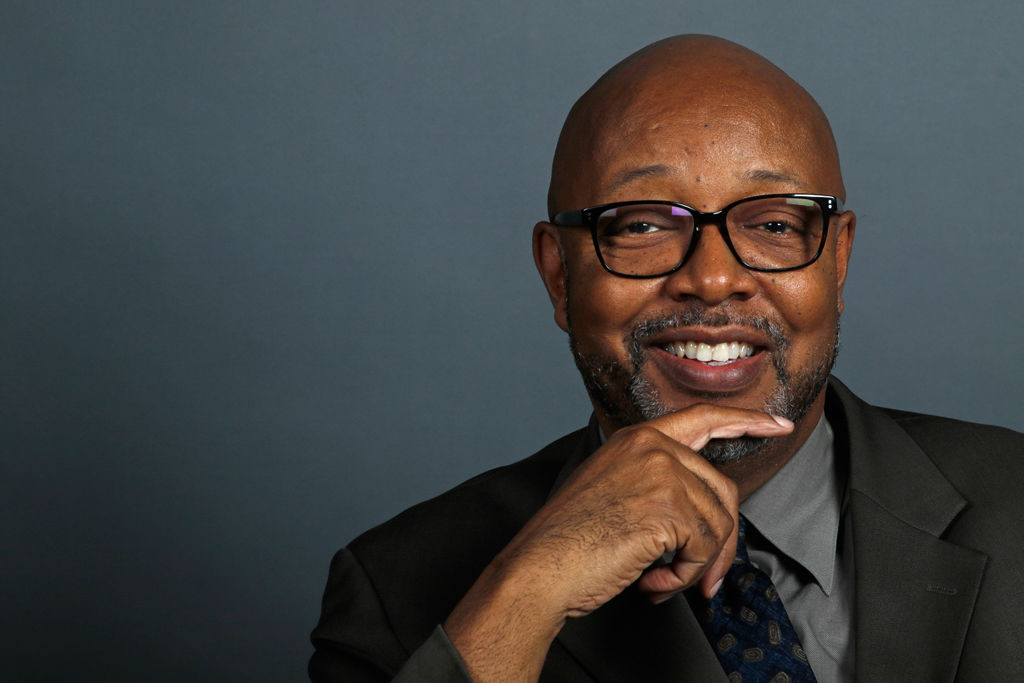 Leonard Pitts, Jr. called himself a writer at the age of five. Writing, for Pitts, was not something he decided to do – he followed something in his heart. Today Pitts, 60, is a much-lauded opinion writer for the Miami Herald and has emerged as one of the most outspoken syndicated columnists criticizing President Donald Trump. He’s called the Trump administration the “Fourth Reich” and referred to the president variously as “an empty vessel,” “stupid” and “a whack-a-mole of the asinine and repugnant.”

But politics wasn’t his first love. In the 1980s and 1990s, Pitts worked in radio, and was co-creator of Radioscope, a black entertainment radio news magazine and later a writer for Casey Kesem’s Top 40.  In 1991, Pitts moved to the Herald to work as a music critic. But within four years, his interest in pop music waned.

“I had started out in the era of Al Green and Barry White, and I ended up in the era of New Kids On The Block and Snoop Dogg,” he says.  “And I didn't feel a whole lot of affinity for Mr. Dogg or the New Kids. I just felt like I needed to do something else with my life because I wasn't getting the same enjoyment that I had been.”

Ever since, Pitts has been writing columns about politics and culture, with a focus issues like race, religion and gay rights. He gained international acclaim for his Sept. 12, 2001 column “We’ll Go Forward From This Moment,” which was addressed directly to the terrorists who attacked the U.S. “When roused, we are righteous in our outrage, terrible in our force. When provoked by this level of barbarism, we will bear any suffering, pay any cost, go to any length, in the pursuit of justice,” Pitts wrote.

The column was read on live television by Regis Philbin, cited by Congressman Richard Gephardt as part of the Democratic Party’s weekly radio address, and has since been remade into music and reprinted in poster form.

Over the years, Pitts has racked up journalism awards. A collection of columns about race and religion won the 2004 Pulitzer prize for commentary. Prizes from groups including the Society of Professional Journalists and the National Association of Black Journalists followed. Most recently, he received a 2017 honor medal from the Missouri School of Journalism.

But his work also brought danger. In June 2007, Pitts faced death threats after he angered neo-Nazis with a column about the murders of a white couple by five black assailants in Tennessee for disputing those who thought the killings were evidence of a white genocide. In advance of a talk about race and the 2008 presidential campaign at the University of Puget Sound, Pitts received additional death threats via e-mail.

Newspaper columns haven’t been his only outlet. Pitts has also written five books, including “Becoming Dad: Black Men and the Journey to Fatherhood,” a book inspired by his own experience being raised by an “imperfect father and better than perfect mom.”

“I was interested in writing…the book to explore some things in my life, some underpinnings of my life that I hadn’t really had a chance to work through before,” he says. “Writing is cheap psychotherapy.”

But for the moment, Pitts has a rich target for columns in the president. Sadly, he says, he doesn’t see room for reasoned debate between liberals and the administration.

“One of the hallmarks of my life and one of the hallmarks of my political beliefs has always been the value of dialogue, that well-meaning people from whatever political ideology can usually talk it out, whatever it may be,” he says. “But I think that the ‘it’ in the specific case of Donald Trump is an intolerance that is so profound that there is no room for talking it out.”