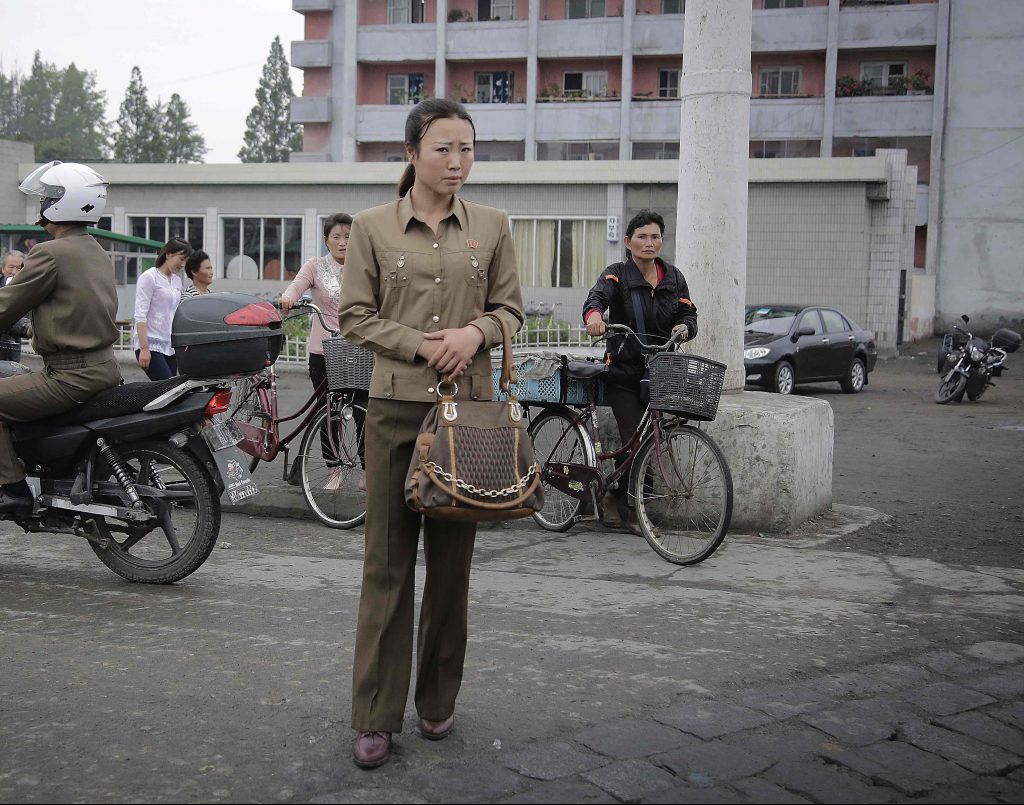 A North Korean woman waits to cross the street at the end of a work day in Wonsan, North Korea, June 23, 2016. (AP Photo/Wong Maye-E)

North Korea’s human rights record is among the worst in the world. But women in North Korea face particular challenges.

North Korea is a patriarchal society and the man has long been seen as the head of the household and the chief decision-maker for the family. That dynamic has changed since the famine in North Korea in the 1990s – that forced many more women into the workforce made many the main breadwinners in their households.

There aren’t reliable statistics on North Korean society, but a recent Human Rights Watch report said that domestic violence, sexual harassment and sexual assault are rarely punished in North Korea. North Korean women are also more likely to flee the country than men, and they are often victims of human trafficking and forced marriages in neighboring China. By one aid agency’s estimate, about 70 percent of the refugees arriving from North Korea in northeast China are women.

On this edition of Global Journalist, a look at the lives and challenges of women in North Korea.