Project Exile: Tortured in Cameroon, a struggle for U.K. asylum 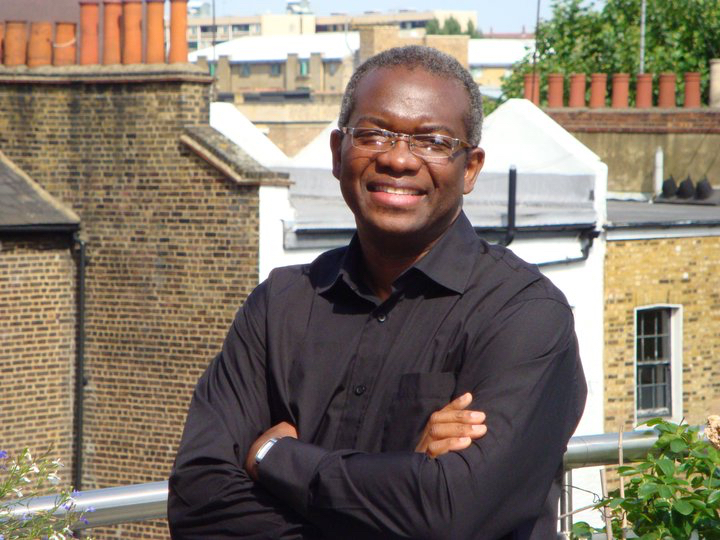 "The choice was this: reveal my sources and destroy my reputation or die protecting them.”

This story has been updated with comments from Mathias Eric Owona Nguini, the son of Cameroon's former education minister.

Charles Atangana knows as well as anyone the challenges of being a journalist in Cameroon. In the 1990s and early 2000s, Atangana was an investigative reporter covering economic issues for the now-defunct La Sentinelle as well as Le Messager, Cameroon’s first independent newspaper, and frequently pursued articles about government mismanagement and corruption in the central African nation.

There was much to cover in Cameroon, which ranks 145th out of 176 countries on Transparency International’s most recent Corruption Perceptions Index. His reporting on the lack of transparency in government oil revenues ran on the front-page for three consecutive days and a separate story on bribery in school admissions implicated the country’s then minister of education.

His reporting wasn’t welcomed by the government of President Paul Biya, who has ruled the country since 1982 and frequently jailed journalists critical of his government.

In 2004, Atangana helped organize a press conference for the Southern Cameroons National Council, a group supporting independence for Cameroon’s English-speaking minority in the country’s southwest. During the event, Atangana was kidnapped and taken to a military detention center in Douala, Cameroon’s largest city. There, he was beaten and tortured by captors demanding to know who his government sources were.

Atangana says that from the way he was interrogated, he believes that his arrest was ordered by the education minister, Joseph Owona, a longtime Biya loyalist who went on to become head of Cameroon’s soccer federation. Owona did not respond to messages seeking comment. Reached via Facebook, Owona's son, Mathias Eric Owona Nguini, denied his father’s involvement in Atangana’s arrest, writing that some journalists “want to justify their exile by trying to get political asylum even with false data.”

After making a dramatic escape, Atangana knew he could no longer remain safely in Cameroon. He eventually made his way to the United Kingdom, where, after a lengthy struggle, he was granted asylum.

Today Atangana lives in Glasgow, Scotland and works as a freelance journalist. He spoke with Global Journalist’s Ailean Beaton about being tortured, escaping from Cameroon, and the challenge of winning asylum in the U.K. Below, an edited version of their interview:

Global Journalist: What first attracted you to journalism?

Atangana:  From the age of six, we had a classroom activity to encourage those of us who could read a newspaper to tear out a story from the weekend that interested us and then stick it up on the wall. Our teacher called it the “wallpaper journal.”

[In college] I joined the press club. We would sometimes receive journalists who had worked on the radio to come in and speak to us and try to give us the basics of journalism.

I wasn’t very interested in the job at that time because these guys who came to visit the college and explain what journalism is… they weren’t rich guys. The way they dressed- it wasn’t impressive. But my mind changed after growing up. I would sometimes see journalists walking around with a camera. It seemed exciting, all of a sudden. GJ: How did you end up focusing on economic investigations?

Atangana: When I started my journalism career no one was really interested in economic issues. Whenever you would see such stories it was usually just the press release from the government for IMF funding… No one was focused on investigating; trying to work out what was behind the figures.

I had received corporate training from the World Bank, where I used to work. So myself and some colleagues from state media, we decided to create a group of economic journalists.

We were sick of seeing announcements of projects from the government saying things like: “We are going to build 600 classrooms in provinces across Cameroon.”

And once the money had been taken and the work had been done there was nobody to travel across the country to check– because if you did, you’d find only maybe five or 10 had been built, and the money had all been spent.

GJ: How would you describe the pressures that journalists face in Cameroon?

Atangana: When a journalist writes critically of government figures they might get approached while they are out drinking and get offered a bribe.

They might ask you to soften your writing and maybe put some honey in there about a government minister or someone else. A journalist in Cameroon does not make very much money and so this can be an effective way [of silencing them]. But other times there’s threats or beatings.

GJ: What were you working on that caught the government’s attention?

Atangana: One time my story ran on the front page for three days. It was a story concerning the government’s transparency surrounding their oil revenues and how the World Bank had made them promise to be clear with how that money was moving around in exchange for a large loan.

The story was that for the first time, the government had been pushed down to their knees. The World Bank had said we will give you the money but only if the government published their figures related to the oil flow.

I also worked on a story where I showed that some of the administrators at the colleges were taking bribes from parents so as to admit their children. Some of these people were quite close to the education minister [Owona]. GJ: What were you doing on the day you got detained?

Atangana: I had just introduced the speakers at a conference and I was called outside. I was confronted by three men who were dressed as journalists, though as it turns out they were not. One of them said to me: “Charles, we’ve followed your writing, we’ve seen your appearances on TV.”

And they began to hit me; first slapping my left cheek and then my right before kicking me down to the ground.

I was taken to the military police cell in Douala- a place where they usually kept serious trouble makers, so I suppose that made me one of them. I was there for a couple of weeks and nobody knew where I had went.

I picked up from the questions they were asking that it was the education minister who had ordered my arrest.

GJ: What did they want from you?

Atangana: I was asked about my sources. That was the main thing they wanted to know: who in government was giving me my information. I had very good contacts in government committees- education, health, finance and in the military- and it was clear to them from my reporting that somebody had been giving me private information.

The second night was painful because I was beaten properly. I remember, the first night I had slept on the floor in my underwear but on the second night they made me sleep without my underwear. They were using wires tied around my genitals to try and put pressure on me to reveal my sources.

I was taught to always protect my sources. When I was a student we had a journalist from Washington come to speak with us. She told us that we must protect our sources at any cost.

The choice was this: reveal my sources and destroy my reputation or die protecting them.

GJ: So how did you escape?

Atangana: After two weeks I realized that this was my end. It was easy for them to kill me- nobody knew where I was. They were feeding me so poorly I got diarrhea, so I asked them to take me to hospital. There, I met a guy who was about to get released and he had a phone. I managed to tell this guy to get word out to my dad.

I was with somebody from the military police, but he didn’t know who I was or why I was there and so I promised him money. He allowed me to go out to the car park [where my father was waiting].

My sister has a friend who travels to France on business and I managed to organize a journey with him.

GJ: How difficult was it to get asylum in the U.K.?

Atangana: The first few years were very difficult. It took me a couple of months to recover from the ordeal and I started to come back to life.

I feel the discrimination in the asylum system in the U.K. is strong. You are spending all your time speaking to people in organizations about a country where nobody among the staff has ever been. It was very difficult.

I was arrested in 2008 [in the U.K.] because it appeared my asylum claim was rejected. They didn’t believe I was a real journalist or that I was under threat.

There was a public campaign and a petition with over 7,000 signatures that we sent to the Home Office. All of this allowed me to get released and I was granted [asylum] in 2011 after seven years in limbo... seven years of fighting.

with reporting from Jason McLure