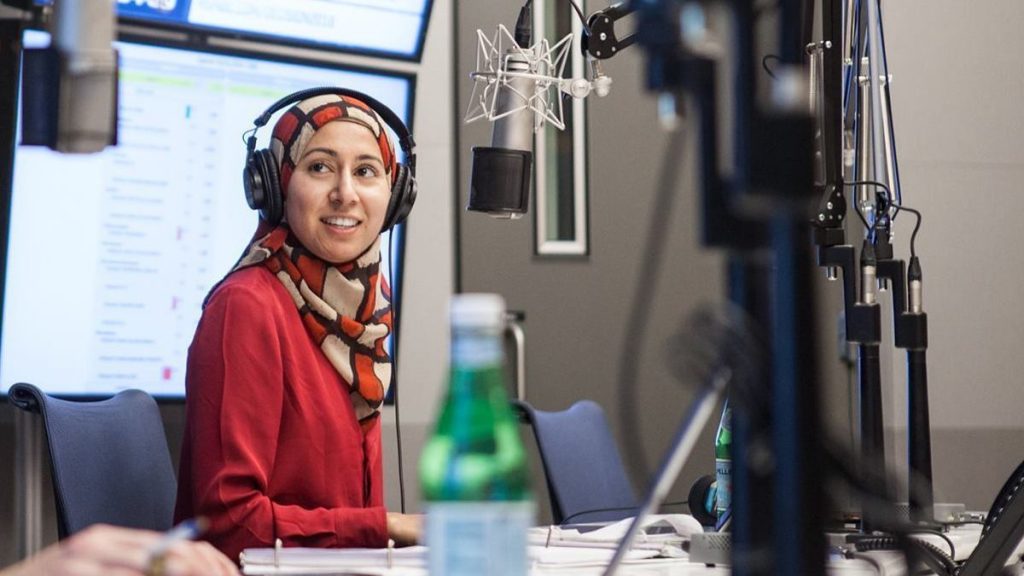 NPR reporter Asma Khalid during a live broadcast. She covered demographics and the 2016 campaign. (Courtesy: NPR)

Those who listened to NPR's coverage of the 2016 presidential campaign regularly heard the dispatches of political reporter Asma Khalid.

During the race, Khalid distinguished herself for her ability to blend interviews with voters with the use of data to illustrate Americans political views.

But as a Muslim woman who wears the hijab, or Islamic headscarf, the Indiana native was also tested by then-candidate Donald Trump's divisive rhetoric, and was mocked on Twitter as a "raghead," "terrorist," and "jihadi." On occasion, the reporting climate was so volatile Khalid says she felt the need to remove her head covering.

On this special edition of Global Journalist, Khalid, now with Boston public radio station WBUR and a 2017 recipient of Missouri School of Journalism's highest award, opens up about her experiences with guest host Joshua Kranzberg.