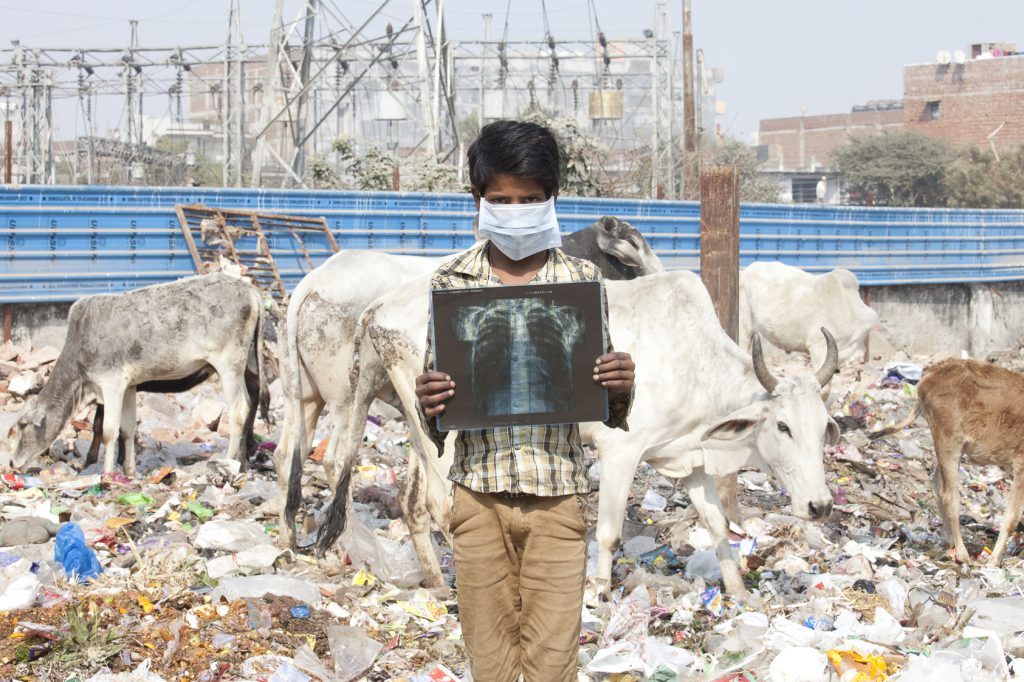 A boy in India stands amid garbage and a herd of cows holding an x-ray of his lungs. The photo is part of the #iBreathe campaign highlighting India's air pollution crisis. (Photo credit: Melanie Dornier)

"We all breathe the same air."

Melanie Dornier was once a social worker in the United Kingdom and her native France, where she did work like helping refugees navigate the job search process. Then an interest in photography led her to begin combining her interests in serving marginalized people with making pictures.

“I realized it’s easy to merge what I love to do as a social work activist and photography skills,” Dornier said. “So I developed [a] documentary aspect of photography, where I stand now." Dornier grew up in Besançon, a small town in eastern France near the Swiss border. She credits her interest in photography to a great-uncle who had a photography studio, and she received her first camera when she was 4 or 5 years old.

In 2007 Dornier followed her husband from London to India when his company relocated him. It was an impermanent life, and the couple moved several times over the next six years between Europe, the southern Indian city of Bangalore and Gurgaon outside the capital New Delhi.

It was in Gurgaon that Dornier witnessed India's alarming levels of air pollution. Disturbed by the problem, she entered an unpaid partnership with Airveda, a startup that sells air quality monitors and anti-pollution face masks, to produce a series of photos of ordinary Indians holding up x-rays of lungs over their chests. For Dornier, the #IBreathe campaign was an effort to raise awareness about the consequences of air pollution in a region of India that has some of the most polluted cities in the world. 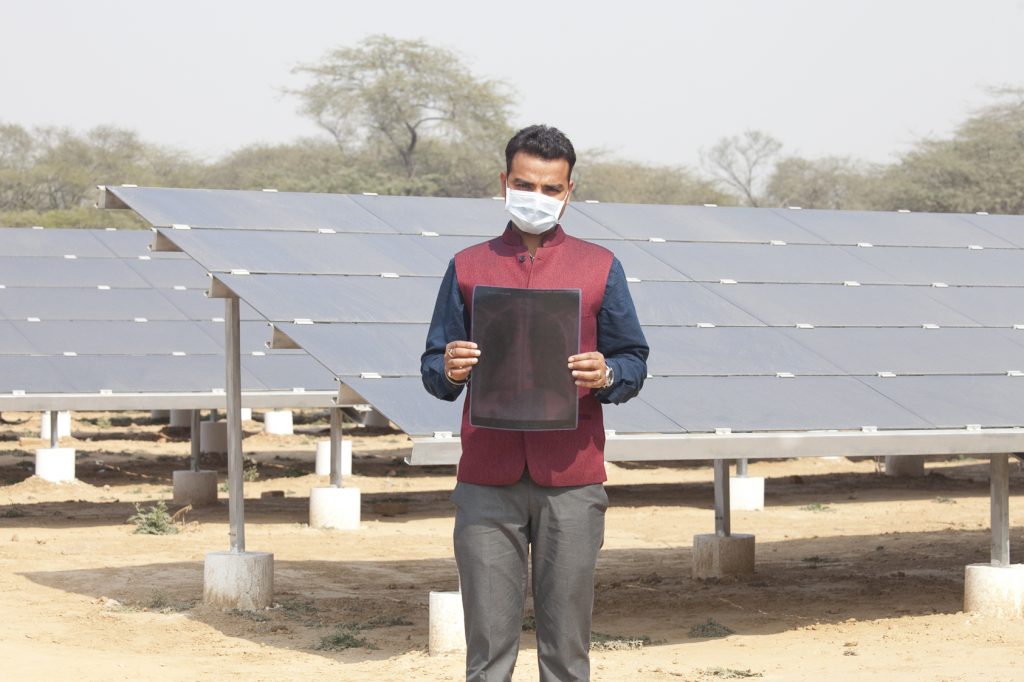 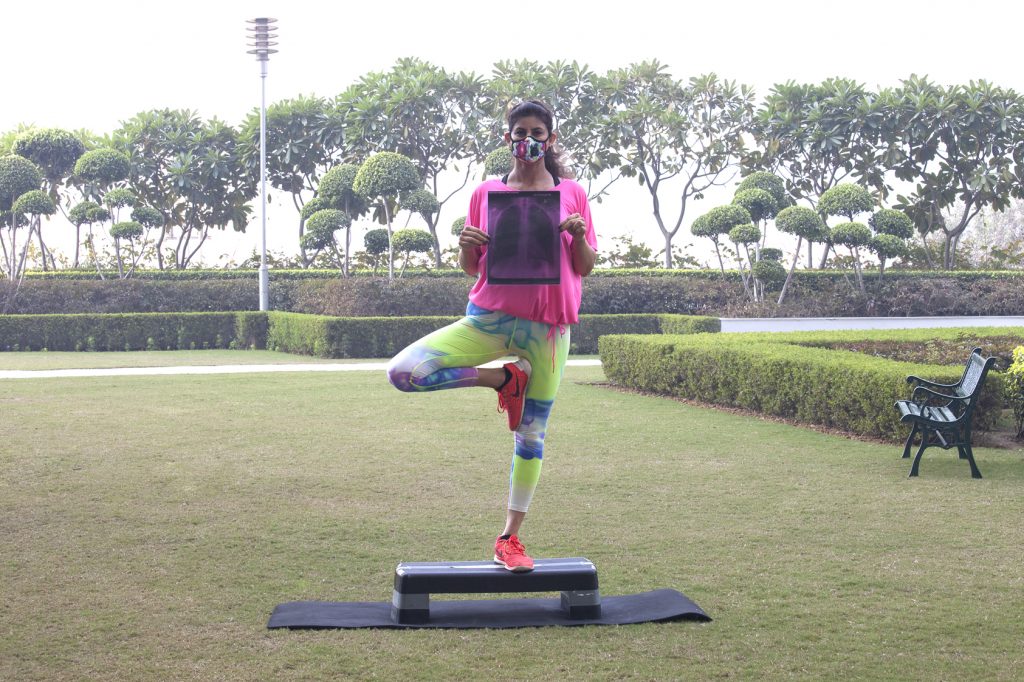 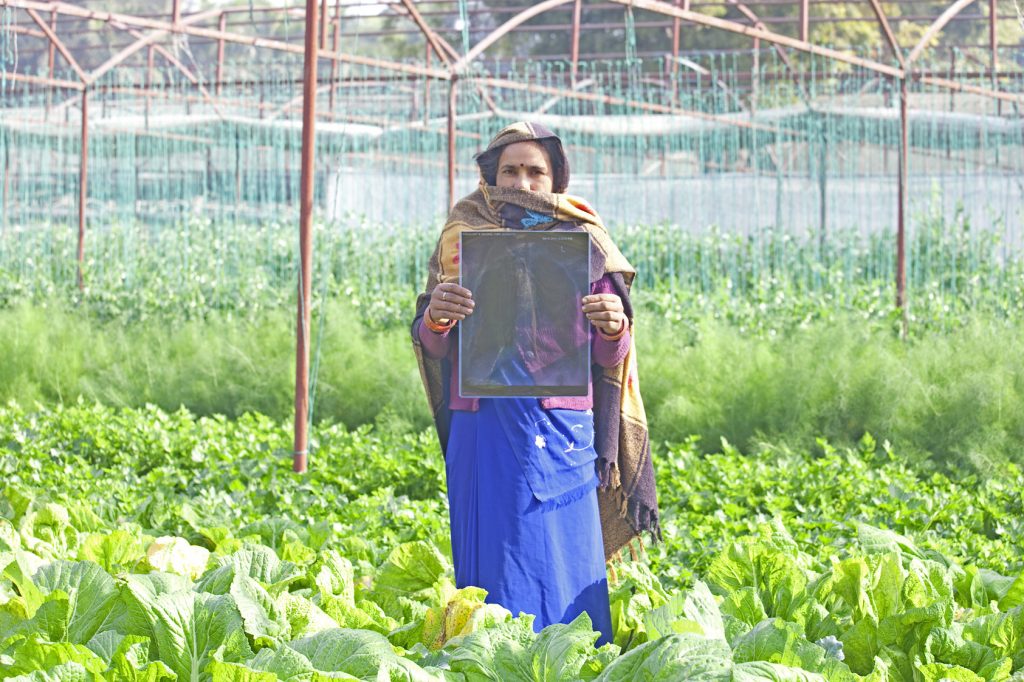 “I never got money from them,” Dornier said of Airveda. “I told them, I don’t [want to] help you sell your product, I [will] just help you on the education part.”

Dornier, 37, left India in January 2017 with her husband and two young daughters and now resides in the Normandy region of France. Still an active photographer, Dornier spoke with Global Journalist’s Rayna Sims about her work on #IBreathe and how the air pollution influenced her family’s decision to leave India. Below, an edited version of their interview:

Global Journalist: How did you find the people in the #IBreathe photos, and how did you go about asking them to be subjects?

Dornier: It was kind of the education part. If I can speak to somebody for five minutes and tell them, ‘you know what, what you breathe now is very bad for your health, do you want to do something [to] make a change or not?’ and people said, ‘okay.’

First I’d look for the spot to take the picture...I wanted the background to have some meaning, not just take a picture anywhere because it will not make sense. I spent a lot of time on the street.

Indian media, the press, found one of my Facebook posts...asking [for] friends to pose for this campaign, and an Indian newspaper covered it at the very beginning of [the project]. So it was easier to convince people because I had the newspaper article. 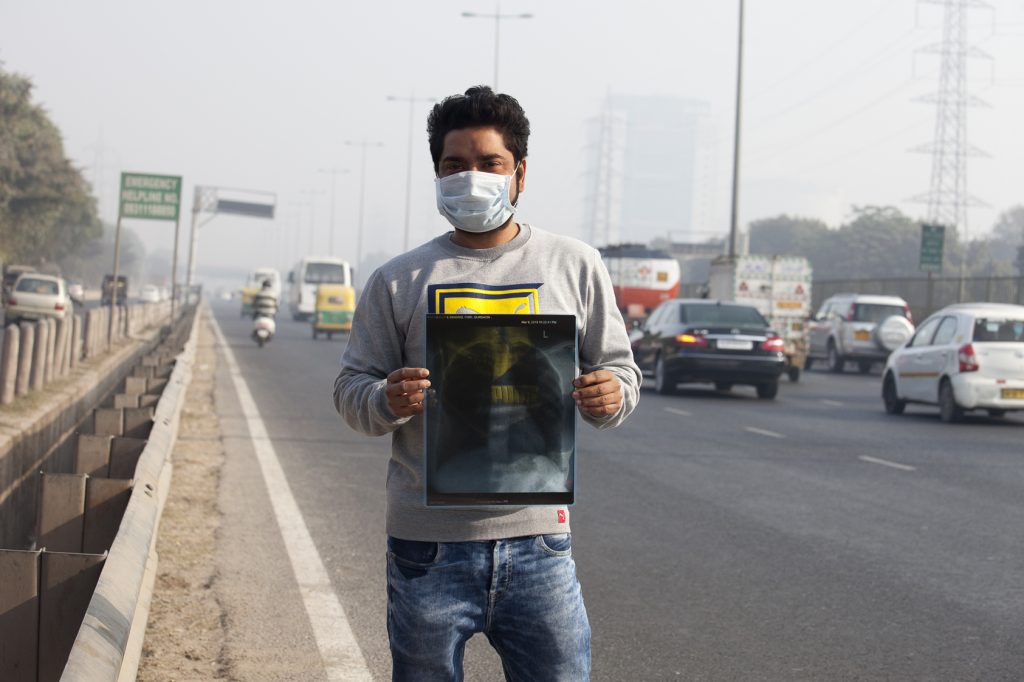 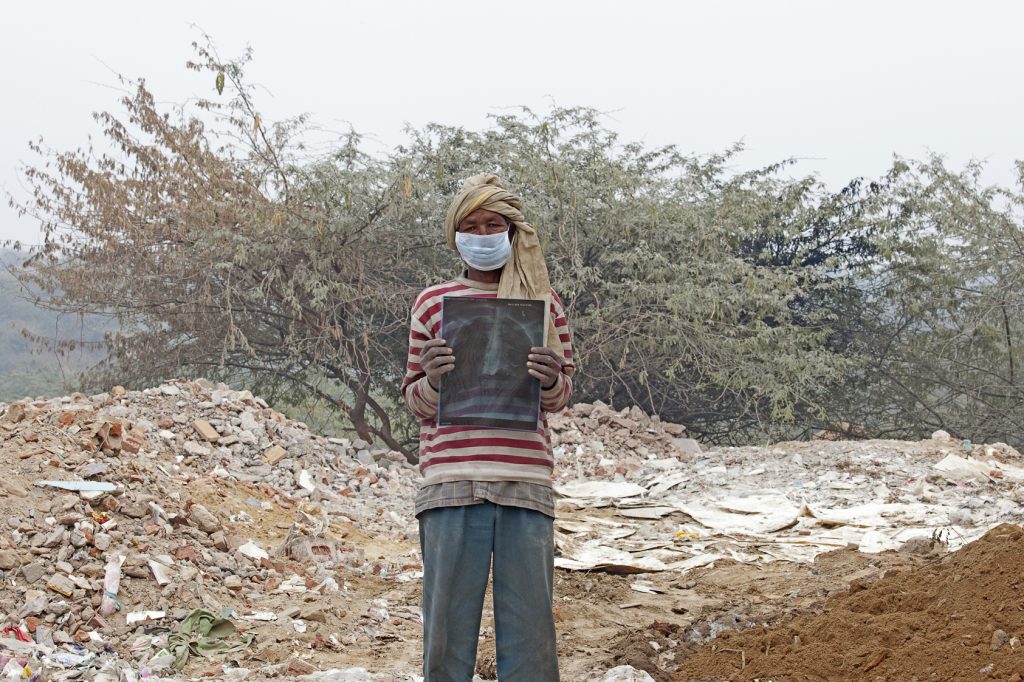 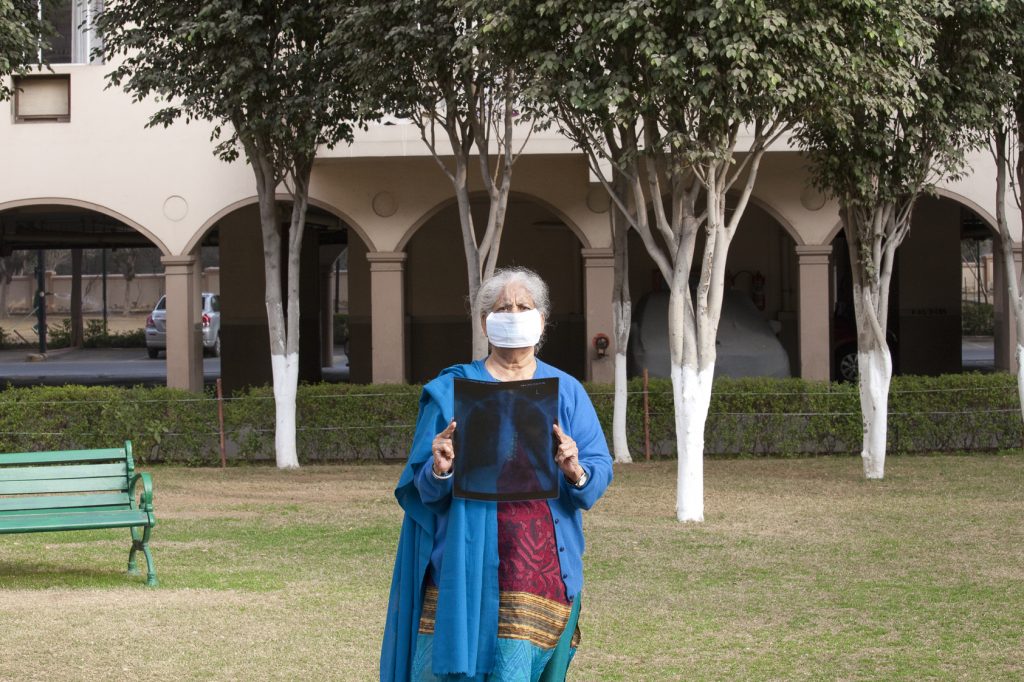 GJ: There’s a diverse group of people in this photo series. What was the significance of that?

GJ: What was your personal experience with the air pollution in India? Did it impact your decision to leave India?

Dornier: Air is one of the most important basic needs. On the list of priorities, we decided we don't want to take any more risks. I'm not sure how our lungs are because we never took x-rays, but we decided for the kids – maybe it's time to go back home to a healthy life. And I know a lot of people are doing the same now. 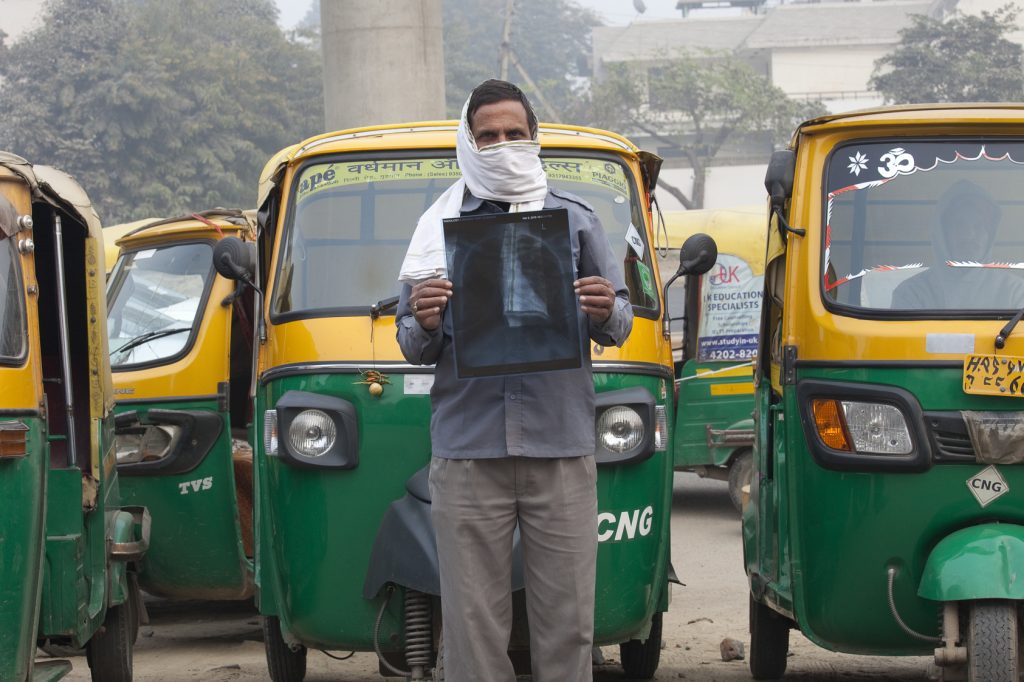 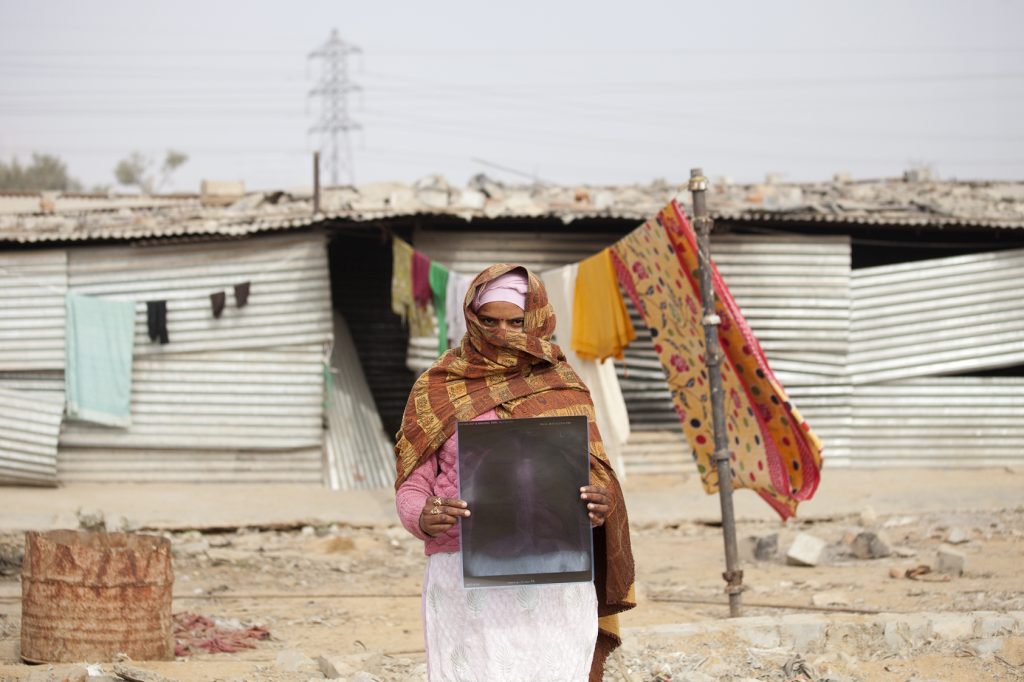 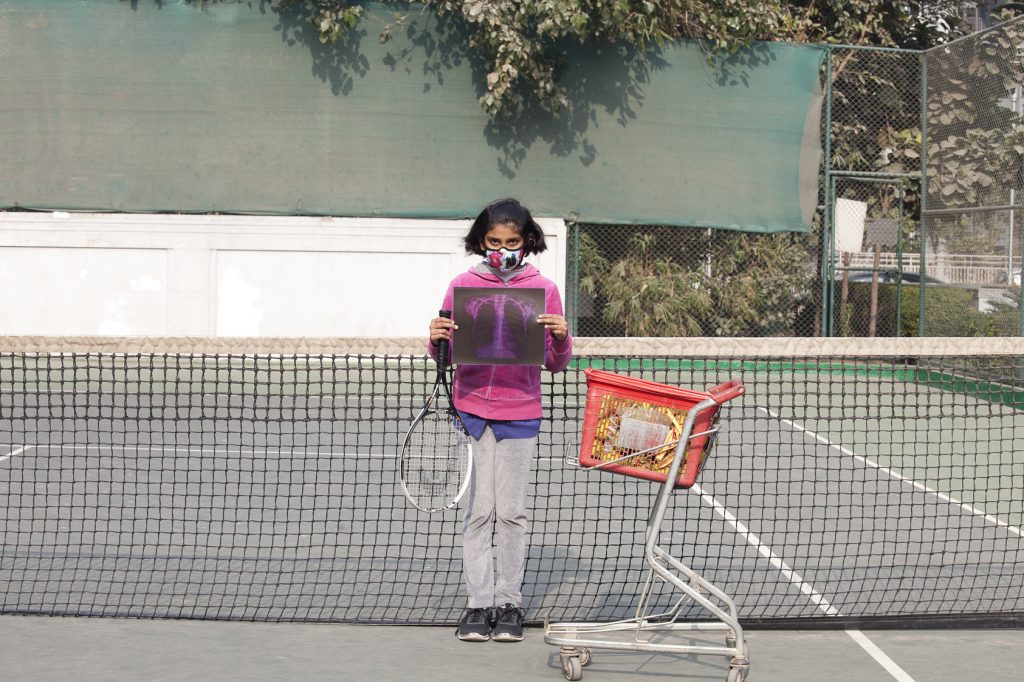 GJ: How do you think photography can have social impact?

Dornier: When the photography is strong, it can be more impactful than words because...it is a common language. Everybody understands it. For me it's a great tool to speak out.

And the campaign was great, because at teh beginning we were not thinking about that, and at the nd just to have people to stand on the street and [say]...I need to protect myself, I don't want to damage my lungs...the campaign was pretty easy. It was a pretty basic message.