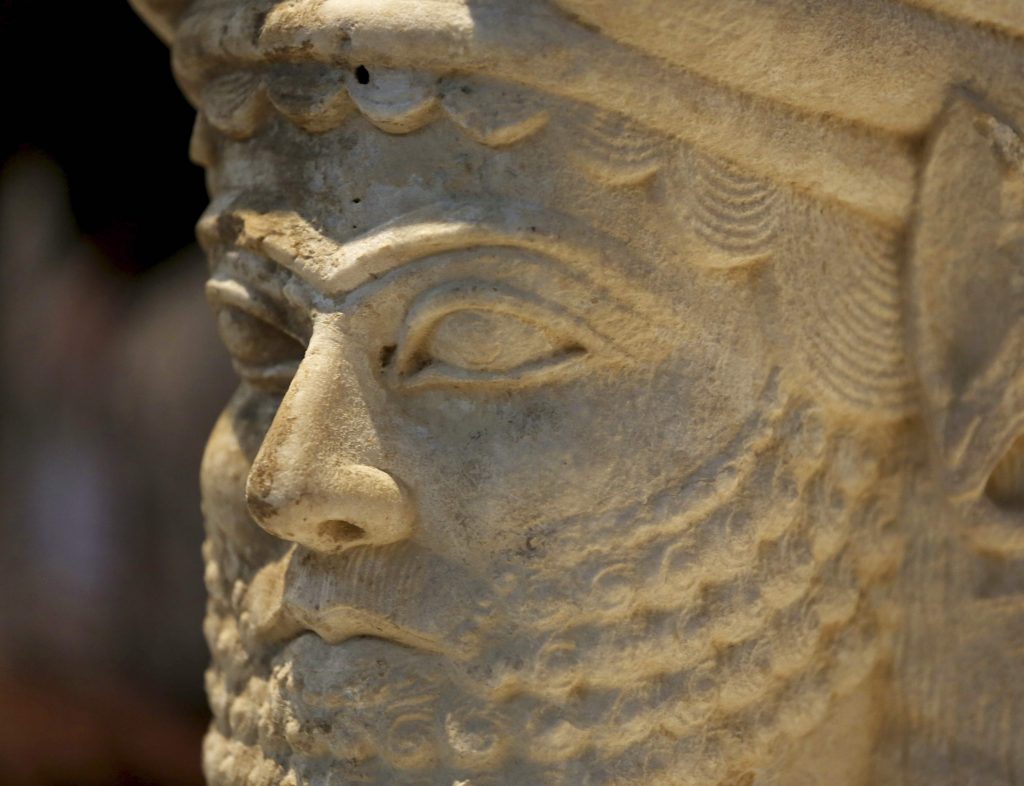 Recovered antiquities, such as this Assyrian artifact, are displayed at the Iraqi National Museum in Baghdad, Iraq, July 8, 2015. The governments of the United States, Jordan and Italy have returned hundreds of artifacts that were looted from Iraq amid the chaos of the 2003 U.S.-led invasion that toppled former Iraqi President Saddam Hussein. (AP Photo/Hadi Mizban)

Conflict in the Middle East and elsewhere has fueled a booming trade in looted antiquities from archaeological sites and museums.

Millions of dollars worth of artifacts have disappeared, with some resurfacing for sale in Europe and the United States.

The black market trade provided tens of millions of dollars of funding for the Islamic State, one of the largest groups involved in the business. With ISIS nearing defeat, archaeologists are looking for ways to halt the trade in looted artifacts from Syria, Iraq and other conflict zones.

On this edition of Global Journalist, we discuss the trade in stolen cultural artifacts.