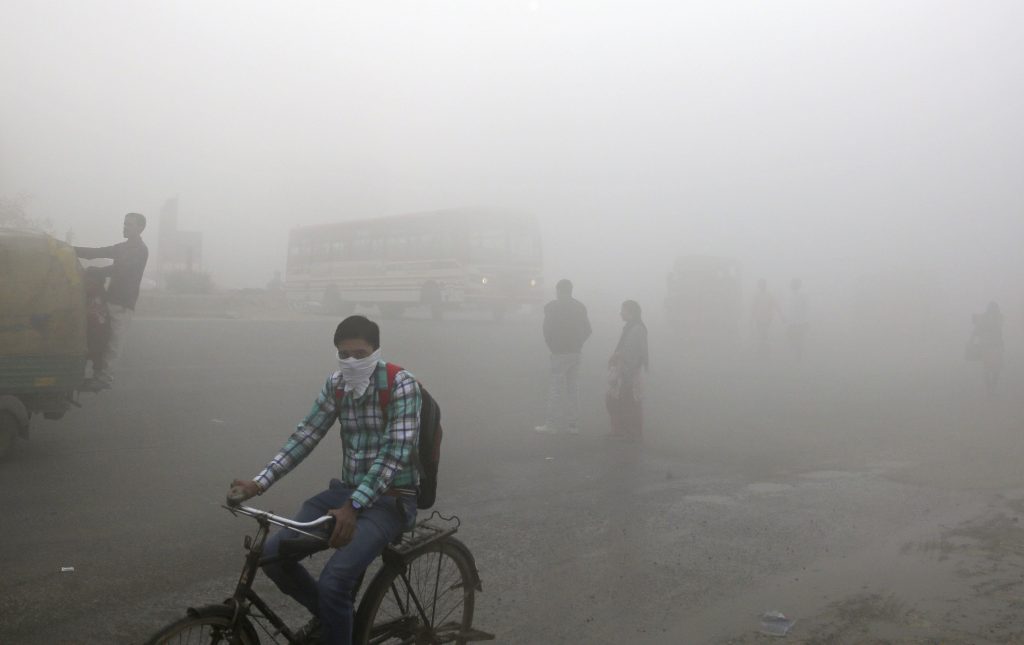 Indian commuters wait for transport amid thick blanket of smog on the outskirts of New Delhi, India, Nov. 10, 2017. As air pollution peaked in Delhi, it rose to more than 30 times the World Health Organization’s recommended safe level. (AP Photo/Altaf Qadri)

Recently an international cricket match in the Indian city of Delhi had to be temporarily halted in the middle of the game for an unusual reason. The cause: air pollution levels so high that a top player for India's opponent, Sri Lanka, began vomiting on the field.

India has had air pollution problems for years, but recently it has gotten significantly worse. Pollution was so bad in New Delhi last month the government ordered thousands of schools closed and banned trucks from the road for a week. During the Hindu festival of Diwali in October, the country’s Supreme Court outlawed the sale of fireworks in an effort to prevent the recurrence of a  toxic fog that engulfed the city during last year’s festival.

Even people in notoriously polluted China can breathe easy by comparison: on one day last month levels of cancer causing particulates in New Delhi’s air were 10 times that in Beijing, and nearly 14 times above levels considered healthy.

But India’s problem goes far beyond New Delhi. According to the World Health Organization, the country has 13 of the world’s 25 most polluted cities. And in 2015, the British medical journal The Lancet reported that 1.1 million Indians died prematurely from diseases caused by air pollution.

On this edition of Global Journalist, we take an in-depth look at India's pollution crisis.