In looted artifacts, archaeologist sees destruction of past 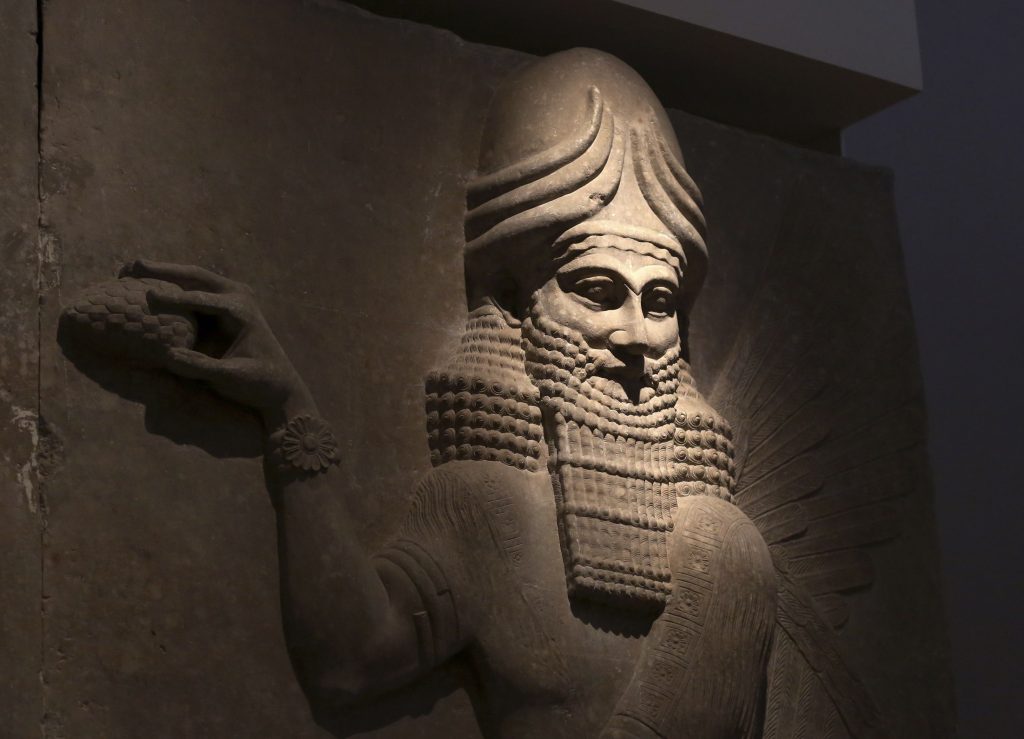 An Assyrian artifact is displayed at the Iraqi National Museum in Baghdad, Iraq, July 29, 2015. Nearly 400 artifacts looted from Iraq amid the chaos of the 2003 U.S.-led invasion that toppled former Iraqi President Saddam Hussein were recovered by the Iraqi authorities recently from several sources. (AP Photo/Khalid Mohammed)

Amid reports that the Islamic State was generating millions of dollars by looting and selling antiquities from Syria and Iraq in 2015, archaeologist Mark Altaweel decided to conduct an experiment.

Altaweel, a Near East specialist at University College London's Institute of Archaeology, decided to see if he could find looted items right in his own backyard: the antiquities shops of London. Identifying illegal items wouldn't be straightforward, since many ancient items traded on the private market are sold without any documentation. However under a series of UN agreements, the export of any artifact from a conflict area is supposed to be deemed illegal. Since archaeologically rich areas like Iraq and Syria as well as Yemen clearly fit that definition, items coming from those countries in recent years would all be illicit. That makes it easier to identify suspicious artifacts.

So Altaweel began touring antiquities shops in London posing as a buyer. What he found was worse than he expected. Items he suspected of being illegally looted were easily found. Nor does he think the situation is likely to improve just because the Islamic State is nearing defeat.

"ISIS didn't invent looting," he says. "All they did was organize it. It happens everywhere in the world."

Altaweel, whose research work includes tracking the illicit trade in antiquities, spoke with Global Journalist's Lexi Churchill about how artifacts are looted and smuggled into markets in Europe and North America. Below, an edited version of their interview:

Global Journalist: What did you see in these antiquities markets that alarmed you?

Altaweel: In one case I was involved with, they found a box of various antiques which weren't that old, mixed with some antiquities, which were ancient.

So sometimes they’ll mix them with more modern pieces that you can legally buy and sell. We saw some boxes like that coming from Syria a year and a half ago. We’re just seeing the tip of the iceberg, to be honest. It's hard to see this happening because it's an undercover world in many ways. The people who smuggle these things also smuggle other types of things.

GJ: When did large-scale looting begin and what drives the crime?

Altaweel: The reality is that people have been doing this for a long time. They have been getting smarter about it and more organized, which has to do with reactions to the market.

It really began to accelerate in the 1990s during the embargo against Iraq, when the gangs became more organized.  Then over time, it seemed to get more sophisticated. So in the 2003 [Iraq] war, they were getting quite organized.

Even before the war, they were able to determine what they were going to steal from museums, for instance. They planned it almost. You could tell because there are areas they assessed that even museum workers didn’t know about. They clearly had some kind of connection. That shows that there is a larger level of sophistication here. Recovered antiquities are displayed at the Iraqi National Museum in Baghdad in 2015 (AP Photo/Khalid Mohammed).

GJ: What made the Islamic State a main player in the illicit antiquities trade? What was different about them?

Altaweel: ISIS is a reflection of more recent developments where it's organized almost like a state entity.

When they were operating successfully, they were selling licenses and taxing [looters]. They were using it as a money generator, which is the main thing.

ISIS is a poor state, but a fairly rich organization. It was enough to do damage. Looting is not something that you make billions of dollars from; it's not at that scale. But it’s tens of millions of dollars. It's not that much different from how the Taliban did it, except ISIS is more organized. We also know that a lot of looting is taking place in areas of Syria, for instance, that are controlled by various [other] factions. So it's not something that’s specific to ISIS.

GJ: What can we expect for the post-Islamic State period in the Middle East?

Altaweel: ISIS is largely defeated in the Middle East in terms of as a state entity, but looting will certainly continue. We've seen looting in many conflict areas like in Cambodia during Khmer Rouge, or in Africa or South America during their civil wars.

It is driven by conflict and poverty, so as long as you have both or just one, you’ll have this because it's a simple source of revenue, especially in areas where there’s no other sources of revenue.

In a sense, there’s no other option for people there. Anyone will loot, because what else are they going to do? Once you get stability in the region and reconstruction of the economy, then it should diminish much more.  People don't want to loot; they do it because there is no other option. Recovered antiquities are displayed at the Iraqi National Museum in Baghdad in 2015 (AP Photo/Khalid Mohammed).

GJ: What are some of the new markets for looted antiquities?

Altaweel: There are some museums that are [being] built up in the Gulf, for instance, which always makes one wonder if they are likely to buy illegal antiquities.

People like collectors also buy antiquities because they are investments, ultimately, just like art. Antiquities and arts are among the safest forms of investment. Unlike gold, they don't fluctuate in price as much and tend to not lose value ever. It's not necessarily the rich, you see things old on eBay, sometimes for hundreds or thousands of dollars, where an average person can buy.

GJ: How effective are international and country-specific laws at preventing looting?

Altaweel: There are lots of different regulations around the world, which creates chaos. There are international guidelines and rules, which are not necessarily ratified by every country. Most countries in the West allow some form of antiquities to be sold. Some countries classify certain kinds of antiquities as not sellable.

A country like Syria, for instance, should have its laws applied if an object is stolen. So if you steal something from one country and go to another, [origin] countries like Syria should have access to things like Interpol, Europol or those [international] agencies to retrieve things that have been looted.

Of course that doesn't always work so well because there is conflict and international interests. For example, the Syrian government is not terribly friendly with too many Western countries, so what they want may not be followed. But in Iraq's case, since they are more Western-friendly, they're more likely to get cooperation.

GJ: Why is this  problem important?

Altaweel: [People] don't realize how important these artifacts are in terms of explaining our heritage, our collective global heritage. The countries that are affected primarily by ISIS are also the countries that were foundational to a lot of institutions that we’ve inherited. Everything from our forms of government to the ideas of building cities and laws. In a sense, we’re self-destroying our heritage.

It's a sort of twisted irony of using the present to destroy the past, which means we wipe out how we got to the present. It's not just a bunch of trinkets just sitting around, there is knowledge being lost. We’re all curious about how we got here.