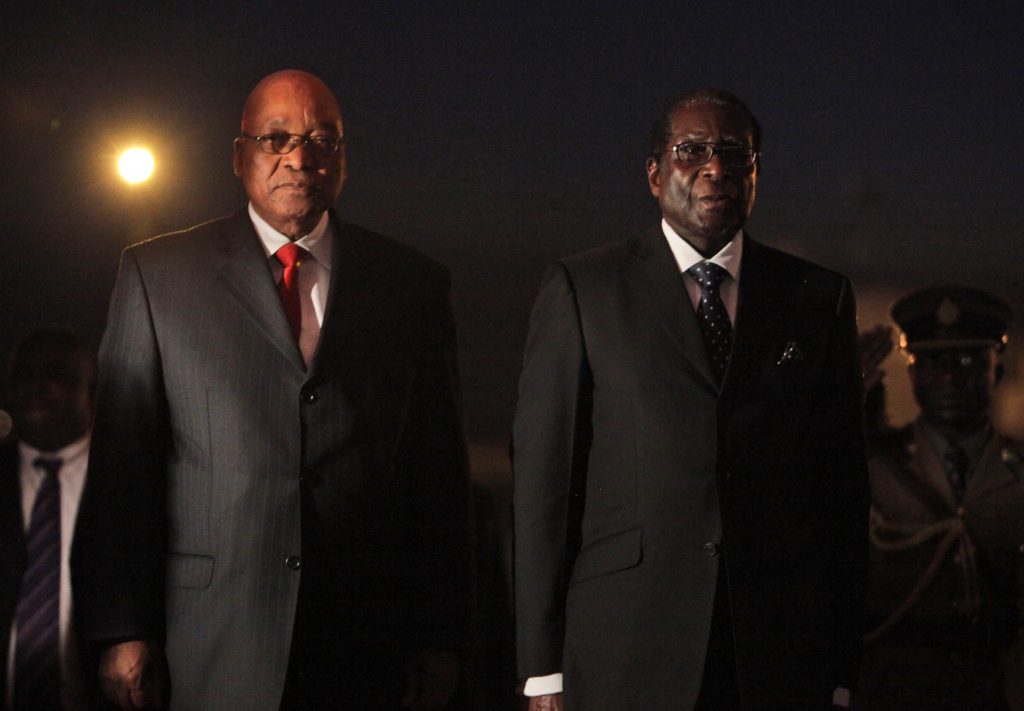 Now Mugabe is in military custody after an apparent coup d’etat brought an end to his 37-year rule.

Meanwhile Zuma is set to be replaced as the leader of the ruling African National Congress next month, and may be forced to step down from his eight-year-old presidency before the end of his term in 2019.

The potential departure of both men from the political scene leaves southern Africa at a crossroads.

In particular, both Zimbabwe and South Africa face enormous challenges with political corruption that has mushroomed under both Mugabe and Zuma.

On this edition of Global Journalist, a look at southern Africa in transition.