In polar photography, a battle with fear and cold 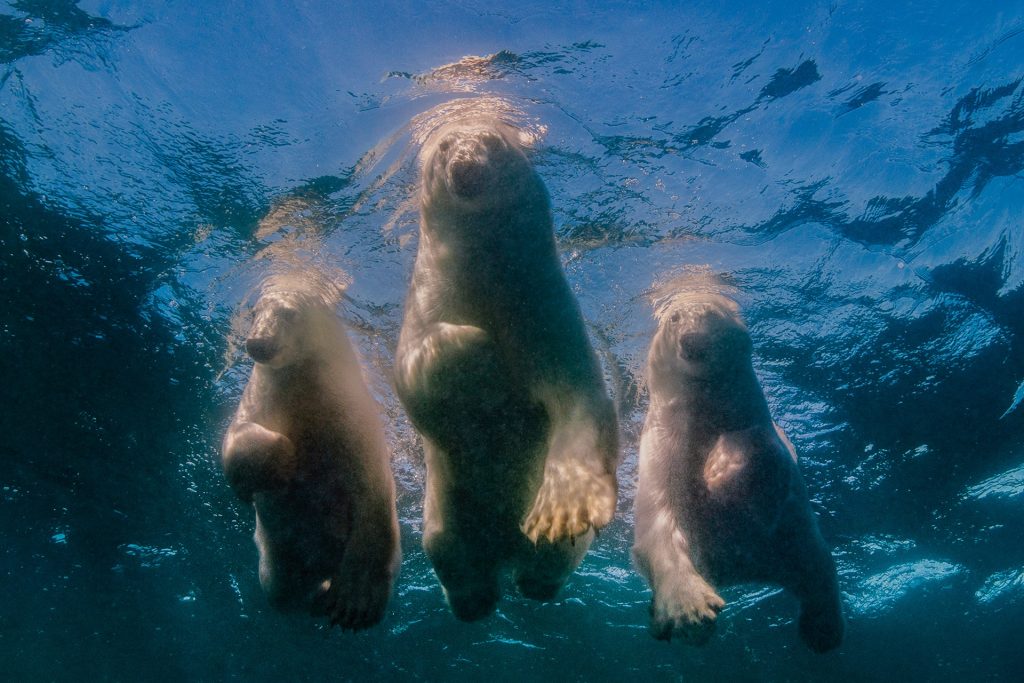 "I couldn't think of anything else but to breathe deep and go as deep as I can." Wildlife photographer Amos Nachoum is no stranger to difficult situations.

As an Israeli special forces officer, he saw his unit take significant casualties in the 1973 Arab-Israeli war. He later photographed wars in Bosnia and Rwanda, worked as a scuba diving instructor and courted danger by leading cageless diving expeditions to view great white sharks.

Yet after all this, there was still an experience he was chasing.

“Diving with a polar bear was on top of my list as a wildlife photographer, in the effort to dispel the myth about dangerous wildlife.’” says Nachoum.

That led Nachoum to make a series of Arctic voyages, including one in 2004 when he found himself chased in underwater by a polar bear. "You will find out that polar bears are not necessarily vicious predators and that they have struggles like all of us to survive in the environment,” he says.

Nachoum, whose work has appeared in publications including National Geographic, the New York Times and Time, got more than he bargained for. He took time out from his job running adventure tour company Big Animal Expeditions to speak with Global Journalist's Yanqi Xu about his encounters with Arctic animals. Global Journalist: You were once chased by a polar bear. What happened?

Nachoum: It was in 2004. I tried to swim with a polar bear. She was swimming gently and my [colleague] was supposed to go [in] after me. I went first, and I started swimming toward the bear, waiting for the person behind me to come.

But he lost the [scuba] tank and so...I was alone in the water. It took one or two minutes, and the distance between the boat became bigger because of the currents. Then I couldn't reach the boat and I was really slow with my scuba equipment, so I decided to just go diving. Just then, the polar bear went after me. I was swimming for my life. I was scared. I did not want to be eaten by a polar bear.

So I couldn't think of anything else but to breathe deep and go as deep as I can, as fast as I can. I went down to about 80 feet and at 70 feet, the polar bear stopped. Nobody knew how deep polar bears could go. It was the first time a polar bear was recorded to go so far [underwater]. 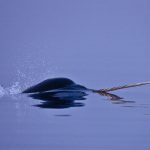 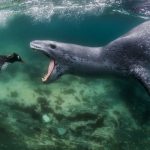 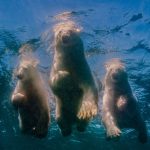 GJ: What are the most challenging parts of photographing animals in the polar regions?

Nachoum: One, of course, it is very cold. Two, it is difficult to find the animals. Many times the weather is very tough, and [the animals] would be very interesting but you could not take the picture because the weather was bad.

The ambient light in the water is also different. When you take pictures of big animals, you don't use artificial lights because they are not powerful enough. Our team only used the light from the sun when we were shooting the polar bears in the water. GJ: What is your favorite photo in the Arctic and why?

Nachoum: The picture of polar bears catching the seals out of the hole...from the High Arctic. The mother polar bear was in a den giving birth from November or December and came out of the den in March.

She had been hungry for three months. She smelled the scent of the young seals in the [breathing] holes first. But she [waited]… because she knew that the mother seal needed to get to these holes to take care of her beloved ones.

So she sat there together with her two young cubs and waited. Then she picked up the sensation of the mother seal… she jumped in to catch the mother.

Nobody has captured [this hunting strategy] before. It was a lot of work – it took us three or four days to sit on the ice together with the polar bears for it eventually to happen. It happened really fast and we needed to be acute and ready. Everything else just became part of me, or I became part of it.