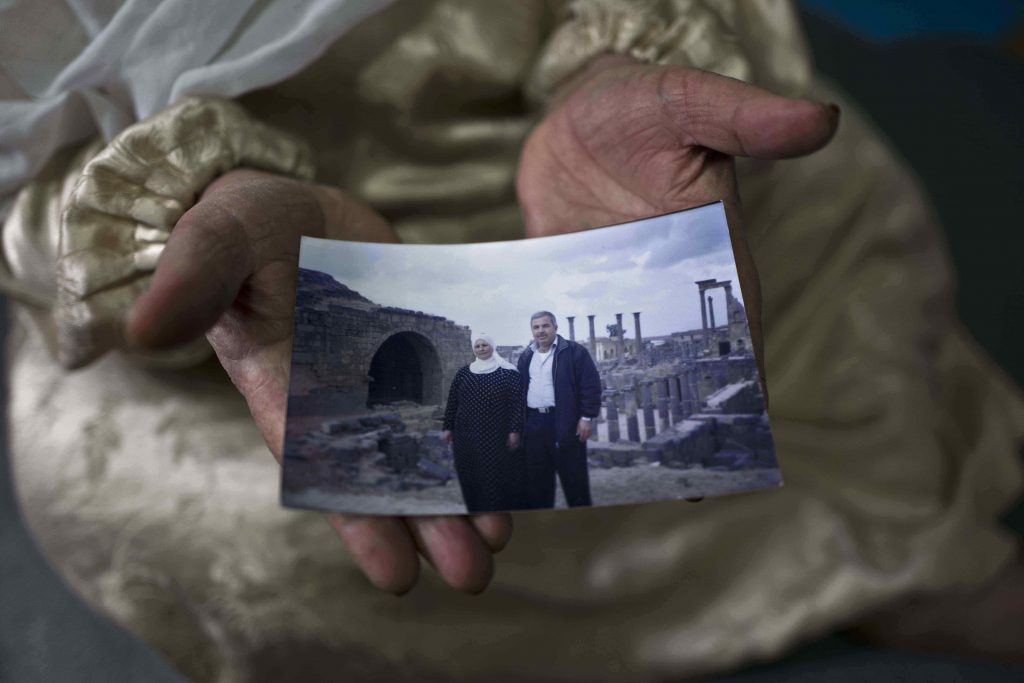 Amineh Hamad, 58, a Syrian refugee from Eastern Ghouta near Damascus, shows a photograph of herself and her husband Ali Abdulqader, 58, at her shelter in the Ritsona refugee camp, Greece. Ali is missing in Syria. (AP Photo/Muhammed Muheisen)

Since the start of the Syrian war, a remarkable 100,000 people have gone missing - a distinct figure from the estimated 400,000 confirmed killed.

Of the missing, some may be alive and held secretly in prisons controlled by Bashar al-Assad’s regime. Most are probably dead, and their bodies are often buried in unmarked mass graves in territory controlled by Assad or until recently, the Islamic State.

But with the Islamic State nearing defeat in Syria and Iraq, investigators are gaining access to more and more of these graves. That raises the prospect that the massive task of identifying the thousands of bodies of they contain will soon start.

This is important work as it not only gives resolution to families of the missing, but can also provide important evidence of war crimes.

On this edition of Global Journalist: a close look at the challenges of finding and identifying Syria’s disappeared.