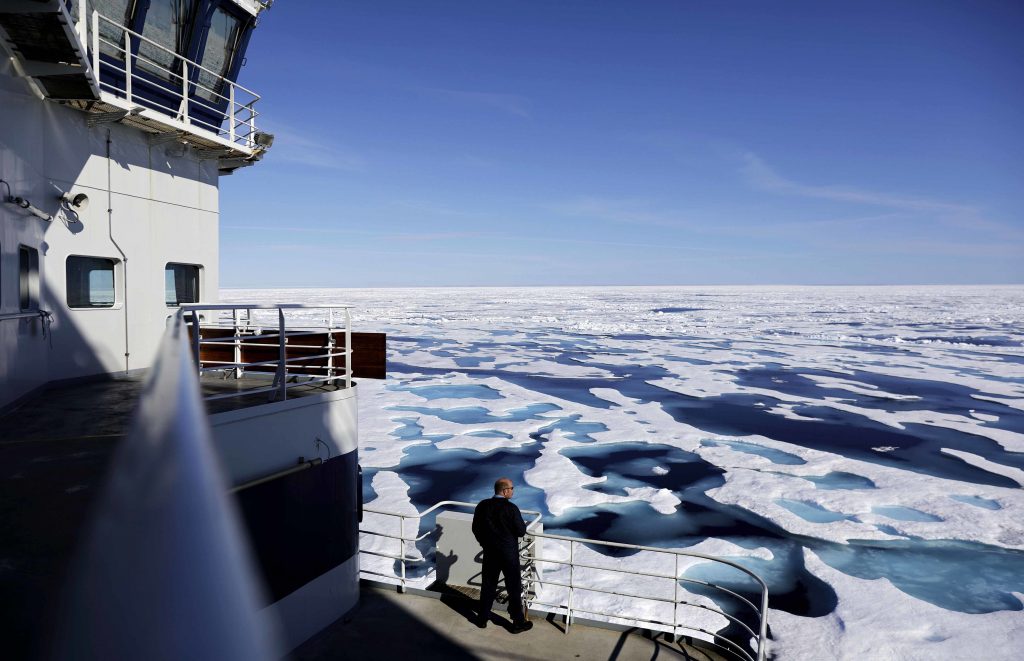 For hundreds of years, European explorers sought a direct sea route from Europe to Asia. Now as Arctic ice melts, just such a route is opening across northern Russia.

In August a Russian-owned tanker carrying liquefied natural gas made the trip from Norway to South Korea - the first time a ship of this kind did so without an icebreaker. Though the route is still closed by ice much of the year, the ice is thawing rapidly - and Russian President Vladimir Putin hopes it will transport lots of Russian oil and gas and eventually become "the Suez of the north."

On this edition of Global Journalist, a look at the future of the Arctic and how rising temperatures will bring not just changes in the environment but in trade as well.