Rohingya crisis in Myanmar after attacks 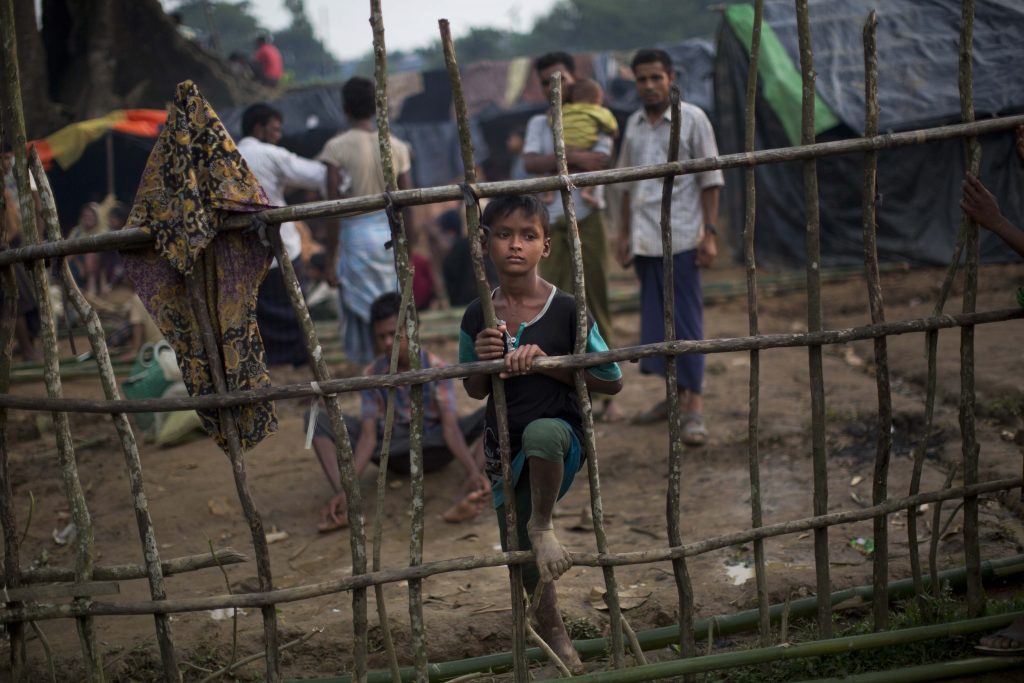 A Rohingya child, newly arrived from Myanmmar to the Bangladesh side of the border, stands by a wooden fence at Kutupalong refugee camp, Sept. 5, 2017. (AP Photo/Bernat Armangue) leader and Nobel laureate Aung San Suu Kyi and her National League for Democracy won a sweeping victory in elections that year, a milestone in moving the southeast Asian nation towards democracy and away from decades of military rule.

Now both Myanmar's progress and Suu Kyi's reputation look starkly different as the nation's security forces carry out a massive offensive against the nation's Rohingya Muslim minority in its southwestern Rakhine state. More than a half million Rohingya have fled to neighboring Bangladesh in a matter of weeks after what one top U.N. official has called a "textbook example of ethnic cleansing."

On this edition of Global Journalist, a look at Myanmar's long history of discrimination against the Rohingya and Suu Kyi's role in the current crisis.