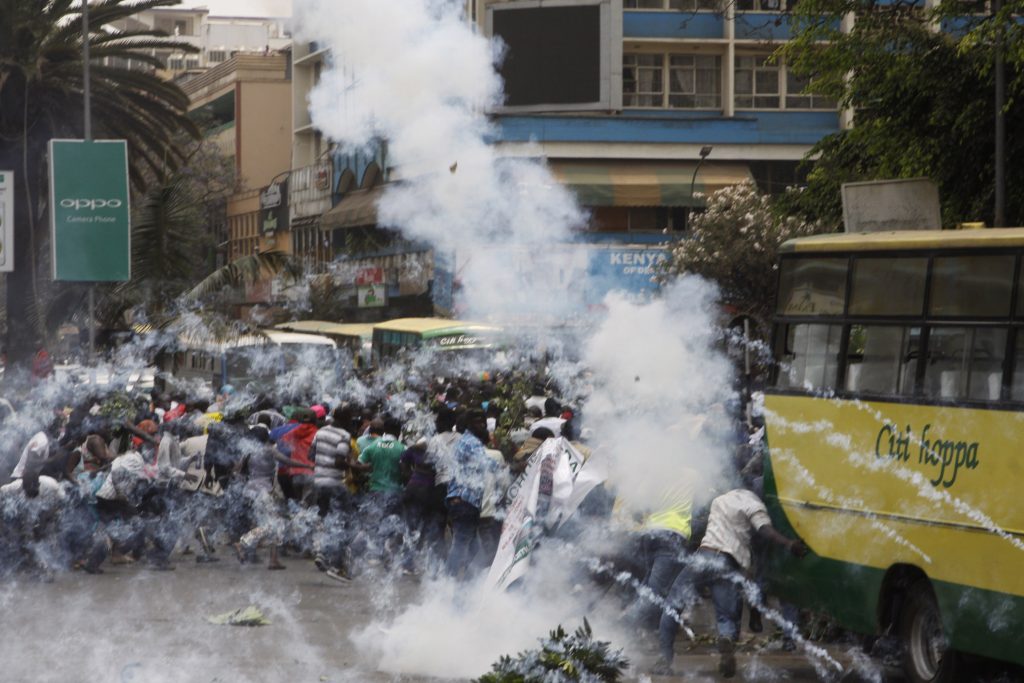 Riot police fire teargas against opposition supporters during a demonstration against Kenya's electoral board in Nairobi, Oct. 11, 2017. (AP Photo/Khalil Senosi)

A decade ago a disputed presidential election in Kenya led to violence that left more than 1,400 people dead and forced 600,000 from their homes.

Now political tensions are again running high after another disputed election in August. The country's electoral board declared incumbent President Uhuru Kenyatta the victor by 1.4 million votes over opposition candidate Raila Odinga. But Kenya's Supreme Court nullified the result, saying the poll had been marred by "irregularities" and ordered a new election.

That poll was scheduled to take place Oct. 26, but its future is now in doubt after Odinga pulled out saying the new election would also not be free and fair. Odinga's supporters have taken to the streets and the government has sought to quell the upheaval by banning public protests in three major cities.

On this edition of Global Journalist, we take an in-depth look at the political crisis in a country once considered a beacon of stability in Africa.