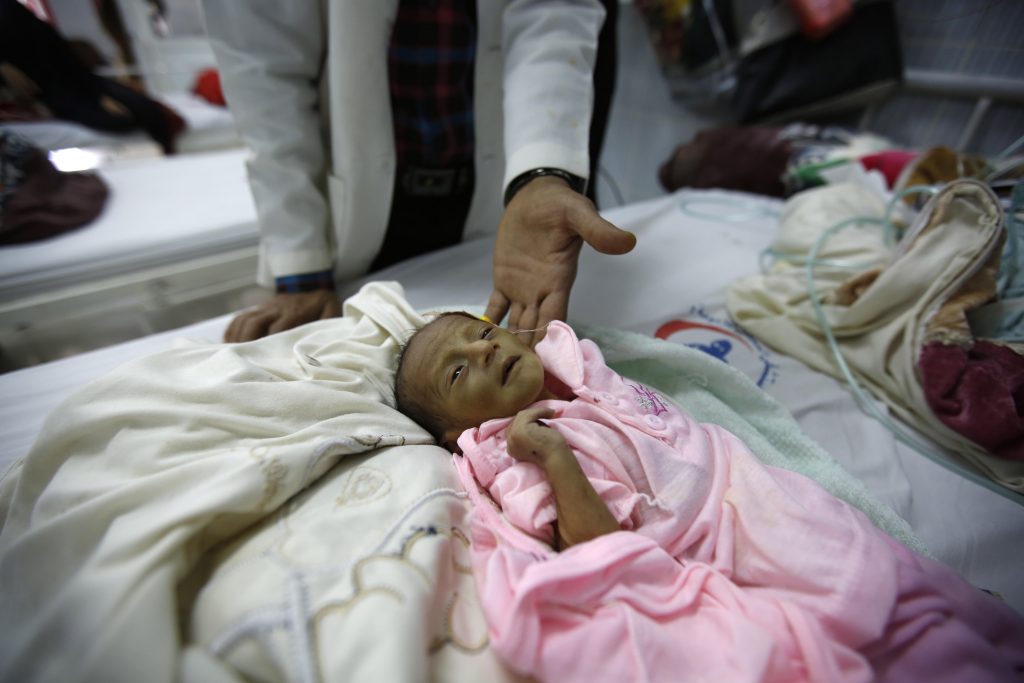 A doctor touches a malnourished child at a therapeutic feeding center in a hospital in Sanaa,Yemen in January 2016. (AP Photo/Hani Mohammed)

The Yemen crisis has garnered many superlatives since it began in force in March 2015. The civil war has generated the world's most dire humanitarian crisis, in addition to the largest cholera outbreak in a single year ever recorded – even Forbes ranked its economy as the world's worst.

Yet despite a conflict that has left 7 million on the brink of starvation, there is little end in sight to fighting between Iranian-backed Houthi rebels and the country's Saudi-backed government.  Attempts to spur a U.N. investigation into war crimes committed by both sides have so far failed. Support for the Saudi-backed government by the U.S., U.K. and France is also complicating efforts.

On this edition of Global Journalist, we discuss Yemen's humanitarian crisis, the collapse of independent media in the country and the role of outsiders in fueling a conflict that has generated startling levels of human suffering.