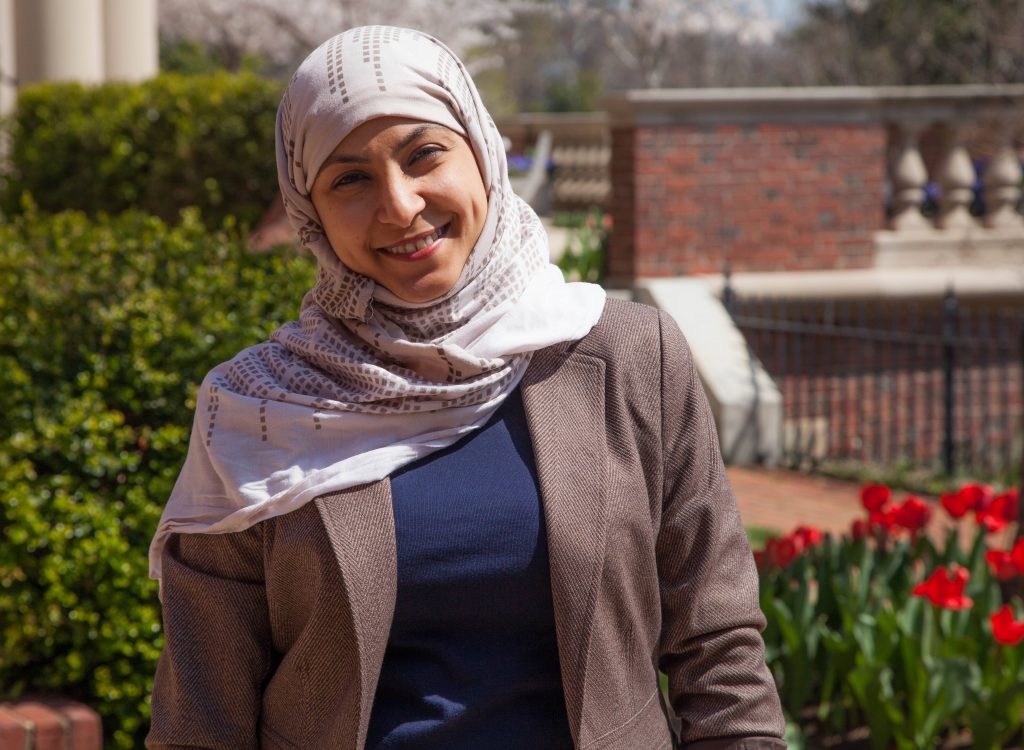 "I made a promise to a child that I would save him and I couldn't."

The war in Yemen that Fadia Thabet left behind isn't getting better.

Civilians, including children, are still routinely killed or wounded by snipers. Preventable diseases like cholera and dengue fever go untreated and have sickened tens of thousands. Bombs from a coalition backed by the U.S. and led by Yemen's neighbor Saudi Arabia continue to fall on civilian targets like apartment buildings. Humanitarian aid is often blocked from reaching those most in need, whether they're in territory controlled by Houthi rebels, a Saudi-backed coalition armed by the U.S., or al-Qaida's local affiliate.

Thabet's response to the violence in her native land was to try to document and prevent human rights abuses. As an aid worker for the Danish Refugee Council, she worked to prevent boys from joining al-Qaida as child soldiers. As the war intensified, she documented rape, kidnapping, use of land mines and other abuses.

Thabet, now 30, left Yemen in 2015 and earlier this year was awarded an International Woman of Courage Award by the U.S. State Department. She spoke with Global Journalist's Samantha Lucas from Vermont, where she is now a graduate student at the School for International Training. Below, an edited version of their interview:

Global Journalist: Tell us about when you began to realize the scope of the crisis in Yemen.

Thabet: I was in Yemen last on June 30, 2015. I had been working in Yemen for six years, but we never saw a crisis that affected the whole country. At first [with the Danish Refugee Council], we were working against small terrorist groups, like al-Qaida, and they were just occupying small cities. But when the war began in 2015, I knew it was a humanitarian crisis because you couldn't even get supplies from other cities.

GJ: Why did you do this kind of work?

Thabet: I wasn't providing assistance as much as I was documenting what happened to the kids and war crimes, even though it was really difficult because you had to keep a low profile.  Most of the [aid] organizations evacuated to places like Jordan, Djibouti or Somalia.

I put myself in a lot of risk to do this. But it was worth it because we know this crisis will end. Whether it lasts a short or long time, it will end. And then people will demand justice. If you don't document anything, people will not be able to find any justice. Even if you think about the reconciliation process, that will not happen without having the truth available somewhere. A displaced boy poses for a photo at a camp for internally displaced people in the outskirts of Sanaa, Yemen, June 8, 2016. (AP Photo/Hani Mohammed)

GJ: What motivated you to keep documenting things as the situation got worse?

I remember a couple of times when I had to leave my house and walk almost an hour because [public] transportation was not a viable option and you couldn't take your car because it created a high profile. While I was walking, there would be Houthi snipers on top of a building and I would have to put my head behind a car and duck down just to get to the hospital safely to see the kids who had actually been [shot] by those rebels.

GJ: What has caused conditions for ordinary people to worsen?

Thabet: First, we have the blocking of humanitarian aid. Whether it is from the rebels or the coalition of the government and the Saudis, a lot of the supplies are being blocked. I was trying to get some supplies to cities and they were blocking trucks which were just loaded with food and medical supplies.

Then, we have a ton of people who were displaced from one area to another, so some areas are really crowded and those people are just seeking safety and shelter. They just want a place where they can stay safe with their families, whether that's in hospitals, schools or other places.

There's the cholera outbreak, famine and dengue fever, which killed almost 5,000 people in the south because of the lack of supplies. In addition we had 3.5 million kids out of school. We have the black market, which is benefiting from the humanitarian crisis and the fact that the supplies from humanitarian workers were not getting to the people in need. The black market takes advantage of [desperation]. GJ: Tell us about an experience that stands out from your time as a child protection worker?

Thabet: There was a kid, he was 16 years old, and he got a stray bullet [in his back] from one of the Houthi rebel snipers while he was helping his mom inside the house. He was paralyzed immediately. His family was really struggling to find the money to conduct a surgery and because of the lack of resources , they were looking for help to take him to Saudi Arabia or other countries.

His mom told me that he was a really young, active guy that was just full of happiness and joy. I looked him in the eye and said "I will do my best to get you all the treatment that you need and deserve."

I was trying very hard to coordinate within my organization and other organizations but with the security situation, it was really hard. Even the logistics were really hard.

I got everything together after maybe three weeks. I got to the hospital and was in contact with his mom, and then they told me that he died.

I guess the saddest part for me was that I had never made a promise and not fulfilled it. I remember that he looked at me in the eyes and said "I trust you. I know that you are going to save me."

I made a promise to a child that I would save him and I couldn't. I did everything I could, but I couldn't save him.

GJ: What do you think needs to be done to help the Yemeni people?

Thabet: I could give the really easy answer that is the same as many others are saying: that we need more humanitarian assistance.

But security is a precondition for development and democracy. If there is no security, whatever we are doing as far as humanitarian assistance, it won't help...

[In Yemen] most of the people are in need of humanitarian assistance, but there are questions we need to be thinking about. Are these humanitarian efforts going to the right people or the people who need it the most? How can we achieve transparency when some of these U.N. organizations have been receiving money from countries that have been giving [military aid] to the Saudis? How can we hold ourselves to our morals?

The problem with the peace talks in Yemen is that they [have] only included the people in power – the Houthi rebels, the Yemeni government in exile in Saudi Arabia – but what about the civilians? What about the grassroots organizations that are strategizing about how to achieve development and democracy? They are completely neglected from this process. Their voices are not being heard.