Rescue workers ready for next migrant tide in the Aegean 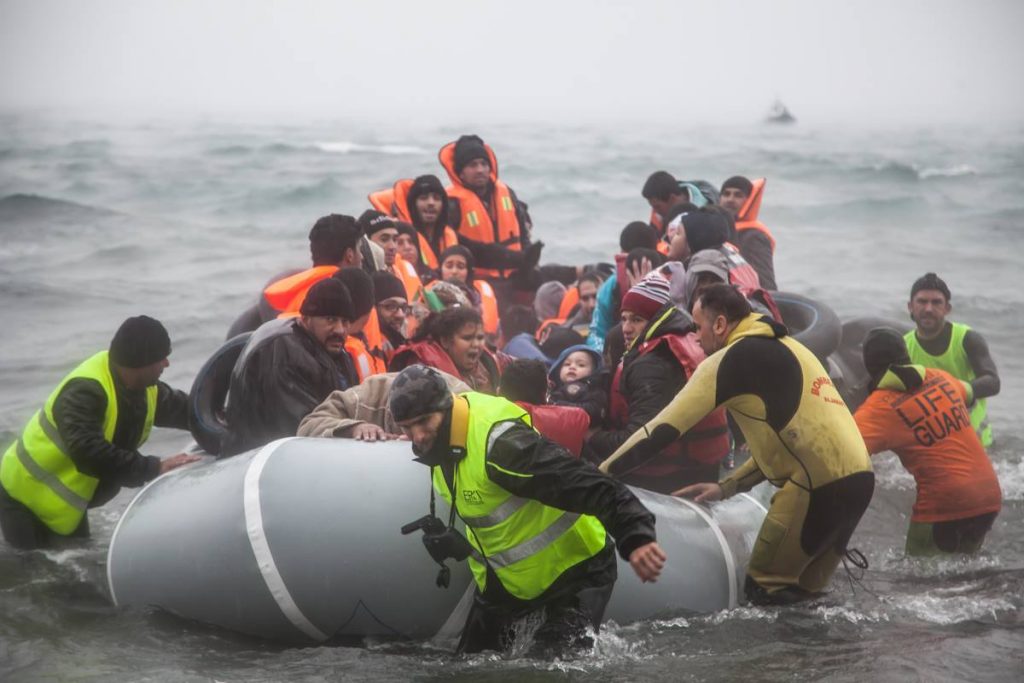 "It’s these moments that remind us that every life counts."

In 2015, more than a million migrants from countries like Syria, Afghanistan and Eritrea tried to cross the Mediterranean to reach safety and a better life in Europe. More than 3,700 of them died in the effort, according to the UN's migration agency.

This year far fewer have attempted to make the dangerous voyage after an EU agreement with Turkey curtailed the number of boats heading for Greece. Under that deal, migrants picked-up in Turkish waters are returned to Turkey if their asylum applications are rejected. But of those who are setting sail for southern Europe, a much higher rate are dying. Through Aug. 6, fewer than 117,000 people reached Europe by sea, but there have already been 2,405 deaths.

Among those trying to stem the toll is the Emergency Response Centre International, a nonprofit search and rescue group, which patrols the waters off Turkey. Mirella Alexou, director of the group, says the organization is increasing its search and rescue operations after noticing a recent spike in crossings near the area where it works of the Greek island of Lesbos. Alexou spoke with Global Journalist's Jaime Dunaway about its efforts, which it says have resulted in helping 45,000 people reach safety.

Global Journalist: What was it like working search and rescue missions during the peak of the migration crisis?

Alexou: I was on the beaches of Lesbos when up to 8,000 refugees and migrants would arrive per day. It was absolutely crazy. No one had ever seen anything like this before. Everyone was racing up and down the coast trying to keep up with the boats arriving simultaneously in order to provide blankets, water, food and medical assistance to everyone arriving.

GJ: The EU agreement with Turkey has been considered successful in reducing the number of migrants making the journey from Turkey to Greece. How has that affected your search and rescue operations?

Alexou: Actually, we’re scaling up at the moment. We don’t know why, but the numbers are picking up again. It’s an interesting phenomenon. ERCI patrols the waters off the Greek island of Lesbos (in red) in the Aegean.

We are on the tip of our toes, closely monitoring the situation, and trying to understand if we are going back to a situation like what happened in 2015. We are doing our best to be prepared, constantly conducting drills, to make sure our teams are prepared for whatever might happen.

GJ: How do search and rescue teams find migrants?

Our search and rescue team performs daily eight-hour shifts at designated spots on the island of Lesbos, overlooking and monitoring the waters for incoming refugee boats. During the peak of the crisis however, our team was monitoring the waters 24/7 on three different spots. It entirely depends on how the situation is, and we adapt accordingly. We also aim to collaborate with the local authorities and assist them as much as possible.

GJ: What is the response from migrants when rescue boats arrive?

Alexou: It is a very intense experience for everyone. How would you feel if you had never been to the sea or know how to swim and suddenly you need to embark on a floating dinghy that normally fits up to 12 people, but now you need to ride it with 30 or 50 people in the dark with no directions, no skipper and often without even a lifejacket? They are perfectly aware of how dangerous the journey is, and they are just grateful they made it to the other side alive.

If we need to assist a refugee boat in the middle of the sea, one of the first things our team will do is ensure them that they are safe, they are in Greek waters and soon a ship will help them get out of the water safely. One of their major concerns is if they are still in Turkish waters. They fear that they may be pushed back.

GJ: Is there a rescue story that stands out in your mind?

Alexou: In early 2016 there was a refugee boat that had been getting water inside midway to Greece, so everyone aboard was scared and started to panic. They managed to make it to the shore where our team was waiting to assist them, but everyone rushed to get out of the boat. Once everyone was out, we realized there was a small child left behind, 3-years-old, lying unconscious on the bottom of the boat, head down facing the water. He had been stepped on while everyone was racing to get out of the boat.

Our field director instantly pulled the little boy out and started performing CPR. They managed to keep him alive until an ambulance came to take him to the local hospital. It was one of the few cases in which a military plane was then ordered to travel from the island to Athens so the child could be transferred to the central children's hospital.

The boy remained for more than a month in the ER and everyone was worrying if he would make it at all. A few months later and many hospital visits, he was back walking again and smiling. It’s these moments that remind us that every life counts. GJ: What are the conditions like in the refugee camps?

Alexou: There has been improvement on how the camps are on the islands in terms of infrastructure. Container boxes have substituted the tents. There are more services available.

However, the pressing problem is not the condition of the camps, rather the mental health of the refugees living in them. Some have been living in the same camp that was designated for a few-day stay for over a year now. No matter how much better a camp may be, much more serious help needs to be administered.

Sadly, funding has been drying up for the refugees in Greece. As a result, many aid organizations are stepping out or planning to in the near future. This means that many services and maintenance remain unattended, creating problems in the daily routines of the refugees living in the camps.

GJ: Is there a story from the refugee camp that stands out to you?

Alexou: I was recently in one of the biggest camps in Greece, and there was a man who told us his story. He wasn’t from Syria or Iraq. He was from a less-developed country in the Middle East, and he was tortured because of his beliefs. He was Christian. They killed his father, and they kidnapped his two children. He is still missing the rest of his family.

That’s a reminder that nothing is black and white. There are so many reasons why somebody needs to leave his place and find a new life.