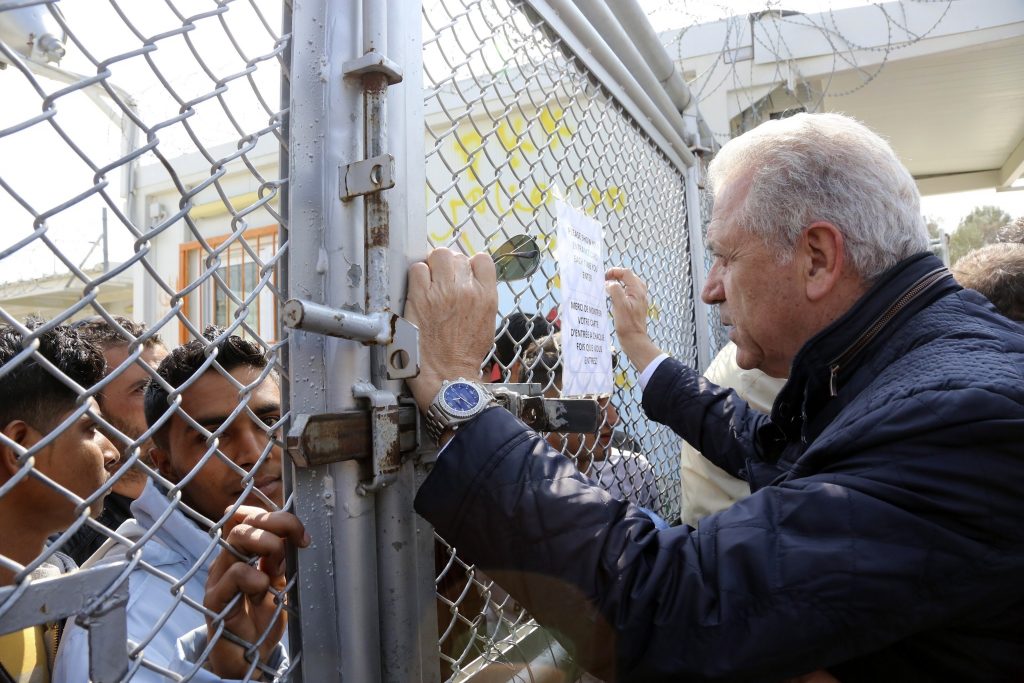 EU Migration Commissioner Dimitris Avramopoulos, right, speaks with migrants at the Moria refugee camp during his visit on the northeastern Greek island of Lesbos, March 16, 2017. Over 62,000 refugees and migrants are stranded in Greece after a series of Balkan border closures and a European Union deal a year ago with Turkey to stop migrant flows. (Manolis Lagoutaris/Pool via AP)

Back in 2015, the immigration crisis in Europe was in headlines worldwide. Since then the numbers of people crossing the by sea to the continent has declined from more than 1 million annually to just 126,000 through early September of this year, according to the U.N.'s migration agency.

But many problems remain unresolved. Not least for the tens of thousands of migrants who arrived in Europe over the past few years and still find themselves in legal limbo. On this edition of Global Journalist, we look at Europe's tortured efforts to address the problem, and get an up close view at conditions for migrants in France and Greece.