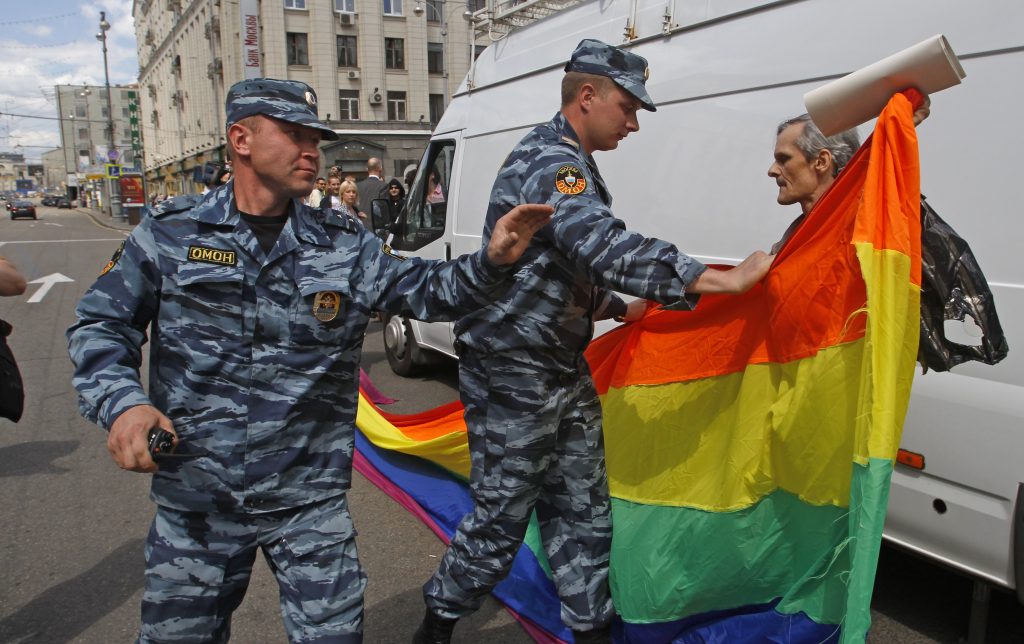 Russian police officers detain a gay rights activist with his flag during an attempt to hold a gay pride parade in Moscow, Russia, May 27, 2012. (AP Photo/Mikhail Metzel)

Over the past year, authorities in the Russian republic of Chechnya have reportedly arrested dozens of gay men, in some cases imprisoning them for weeks and torturing them with electric shocks.

Combined with a 2013 law banning what President Vladimir Putin's government called "homosexual propaganda," the Chechen crackdown seems to indicate that Russia is becoming increasingly homophobic even as LGBT rights are being strengthened in many other countries.

On this edition of Global Journalist: a look at gay rights in Russia, including an interview with the first openly gay comedian to appear on Russian television.