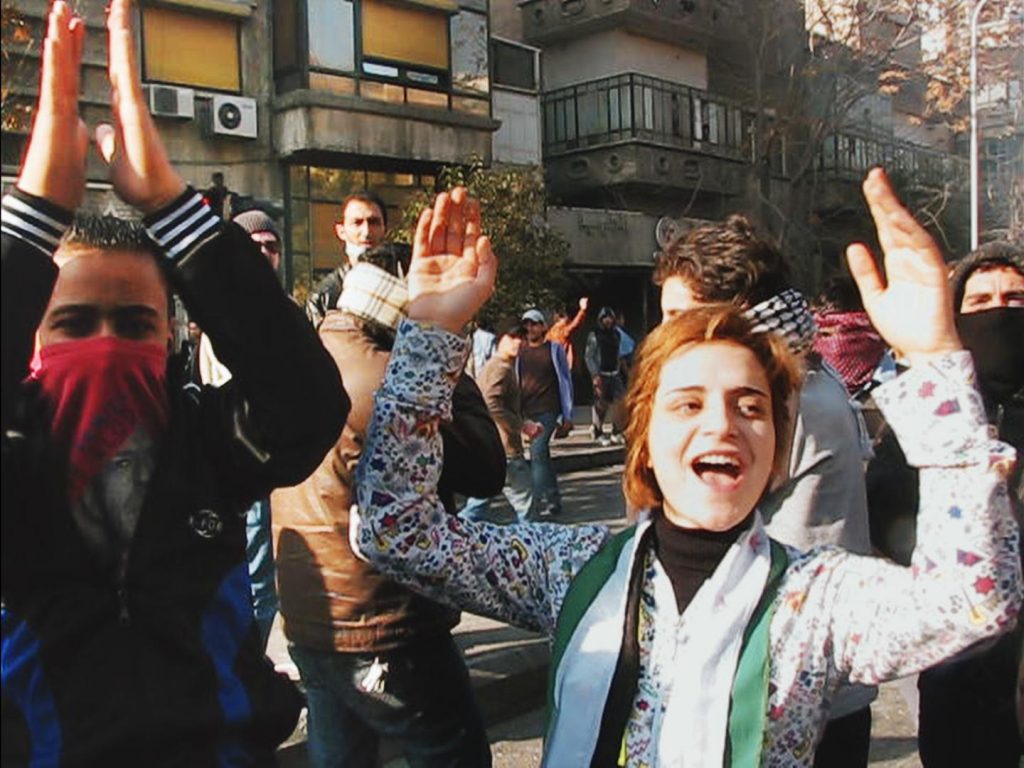 An image of Syrians protesting from the film "The War Show," which premiered on U.S. television in July on PBS. (Courtesy image)

The level of violence against civilians in the Syrian civil war has made it extraordinarily difficult for journalists to cover. That's meant many of the images we have from inside Syria come from citizen journalists documenting the conflict on their smartphones.

That technique is used to great effect in "The War Show," a new documentary about the conflict that screened at the True/False Film Festival in Missouri and recently premiered on television on PBS. The film follows the life of a young radio disc jockey in Syria from the heady early days of protest to its descent into mass killings, abductions and torture. Yet rather than focus on the war's gruesome violence, "The War Show" shines a light on the emotional toll of the conflict on its protagonist Obaydah and other young Syrians.

On this special edition of Global Journalist we present an extended interview with producer Alaa Hassan, himself a Syrian who fled the conflict. In the interview, Hassan discusses how the internal lives of Syria's young people changed as hope-filled protests turned to a dark cycle of violence.