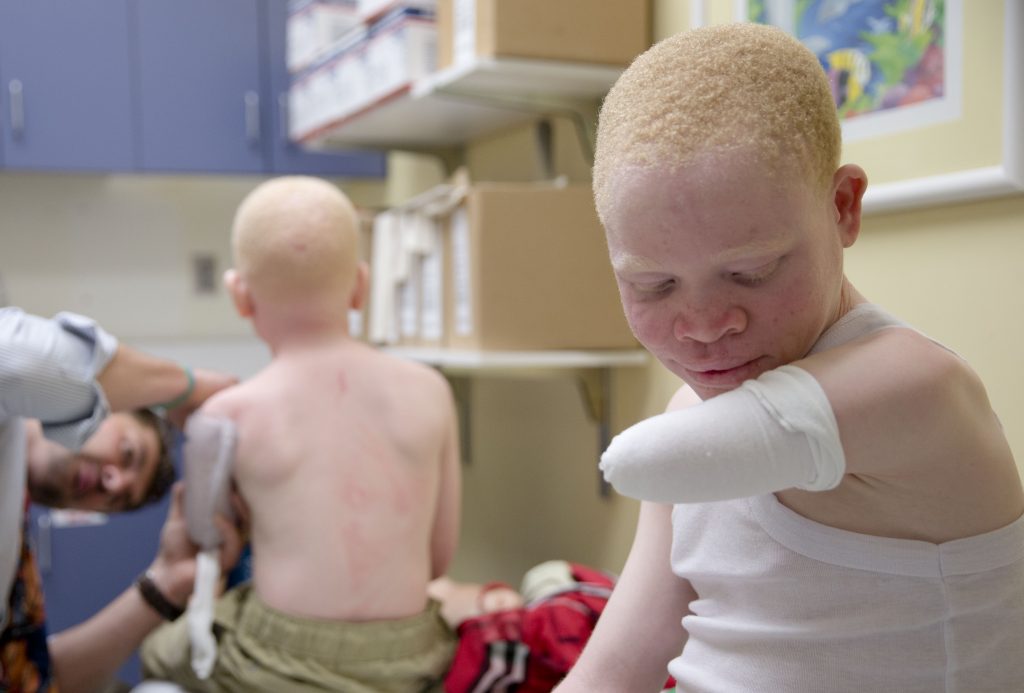 Tanzanian boys ages 12 and 13 are fitted with prosthetic limbs July 23, 2015, at Shriners Hospital for Children in Philadelphia. The two boys with the hereditary condition of albinism were in the U.S. to receive free surgery and prostheses at the hospital. The children were attacked and dismembered in the belief that their body parts will bring wealth. (AP Photo/Matt Rourke)

People in rural parts of Tanzania and other areas of East Africa face a lot of challenges. But life can be particularly difficult for people with albinism.

Albinism is a genetic disorder that causes a baby to be born without melanin, a pigment that gives skin color and protects it from the sun, and people with albinism have pale white skin and hair.

But these attacks aren’t the only challenges faced by people with albinism East Africa. On this edition of Global Journalist we’ll hear more about this form of discrimination.