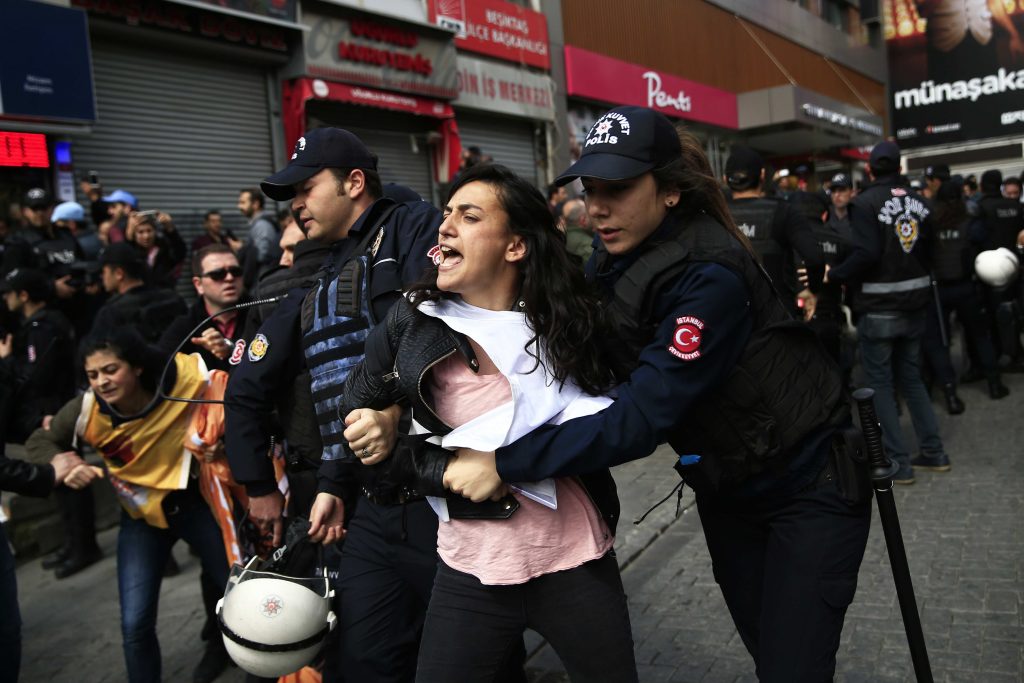 Police arrest demonstrators as they march during May Day, in Istanbul, May 1, 2017. (AP Photo/Lefteris Pitarakis)

Fifteen years ago, Turkey was the great democratic beacon of the Islamic world.

Back then Turkey’s current President Recep Tayyip Erdogan was viewed as a moderate Islamist and modernizer.

How times have changed. In recent years Erdogan's Turkey has become an authoritarian state.

A failed military coup last year led to a massive purge of government workers. Dozens of independent media outlets and publishers were closed and more than 47,000 people arrested. An estimated 100,000 teachers, civil servants and other officials have been fired and blacklisted from government work. In April, Erdogan narrowly won a constitutional referendum granting him sweeping new powers, including a change to term limits that would let him stay in office until 2029.

On this edition of Global Journalist, we examine Turkey's dying democracy and its prospects for the future.