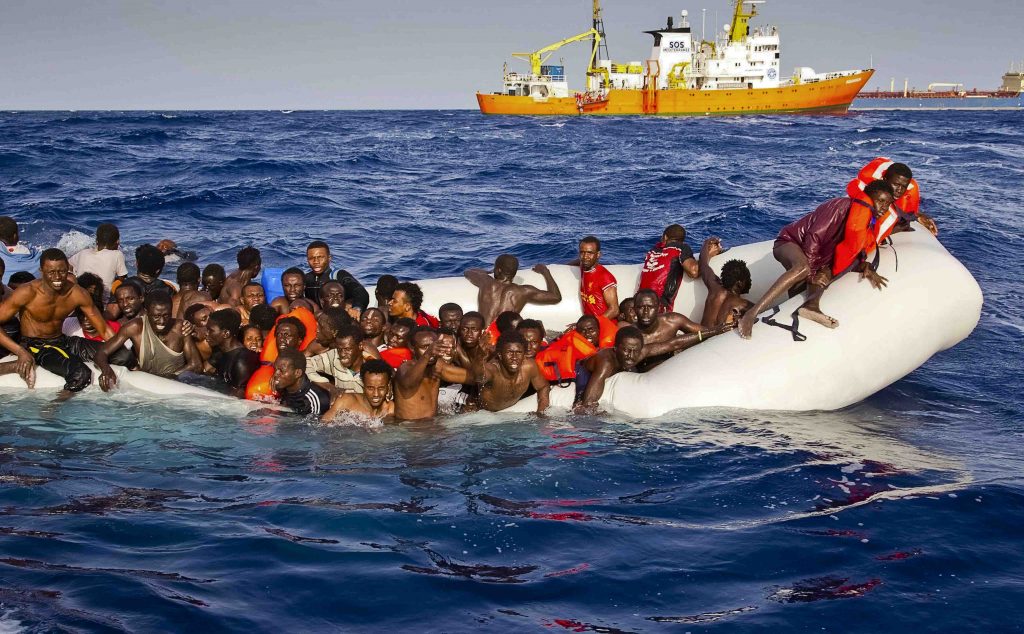 Migrants ask for help from a dinghy boat as they are approached by the SOS Mediterranee's ship Aquarius, background, off the coast of the Italian island of Lampedusa, April 17, 2016. (Patrick Bar/SOS Mediterranee via AP)

On this two-part edition of Global Journalist, a look at political corruption in Malaysia and a controversial new film about migration to Europe.

In Malaysia, the country's politics have been in turmoil for two years amid a corruption scandal involving the prime minister and allegations of money laundering in a government investment fund known as 1MDB. Joining the program to talk about why the allegations have received little coverage in the southeast Asian nation's media is Nicholas Cheng of the Malaysian newspaper The Star.

In a separate interview, the Dutch filmmaker Guido Hendrikx speaks about his new film "Stranger in Paradise," a hard-edged look at how migrants are received in Europe. The film has shown at the International Documentary Film Festival Amsterdam and the 2017 True/False Film Festival in Missouri.