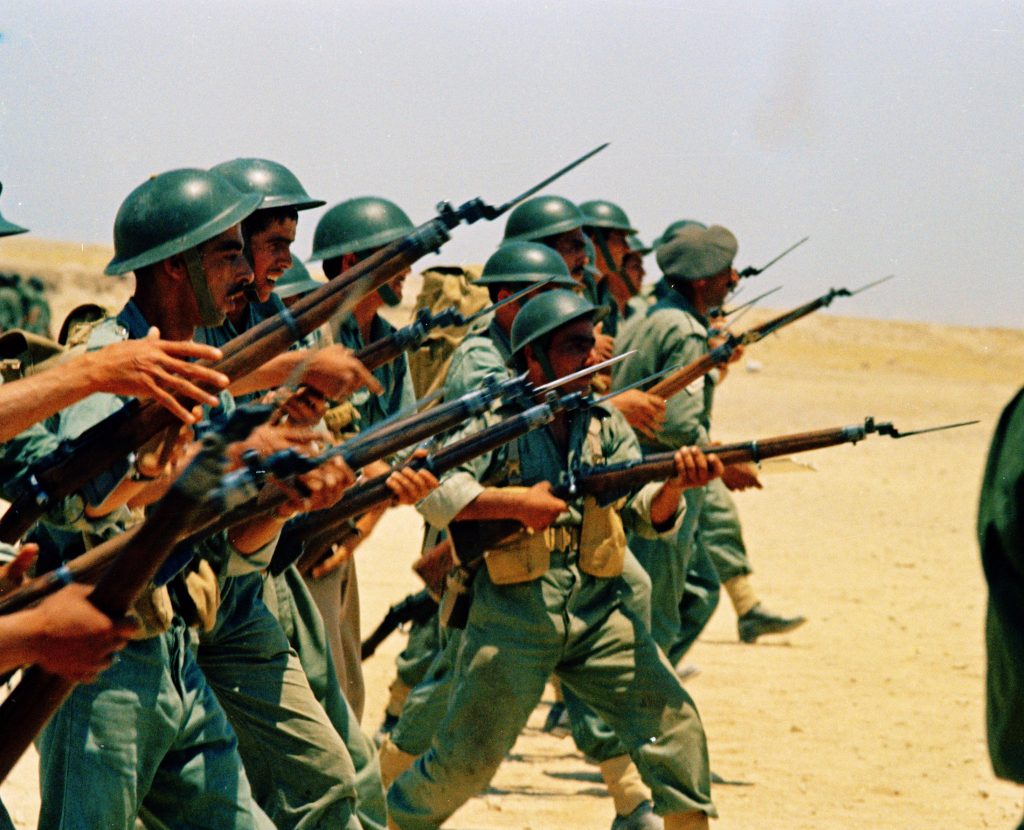 Jordanian troops drill on the Israeli border just days before the shooting started in what would become known as the Six-Day War between Israel and three Arab states, June 1967. (AP Photo)

Fifty years ago this week, Israelis were riding high. In just six days, the Jewish state’s army had won a stunning victory over the combined militaries of Egypt, Syria and Jordan. Israel more than tripled in size, winning control of the West Bank, the Golan Heights, the Gaza Strip and the Sinai peninsula.

But a half century later, the legacy of that war looks decidedly different. This month’s celebrations in Israel were muted, not least because its military continues to occupy the West Bank and guard over 3 million stateless and impoverished Palestinians.

On this edition of Global Journalist, a look at the mixed legacy of the Jewish state's greatest military victory.