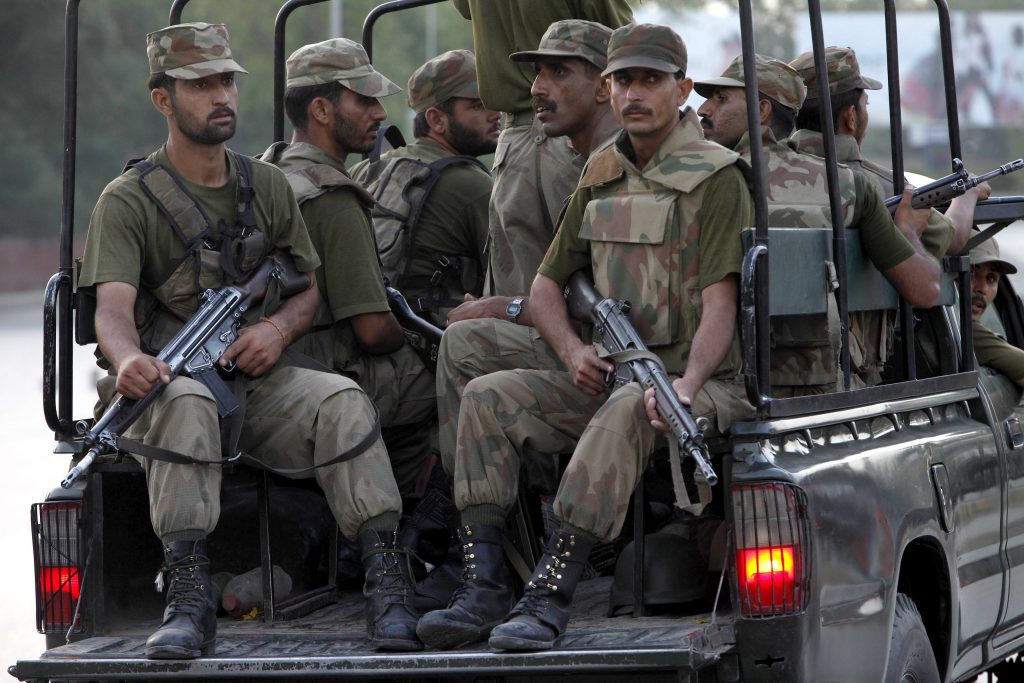 Pakistan army soldiers patrol in the vicinity of a suicide bombing area in Peshawar, Pakistan on May 25, 2011. (AP Photo/Mohammad Sajjad)

On this week's program, a look at two of the most difficult places for independent journalism: Cuba and Pakistan.

In Pakistan, journalists routinely face threats not only from the Taliban and other extremist groups but also from the government and intelligence agencies.

Meanwhile in Cuba, independent digital media is in its infancy after decades of Communist rule – and journalists face continuing uncertainty over when they may face arrest.

Both journalists are visiting the United States on fellowships from the Alfred Friendly Press Partners.