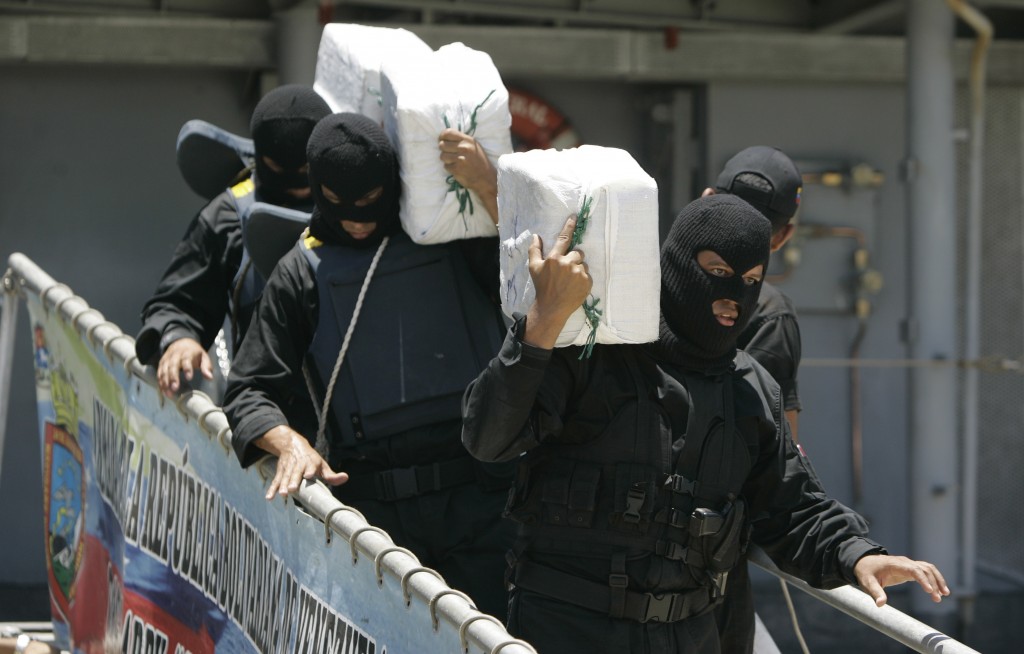 Venezuelan navy police officers carry packages of seized cocaine to be shown to at a press conference in Punto Fijo, Venezuela in 2009. (AP Photo/Ariana Cubillos)

Venezuela may be mired in political and economic crisis. But governance in the country is also undermined by the involvement of senior government officials in the drug trade.

Among those sanctioned or facing criminal charges in the U.S. are the country's vice president, interior minister and top military officials loyal to President Nicolás Maduro.

By one estimate, as much as 40 percent of the world's cocaine passes through the country. On this edition of Global Journalist, a look at the drug trade in Venezuela and how the involvement of government officials is shaping the country's politics.