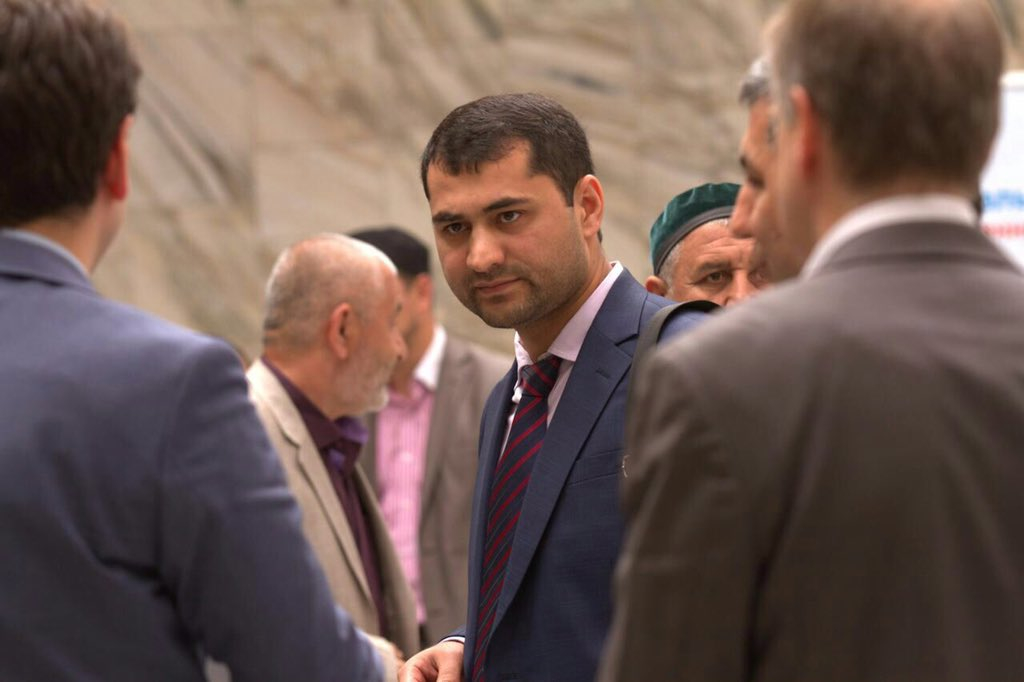 "People from the government burst into my father-in-law's house and told him that I was leading an illegal channel."

Distributing independent news in the Central Asian nation of Tajikistan is no easy task. But in 2013, a young journalist named Muhammadjon Kabirov gave it a try.

In Tajikstan, a former Soviet republic which borders Afghanistan to the south and China to the east, the state-run broadcaster dominates the airwaves with news praising President Emomali Rahmon. Independent reporters are often harassed for covering sensitive topics. According to the rights group Freedom House, taboo topics include corruption, Islamic militancy and territorial disputes with neighbors. Insulting the president is a crime punishable by up to five years in jail. To try to break through the government's grip on information, Kabirov opened a satellite news network based in Russia called Central Asia Television, or CATV, with programming in both Tajik and Russian. The news featured interviews with opposition figures and dissidents whose voices didn't appear in state media. For Kabirov, it was a new undertaking. A political science major in university, he had lived in the U.S. for three years, and worked in fast-food and later opened a fried chicken restaurant in Manhattan.

Shortly after CATV went on the air in 2015, Kabirov and his staff began feeling pressure. Its satellite signal to Tajikistan was jammed and the website was blocked inside the country. Even though the network was based in Russia, the staff wasn't immune to threats from the Tajik government.

Tajikistan is a close ally of Moscow, and is home to a large Russian military base. As Kabirov and colleagues documented in a complaint to the Organization for Security and Co-operation in Europe, staff members were soon receiving anonymous threats via phone and social media. A cameraman quit after reportedly being pressured by someone from Tajikistan's embassy in Russia. Family members of CATV staff living in Tajikistan were interrogated and threatened. Kabirov's own father-in-law in Tajikistan was threatened.

In February 2016, the network shut down. A "suspicious Tajik man came to the office and took pictures [of] my colleagues inside," he says. Two days later, Kabirov says the Russian government closed the office and confiscated its property. Kabirov says that he and at least six former staffers are now in exile in the European Union and Ukraine.

Even after the channel was closed, Kabirov, now 34, says he continued to receive threats. His father who lives outside of the Tajik capital Dushanbe, received a notice that the government would confiscate his farm, vehicles, livestock and other property. His wife's family was also threatened. Now living in Warsaw, Poland, he spoke with Global Journalist's Safia Sadyr about his attempt to bring independent news to Tajikistan. Below, an edited version of their interview:

Global Journalist: What type of news did you cover at CATV?

Kabirov: There was no one particular type or one story. We tried to give a different view than the state media. We followed the [2015] elections in Tajikistan very closely. We interviewed a lot of representatives of the opposition over Skype. We also covered the rape case which involved a high-profile ex-minister [and opposition figure] and then the arrests of the lawyers that worked on this case.

GJ: What were your sources of information?

Kabirov: Most of our reporters were Tajik student volunteers studying in Moscow. We received some articles and information from journalists in Tajikistan who were not in a position to publish it locally, so they sent it to us. The other way we got information was from Skype calls with politicians, activists and government insiders.

GJ: Where did you get your money?

Kabirov: A big part of it came from a businessman in Moscow, a [Tajik] diaspora organization in Moscow, and then from fundraising from people who would send one dollar or two dollars, as much as they could. Tajik President Emomali Rahmon, pictured at UN headquarters in New York in 2015. Rahmon has been president of the central Asian nation since 1994. (AP Photo/Richard Drew)

GJ: You left Russia because of threats you and your staff received. Tell us about one of the threats.

Kabirov: In March 2016, people from the government burst into my father-in-law's house and told him that I was leading an illegal channel and cooperating with the banned [opposition group] Islamic Renaissance Party of Tajikistan.

My family members, who were in the house at that time, were then taken to the police station and interrogated. In the end they were told that if I won't stop what I am doing, then I will face problems and even [the] threat of death. Similar instances happened to other reporters of CATV and their families.

Kabirov: Currently, I am not so active in media. But I am still active on social media and am planning to relaunch CATV in the future. This time I prefer to start with online and YouTube [distribution], while looking for better opportunities to start broadcasting by satellite.

At the same time I'm helping my colleagues to relocate to safe places. I believe we must fight for freedom of speech and freedom of opinion, and I'm hoping that the international community will force the Tajik government to act.