A lens on Venezuelan street crime 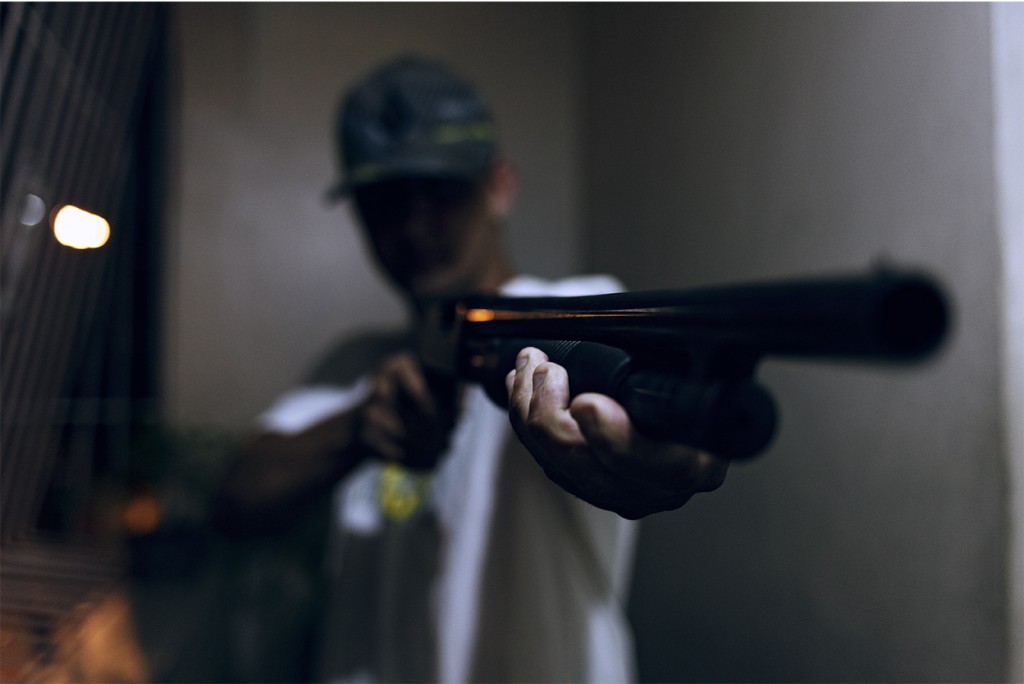 "The drug trade is why we still have the government we have."

Adriana Fernández first wielded a camera at the age of 16 to take pictures of friends involved in the graffiti scene in her native city of Caracas. Although she didn't see it at the time, Fernandez now says that it was evident that law and order in Venezuela was already deteriorating.

Shooting graffiti artists was a gateway to photography for Fernández. Caracas has one of the highest rates of violent crime of any city in the world, and Fernández began photographing gangs, drug dealers and others affected by street crime for a project that became "Lost Paradise: The Faces of Venezuelan Gangs." "I kept finding these very interesting characters and talking to them on a daily basis and taking portraits of them," she says. "As I realized that everything was escalating beyond our control, I started gathering photos and doing the project in a more systematic kind of way."

In July Fernández moved to New York to pursue a master's in journalism at Columbia University, and hopes to return to Venezuela to continue her project. She spoke with Global Journalist's Lauren Wortman about the growing drug trade and how Caracas has changed.

Global Journalist: When did you become interested in journalism?

Fernández: I got a camera in 2009 and by then I had a lot of friends who were graffiti writers and I started photographing them for maybe four years. That became a masters project for my thesis. I remember my professor, he called my mom in and he told her ‘you should really support her in this, she’s good at it.’

That changed my life. Having my family on board meant a lot to me. And things are getting more dangerous… it would have been so difficult for me to move forward with the circumstances and having no support. GJ: What was it like growing up in Caracas amid rising crime?

Fernandez: As a kid growing up there… it’s like getting fat little bit by little bit and you don’t realize until you see it from the outside. We were in [Caracas] trying to be normal teenagers, but things that just didn’t happen before started happening. I remember one time I was with the graffiti writers under a bridge, and we heard sort of a boom so we turned around and we saw a person lying on the floor. When we approached him we realized that someone had thrown him off of the highway above us. Things like that started happening more [often].

GJ: When did you become interested in reporting on crime?

Fernández: Cocaine got so bad after [former president Hugo] Chavez came to power... I was seeing the effect it was having on everyone’s lives in a very shadowy and ghostly way. You don’t really feel the direct impact of the drug trade on your everyday life, but once you sit down and think about it, you realize that it’s changing every dynamic in the country. I leaned toward that because I wanted some kind of accountability.

GJ: Tell us about your project on crime called "Lost Paradise."

Fernández: I always have my camera with me, and I kept finding these very interesting characters and talking to them on a daily basis and taking portraits of them. As I realized that everything was escalating beyond our control, I started gathering photos and doing the project in a more systematic kind of way.

The opening image is a picture of a guy who has all of his face cut up. He got those cuts in an infamous prison in Caracas. That was the way that criminals handled their issues, and he would talk about it like ‘yeah, we were men and if we had a problem we would pick up some knives and see who made it through.’ He was saying ‘now everyone has a gun, they can just shoot anyone, and no one is a man anymore. GJ: How did you realize that the problem went deeper than street crimes?

Fernández: When you go to the corners of the country you will see a lot of shady stuff...a lot of containers getting shipped in the middle of the night. There are regions of the country that are taken by warlords, and they’ve become almost places that you can’t go to. For me, it was always popular knowledge, we kind of always knew. You see people in the military driving 2017 model trucks and you have to ask yourself: where is this money coming from? GJ: Do you believe the drug trade has any role in the current unrest in Venezuela?

Fernández: The drug trade is why we still have the government we have in spite of popular unrest-this must be one of the least popular governments we’ve ever had–and they’re still standing.

When you look into the military and how much money you gain from the cocaine trade, why would these high-ranking officials want to let go of a government who is protecting them in making all this money? The cocaine industry and the oil industry feed directly into their pockets, so it makes sense that they would never join with opposition leaders and they would never even think about another system than the one they have now.