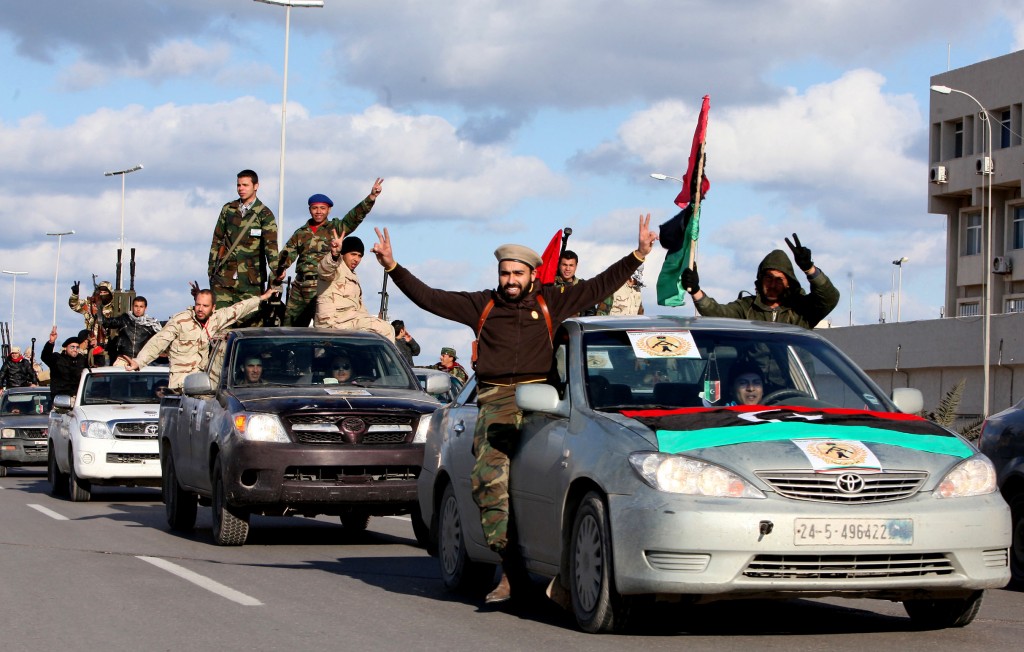 "I know what it feels like to be hunted, because it’s happened before."

Libyan journalist Heba Alshibani was no stranger to threats from the North African nation's warring militias.

There had been plenty of menacing comments directed at her online. In 2012, a story about human rights violations at a prison run by one of Libya's warring militias for the liberal news station Alassema TV led to a kidnapping attempt against her. "I was lucky and managed to get away," she says. Then in August 2014, soon after the pro-Islamist militia Libya Dawn captured Alshibani's hometown of Tripoli, she got a message from a fellow journalist warning her that she was again being targeted.

"Heba, They will send someone tomorrow to pick you up. Leave the city for a few days," it read.

By then Alshibani was working as a correspondent for Reuters, and the international news agency's security team thought the warning was legitimate.

Alshibani had been a reporter only since 2011, when Arab Spring protests against dictator Muammar Gadhafi's government quickly led to a military crackdown and civil war. During the war she had worked for Alassema TV, and later for the pro-Islamist Alnabaa News TV, where she hosted a show focused on women's issues that put her in frequent conflict with the station's conservative management.

But after the threat, Alshibani along with her husband and 7-month-old daughter packed a few bags and left for neighboring Tunisia in an unmarked car. They left behind a country with limited press freedom: Libya ranks 164 out of 180 on Reporters Without Borders' World Press Freedom Index, and a place where women journalists face particular challenges.

For a time after her flight, Alshibani covered North African news for Reuters in Tunisia, Morocco and Algeria, but decided she was still too close to Libya to be safe. Now Alshibani, 30, is a presenter and producer for the satellite network Libya's Channel based in Malta, where she covers the country's ongoing civil war from afar. She spoke with Global Journalist's Lauren Wortman about covering Libya's war and her hopes of return. Below, an edited transcript:

Global Journalist: You were working as a sales manager for a hotel company in Libya before the war. What made you decide to be a journalist?

Alshibani: One of my hobbies is to take videos and edit them. A friend of [my husband and I] asked for our help, he was starting a TV and radio channel [Alassema], so I started helping with managing and organizing things. We found ourselves in a predicament where we couldn't find presenters and producers, so I started helping out.

GJ: What kind of shows did you produce?

Alshibani: [At Alnabaa News TV] I had my own show about civil society addressed to women, which wasn't easy to produce. Libya, like the rest of the region...is male-dominant so to make a show called "Eve" that's catered specifically to women, and it's not about makeup or style, is hard. It was about educating women on their rights.

Another show I produced was called "Public Opinion," where I bring up what is important to the public [and] we let them say what they want to say.

GJ: How is working different for a woman journalist in Libya?

Alshibani: It's hard to be a woman in Libya and a reporter. Any guy carrying a gun in Libya these days feels it's easy to threaten a woman. They feel it's easier if they harass women in Libya because they are the weaker sex. But simply not carrying a gun doesn't make [women] weak.

There are a few women reporters who are still on the ground and I am proud of them. Any woman in Libya who is still trying to do her job, despite getting harassed, I salute her. A Libyan militia mans a checkpoint with heavy weapons during clashes with rivals near Bir al-Ghanam, 90 km north of Tripoli, in March 2015. (EPA/STR)

GJ: You left the country because of a threat from a militia. Can you tell us more?

Alshibani: I feel like my story is not that special, but the fact that [the militia] sent people to look for me was a little bit interesting. I know what it feels like to be hunted, because it’s happened before. People have tried to kidnap me before and have even attacked my car.

I had hoped that it wasn’t going to come to [leaving Tripoli] but I wasn't going to take the risk. My daughter was 7 months old at the time and we left with my husband in an unmarked car with only a few packed bags because we couldn’t go home to pick up our stuff. We were basically smuggled.

I decided that the best thing for my family was to move to Malta because [Tunisia] wasn't secure. A cameraman who left Tunis before us ran into someone from the militias in Tripoli and they told him they were looking for me.

GJ: What is it like reporting on Libya remotely rather than in the country?

Alshibani: It's so different because you don’t have that first-hand experience when you report on the story from the ground. Sometimes I miss that adrenaline rush but I do realize how dangerous it can be.

It’s safer here but it’s also heartbreaking because I’m not sharing the joy and the sorrow of the people. I believe that’s what makes a reporter a good reporter.

GJ: What is the future for journalists in Libya?

Alshibani: It keeps getting worse and worse, and part of it is the fault of the media. We are partly responsible. The channel I worked for [Alnabaa News TV] was extremist and it got really bad, it became full of hate speech.

And a lot of channels became that way on both sides. They made it OK for the general public to give back that hate speech and for militia to act on that hate speech. I’m hoping for things to change for the better, but I’m not holding my breath.