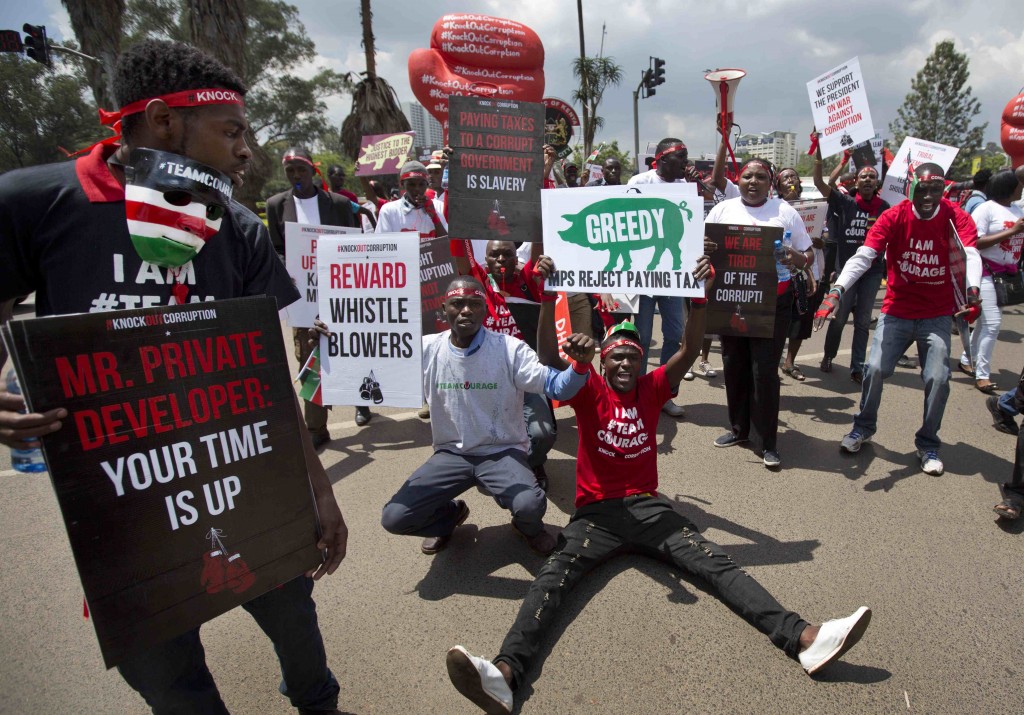 Protesters sit down in the street during an anti-corruption demonstration in downtown Nairobi, Kenya Dec. 1, 2015. Over a hundred demonstrators marched to the Supreme Court, Parliament, and State House on Tuesday to protest against corruption. (AP Photo/Ben Curtis)

Kenya has long been one of the richest and most developed countries in Africa. The capital Nairobi is a hub for businesses all over the continent, and its game parks and beaches are a magnet for tourists. But the country has a really big problem: corruption.

Last year, the head of the country's anti-corruption commission said that one-third of the government's budget is lost to corruption. The issue has become so large that President Uhuru Kenyatta even publicly labeled his own people as "experts at stealing and abusing each other."

Worse, the problem is fueling ethnic tension ahead of national elections in August. On this edition of Global Journalist, a look at Kenya's prospects for reversing the trend.