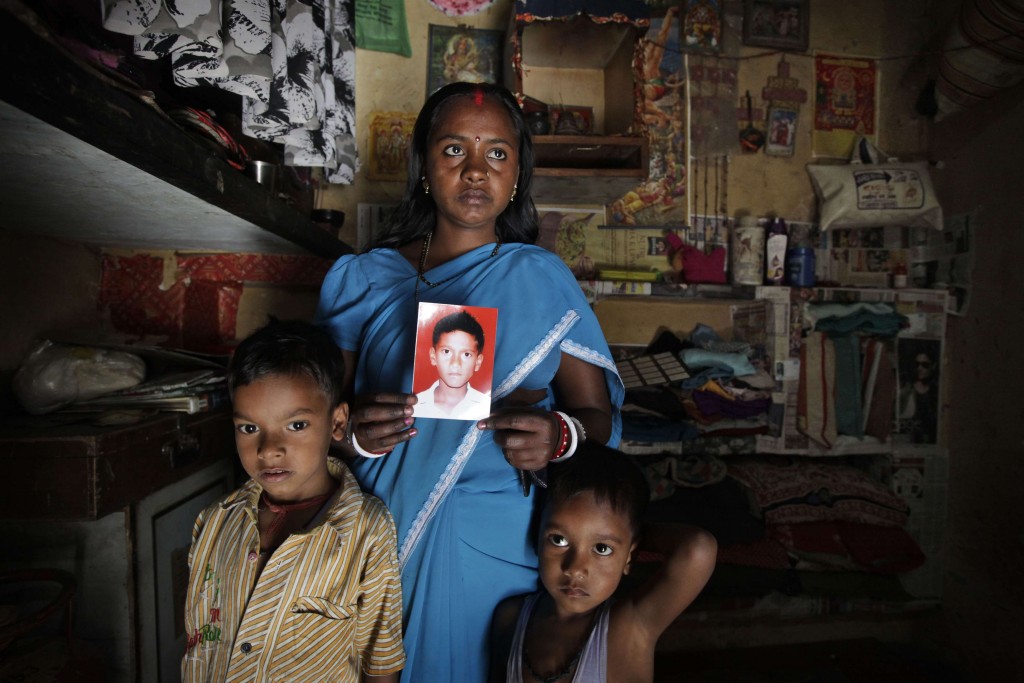 **HOLD ADVANCE TO GO WITH STORY SLUGGED INDIA MISSING CHILDREN BY NIRMALA GEORGE** In this Monday, March 25, 2013, photo, Pinky Devi shows the picture of her son Ravi Shankar, who was disappeared in 2010. Standing with her are sons Rahul, 7, left, and Ramesh,5, in their one room tenement, in New Delhi, India, March 2013. (AP Photo / Manish Swarup)

The movie "Lion" won enormous popular acclaim in 2016 for its heartrending tale about a 5-year-old Indian boy who loses his family after boarding the wrong train.

The movie has helped shed light on the huge problem of missing and abducted children in India. By one estimate, 180 children go missing in India each day. Most aren't as lucky as Saroo, the protagonist in "Lion," who is adopted by an Australian couple. That’s because in many cases they’re victims of human trafficking, and end up being sexually exploited or forced to work in factories or as household servants.

On this edition of Global Journalist, a look at the growing problem of child abduction and trafficking in India.