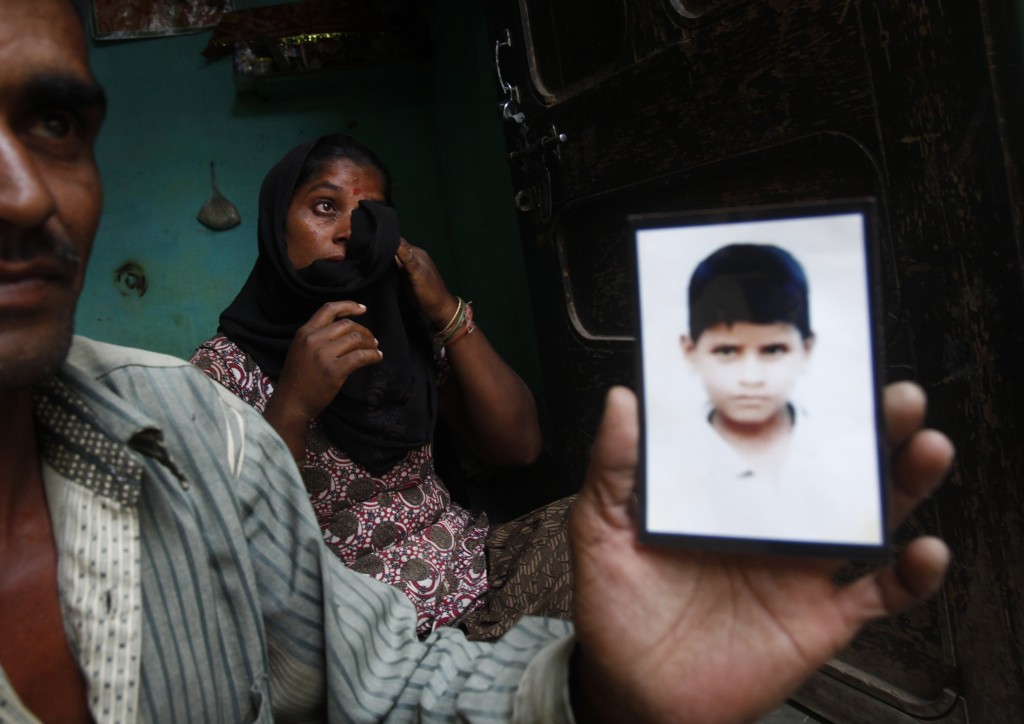 Pannalal, a 33-year-old construction worker in India, holds a photo of his missing eight-year-old daughter while his wife Sheela weeps. (Mansi Thapliyal/Reuters)

"They are just hoping to find their children's bodies at the very least..." It's hard to find something positive in the pain of a parent whose child has been abducted. Yet that's what Indian photographer Mansi Thapliyal is trying to do by documenting the families of children who have disappeared from the streets of the Delhi metro area.

In India, over 60,000 children go missing each year. Distressingly, a large and growing number are apparently never found. As of 2015, there were 62,988 untraced missing children, an 84 percent increase from 2013, according to government data obtained by the advocacy group Child Rights & You.

A number of factors are to blame for the problem. They include sex trafficking in children, forced use of child labor for domestic labor and organized begging syndicates that force children to work the streets for coins.

Thapliyal was inspired to begin taking pictures of the families of abducted children in 2013 after hearing the story of a 5-year-old girl who was kidnapped by neighbors on the outskirts of Delhi. "She was raped at the basement of a house for five days," she says. "This story made me think about the fear and worry parents go through when they lose their children."

Her hope is that by documenting the families' suffering, she can raise public awareness about the issue and increase pressure on authorities to better address the issue. Thapliyal, a freelance photojournalist who has worked for Reuters and other news outlets, shared her images and spoke with Global Journalist's Dewey Sim about the project. 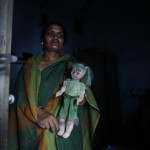 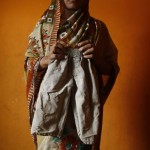 A mother holds the pants of her missing 3-year-old in New Delhi. (Thapliyal/Reuters) 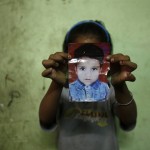 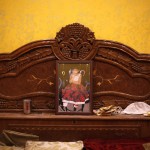 Global Journalist: What was it like interviewing parents who have lost their children?

Thapliyal: It was very hard for me. In fact, I was uncomfortable picking up my camera and trying to photograph them when they speak about their missing children. On [the] one hand, I want to capture mothers talking about their children in their most vulnerable moments, but at the same time, I do not want to interrupt and invade their private space with my camera.

I also felt guilty as I was asking them questions about how and where they lost their children, and by doing so, the parents have to go through and recall the entire situation again. They were some of my hardest interviews during my career as a photojournalist.

Parents would say how hard it is for them everyday — how they are constantly waiting for something to happen everyday, how they hope their children might come home. They are just hoping to find their children's bodies at the very least, to know that they are not out there wandering. 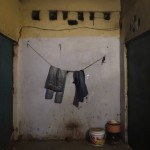 A view of a room where a 5-year-old girl was held for four days and raped. (Thapliyal/Reuters) 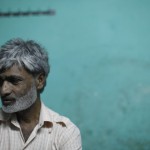 Azhar, 51, was devastated when his daughter disappeared when she went to use a public toilet. 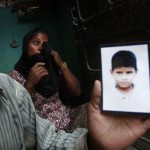 A father holds a photo of his missing 8-year-old daughter Bhuriya. (Thapliyal/Reuters)

GJ: What can be done to better address this issue?

Thapliyal: It is very important that we raise awareness among citizens. If they see a child who is abandoned or lost on the streets, they should know how to report that to the police. It is important that citizens be aware of what is happening around them. Police should also enforce certain rules and help send lost children on the streets to protection homes.

And on that note, protection homes should also improve their living conditions, as homeless children would rather be on the streets than to be sent there.

GJ: What is the goal of your project?

Through my images, I want to create a sense of awareness and vigilance in people in India. Hopefully, the next time we see a child on the streets, or when we see a child working in a factory or a hotel, we would care enough to stop and ask questions: “Where do you come from? What do you do? Why are you here?”

These questions are important. And that's what I want to communicate to my audience. I hope these photographs can allow people to understand the tragedies and pain of families, not just in India, but across the world.