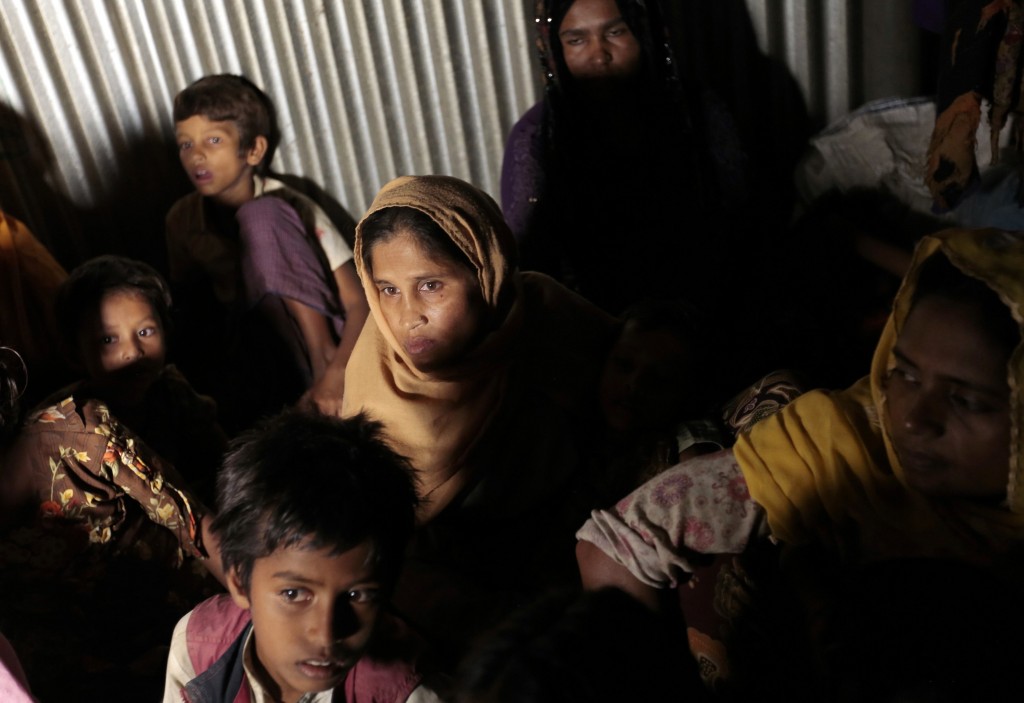 Rohingya from Myanmar who recently crossed over to Bangladesh, huddle in a room at an unregistered refugee camp in Teknaf, near Cox's Bazar, a southern coastal district about, 296 kilometers (183 miles) south of Dhaka, Bangladesh, Dec. 2, 2016. (AP Photo/A.M. Ahad)

Tens of thousands of Rohingya Muslims have fled Myanmar in recent months amidst a campaign by the South Asian nation's military against the religious minority.

Refugees have told rights groups and U.N. investigators of burned villages, summary executions and mass rapes of women and girls. About 70,000 refugees have arrived in neighboring Bangladesh since October. But Bangladesh has been less than welcoming: that country's government has proposed moving them to a remote island that is often flooded during the monsoon season.

On this edition of Global Journalist, a look at a major human rights crisis that is tarnishing the legacy of Nobel prize laureate Aung San Suu Kyi, Myanmar's democracy icon turned state counselor.