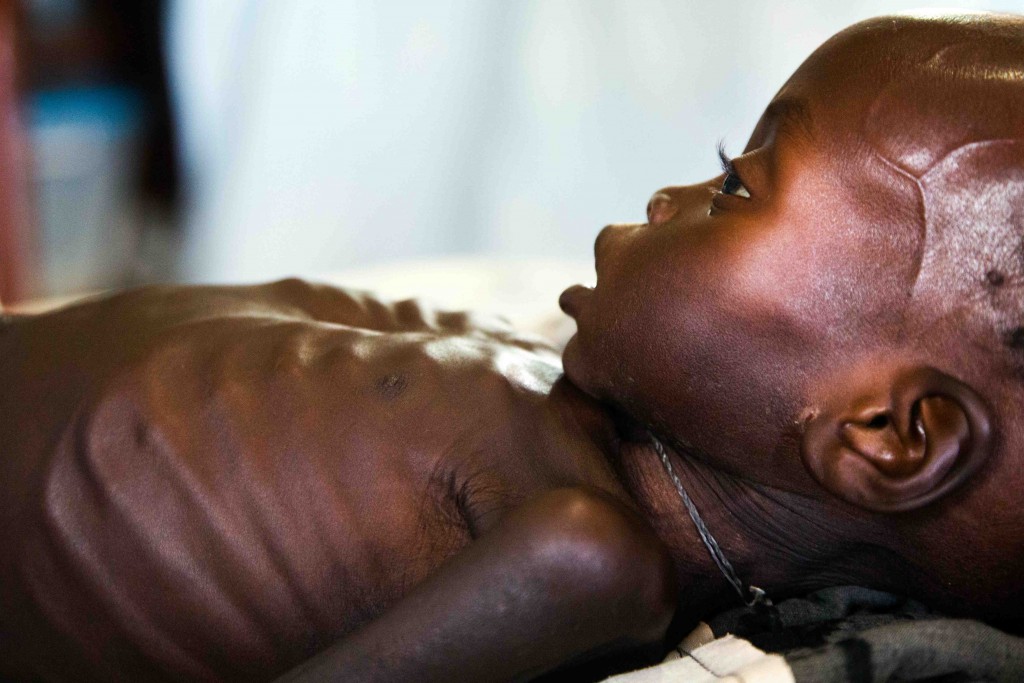 "Something has to be done about this."

One day in May of last year, Spanish photographer Albert Gonzalez Farran was taking pictures of the humanitarian crisis in the South Sudanese town of Maiwut near the country's border with Ethiopia.  He had been photographing a severely malnourished five-month old infant who was on life support in the local hospital for pneumonia and other ailments linked to starvation.

Then the hospital's generator stopped. So too did the respirator that had been helping the baby breathe. Less than 1 percent of South Sudan has access to power from a grid, and in this case, the consequences were tragic. When the generator started working again 10 minutes later, the baby was dead.

"People need to know what is happening in South Sudan," says Farran. "That is my only objective in documenting this famine."

Farran has lived in South Sudan for nearly two years, working as a photojournalist for Agence France-Presse and various humanitarian organizations. During that time, the humanitarian crisis in one of the world's poorest countries has worsened amid civil war, ethnic conflict and economic collapse.

In February, the UN formally declared there was a famine in parts of South Sudan. During the May to July "lean season" prior to this year's harvest, an estimated 5.5 million people–nearly half the country's population–are projected to be "severely food insecure," according to the UN.

Though he's seen much suffering over the past two years, the death of the infant in Maiwut has been seared in his memory and made Farran more determined than ever to help outsiders understand the crisis in this remote part of Africa. He shared some of his images and spoke with Global Journalist's Dewey Sim about his work and South Sudan's famine. 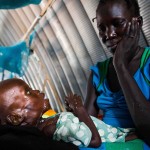 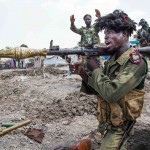 SPLA soldiers in a trench outside Malakal (Farran/AFP). 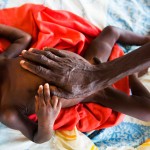 An 11-month-old boy with severe malnutrition rests is comforted in Aweil (Farran, AFP). 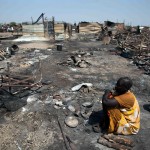 A displaced woman in a former safe zone in 2016 in Malakal (Farran/AFP). 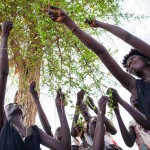 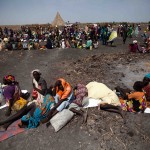 People wait for food air-drops in an area cut-off by fighting (Farran/AFP). 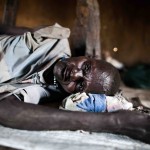 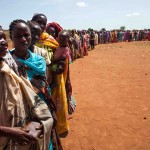 Displaced people wait to be registered at a camp in Wau in 2016 (Farran/AFP). 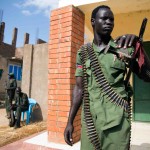 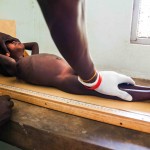 A nurse measures a malnourished child at a hospital in Juba in 2016 (Farran/UNICEF).

Global Journalist: You're working on a project called "Hunger - the Ultimate Weapon." Why did you decide to focus on this?

Farran: When I arrived in 2015 as a photojournalist for AFP, I focused primarily on the food crisis. Since then, it has ballooned into an issue globally.

This project shows how famine has affected the people. I documented people in their daily lives consuming leaves as well as picking up [individual] grains on the ground.

Photography is an effective way to show hunger in Africa. Using images, I am also trying to initiate conversations surrounding the food crisis.

GJ: What have you learned about the crisis in South Sudan over the past two years?

Farran: I watched a documentary, "The Gleaners and I," by Agnes Varda some 10 years ago about how people collected what others threw away. I still keep that film in mind whenever I embark on photography projects. I have been to Peru, Ethiopia and European countries, and in many of them, I have seen people collecting garbage.

However, in South Sudan it is a completely different situation. People are collecting small grains from the ground [spilled] at food distribution centers. This shocked me particularly, having grown up in Barcelona, where we have access to many things. Seeing people collecting food from the ground is terribly heartbreaking.

When I arrived here in 2015, I did not know much about South Sudan. Little by little, I started realizing that hunger, and now famine, is a critical issue. Compared to the issues we are facing back in Europe, South Sudanese people are faced with a far more pressing need – food, the most basic necessity of mankind. Something has to be done about this. Nyamuoch Kuoch cries while her baby suffers respiratory distress linked to malnutrition at a hospital supported by the International Committee of the Red Cross in Maiwut, South Sudan, May 5, 2016. The baby died a few hours later. (Albert Gonzalez Farran/ ICRC)

GJ: Which of your photographs has really stood out to you?

Farran: I have been following patients to makeshift clinics and hospitals in South Sudan and areas bordering Ethiopia, and I have been documenting more deaths than I expected.

One photograph that affected me the most was when a mother cried over the death of her five-month-old child. There are many clichés surrounding deaths in Africa. People feel that Africans are desensitized to the idea of death since it is so commonplace. But this is really not the case.

From the photograph, you could see the pain and torment a mother goes through when she loses her newborn...[due to] lack of proper healthcare. And a death in Africa is equally [as] painful as any other death around the world. Nyamuoch Kuoch and two relatives carry the dead body of Nyamuoch's baby after he died of pneumonia caused by malnutrition (Albert Gonzalez Farran/ICRC).

GJ: What are you trying to convey through your photographs?

Farran: People need to know what is happening in South Sudan. That is my only objective in documenting this famine. People around the world, including my parents in Barcelona, remain largely ignorant of the issues in South Sudan. I want them to understand the famine has affected thousands.

I've been here for two years and there is barely sufficient coverage on the issue until last month, when the UN repeatedly called for international donations and support. My only aim is to show people the harsh realities that South Sudanese are facing now and to raise awareness of this issue through my photographs.