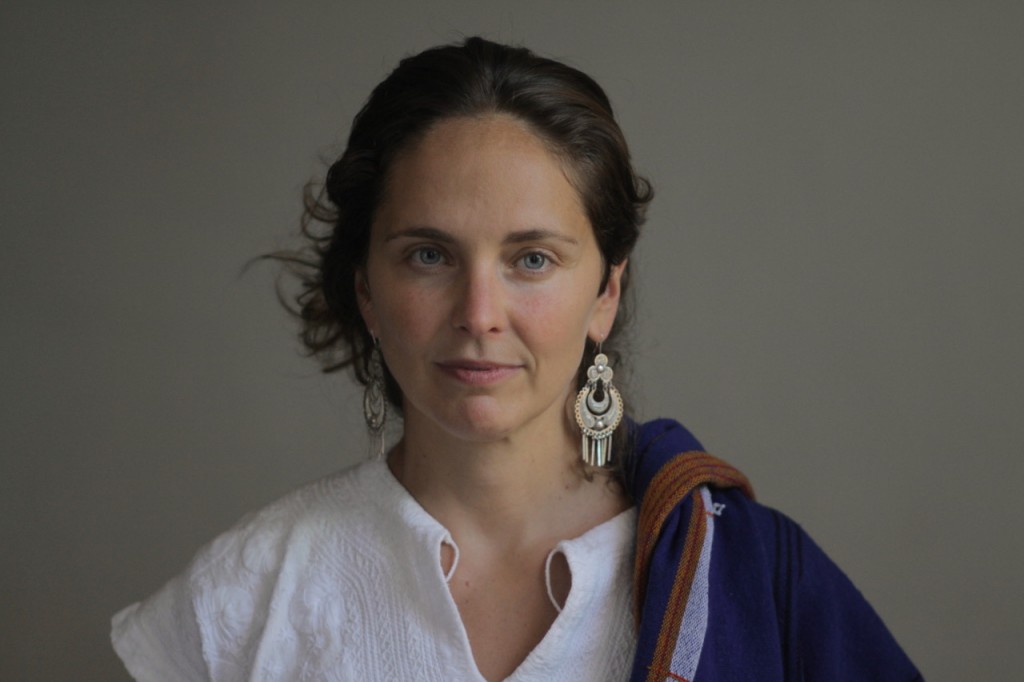 "There has to be an end to an era of silencing people and impeding them from going to the streets to discuss the problems with the government."

Manuela Picq was detained in Ecuador's Ministry of Interior when authorities told her that her visa was going to be canceled.

It was August 2015 and Picq, a French-Brazilian academic and journalist, had been been beaten and arrested days earlier at a protest in Quito along with her Ecuadorian partner Carlos Pérez Guartambel, a well-known leader of the indigenous rights group Ecuarunari.

"They beat us with batons on the head and I lost vision in the left eye that night," she says, in an interview with Global Journalist.  "They took me to the Ministry of the Interior, I was still completely disoriented, and they announced that my visa had problems and I was illegal in the country.”

A contributor to al-Jazeera who frequently highlighted indigenous rights issues and criticism of Correa's government, Picq's experience highlights how Ecuador under President Rafael Correa has become increasingly intolerant of dissent..

Ecuador is rated "partly free" by Freedom House, a U.S.-funded rights group, due to the country's heavily-monitored press and Correa’s increased control over civil society groups. Correa’s government has also increased surveillance of online activity. Twitter accounts of critical opposition members have been deleted, as well as YouTube videos that criticize the administration.

Correa himself has been dismissive of Picq, whom the president knew from their time together at an Ecuadorian university.

"She was a very beautiful woman, but she always tried to be the center of attention," he said in September 2015, shortly after her forced departure, according to the Ecuadorian newspaper El Universo. "She lived in Miami because she had a gringo boyfriend, she was never indigenous, she was never leftist, and she was a bad journalist. We found out that she's not a correspondent for al-Jazeera. That's a lie, but that's how she tricks people."

Two years after she left the country she called home for nearly a decade Picq has still not been able to return to Ecuador– even though her partner Guartambel remains.

Now a visiting professor of political science at Amherst College in Massachusetts, she spoke with Global Journalist's Lauren Wortman about the challenges of protesting in Ecuador and the disaffection among some on the left and in Ecuador's indigenous communities with Correa's government.

GJ: You've said you were placed on a "blacklist" of journalists by the Ecuadorian government. What story landed you there?

Picq: There's one that particularly bothered the government, which was about the father of Vice President [Jorge Glas] raping the daughter of his employee and getting her pregnant. He [was director] of a school, and he put the little kid in school for free...but sometimes he would take the girl to a motel and rape her.

He got arrested by the police and then they freed him and he paid monthly child support. When I wrote about it internationally, there was a lot of pressure to arrest him. He had to flee the country. It wasn't because of me, but I was one of the voices who made it visible internationally.

GJ: What were the repercussions of that article?

Picq: There were responses from the government sent to my editors at al-Jazeera. They asked that I be fired, [and] said that I was not a serious journalist and that all my information was incorrect. There was a lot of denial and pressure towards my editors to stop publishing or get rid of me. That started happening again for other articles, so every time I published something there would be an attempt to shut me up. Indian protesters arrive to Quito during a march called by the Confederation of Indian Nationalities of Ecuador, in Quito, Ecuador, Aug. 12, 2015. Picq was arrested the next day at a protest. (AP Photo/Dolores Ochoa)

GJ: You were arrested during a protest against Correa's effort to scrap term limits. Tell us about that.

Picq: The government was trying to pass a law that allowed...the president to stay in office forever. [Indigenous people] mobilized on that and [a] new water law that allowed the selling of water sources to private companies...It was one of the largest marches in the history of Ecuador.

That night [Guartambel] was talking on the phone...and we were surrounded by maybe ten police officers. They grabbed him take him away and I held on to him. They took both of us. They beat us and dragged us in the streets. They beat us with batons on the head and I lost vision in the left eye that night...they took me to the Ministry of Interior. I was still completely disoriented, and they announced that my visa had problems and I was illegally in the country.

GJ: What happened after they told you your visa would be revoked?

Picq: In the morning the police told me that I was being detained as an illegal immigrant. They took me straight to jail. I got a hearing on Monday afternoon. The lawyer said there was no reason to arrest me, but she couldn't legally reinstate my visa so there was another hearing… the Minister of Interior said it wasn’t the courts who would decide my fate, it was his ministry. My visa was not reinstated. Either I left the country or I was going to be arrested again, so I took the first plane. GJ: How do you feel about the recent shifts we've seen in Latin America towards right-wing leadership in countries like Argentina and Brazil? Is something similar happening in Ecuador?

There is no promise on the left for granting amnesty or working with indigenous people. In a way, there is no difference between what we have and what will come. In terms of democratic institutions, the promise of the candidate on the right is to re-open political discussion in society.

GJ: What needs to change to improve conditions in Ecuador?

Picq: What might change is we will regain freedom of speech. In a way, the left has redistributed money in Latin America. [But] the money that allowed the left to redistribute income was taken through the invasion of indigenous territory.

What is at stake is not just to change a leftist government for a right-wing government or change presidents, but to move away from a model where we redistribute income at the price of silencing people politically. There has to be an end to an era of silencing people and impeding them from going to the streets to discuss the problems with the government.