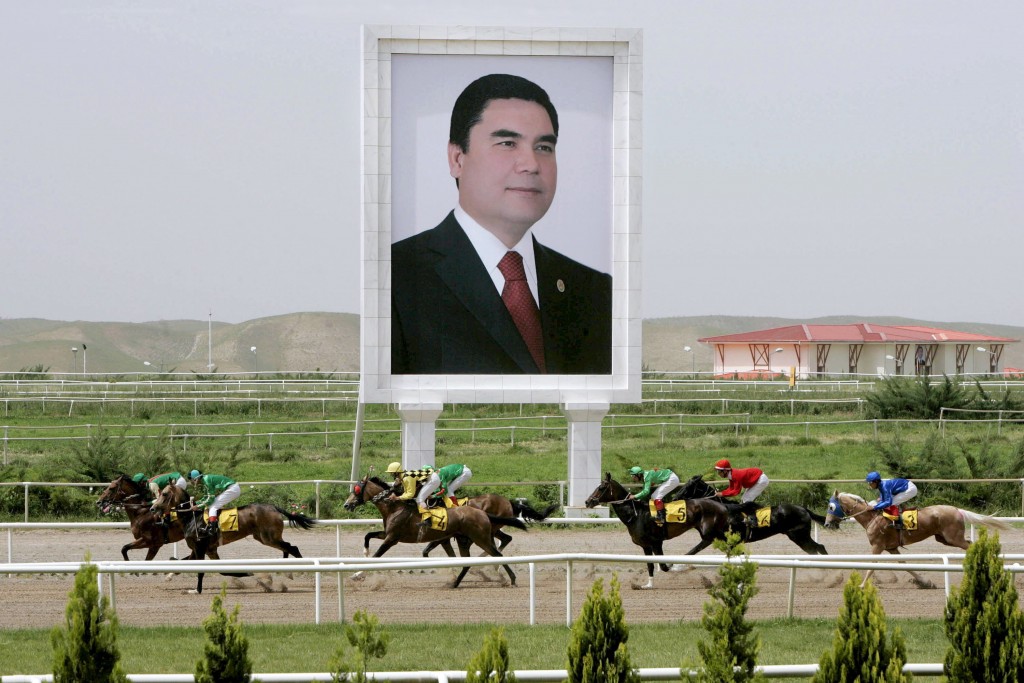 A huge portrait Turkmen President Gurbanguly Berdymukhammedov stands beside the horse race track in Ashgabat, Turkmenistan in May 2007. (EPA/Mikhail Klimentyev)

Most people outside of Central Asia know little about the gas-rich desert nation of Turkmenistan.

The former Soviet Republic has virtually no independent media and just a handful of bookstores.  Foreign journalists and scholars are rarely granted visas to visit.

So it's no surprise that presidential elections this month in a state sometimes compared to North Korea are little more than a show staged to buttress President Gurbanguly Berdymuhammedov.

On this edition of Global Journalist, a look at one of the world's most isolated countries and the cult of personality built around its leader.