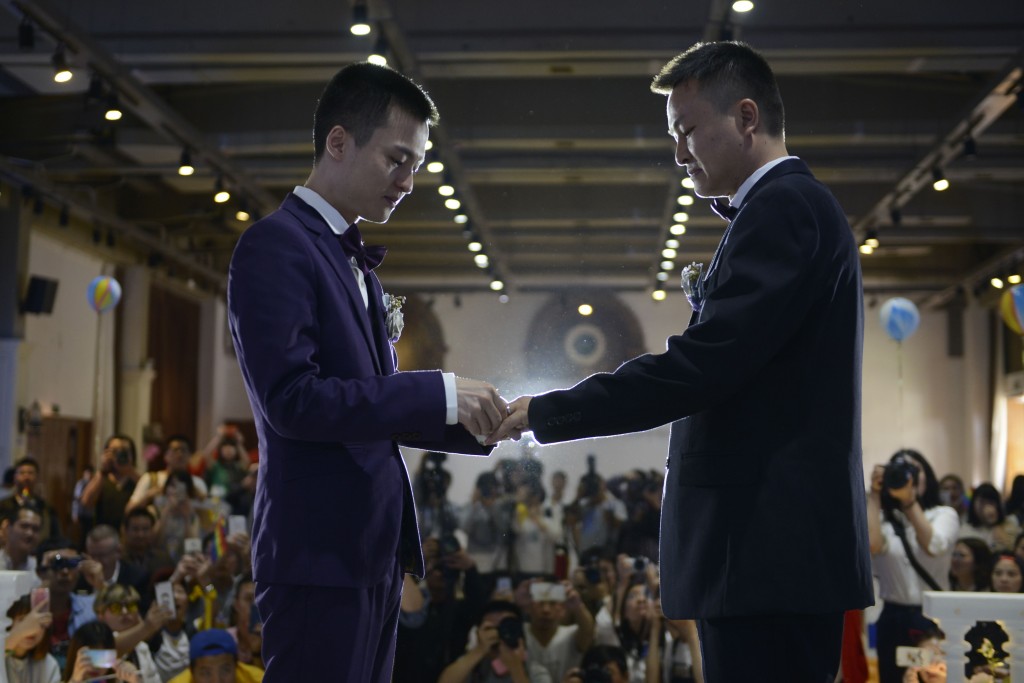 Sun Wenlin (L) and his partner Hu Mingliang during their wedding ceremony in Changsha city, Hunan province May 17, 2016. The city government rejected their application for a marriage license. (EPA)

Homosexuality may not be illegal in China, but LGBT people in the world's most populous country often live their lives in the shadows.

By one estimate, as many as 80 percent of the country's 20 million gay men marry women due to social pressure. The phenomenon is so common it has its own word in Mandarin, "tongqi," or "gay man's wife."

But the views of LGBT people are changing, particularly in China's biggest cities. On this edition of Global Journalist, a look at how Chinese views of gay rights are evolving.