The business of poaching 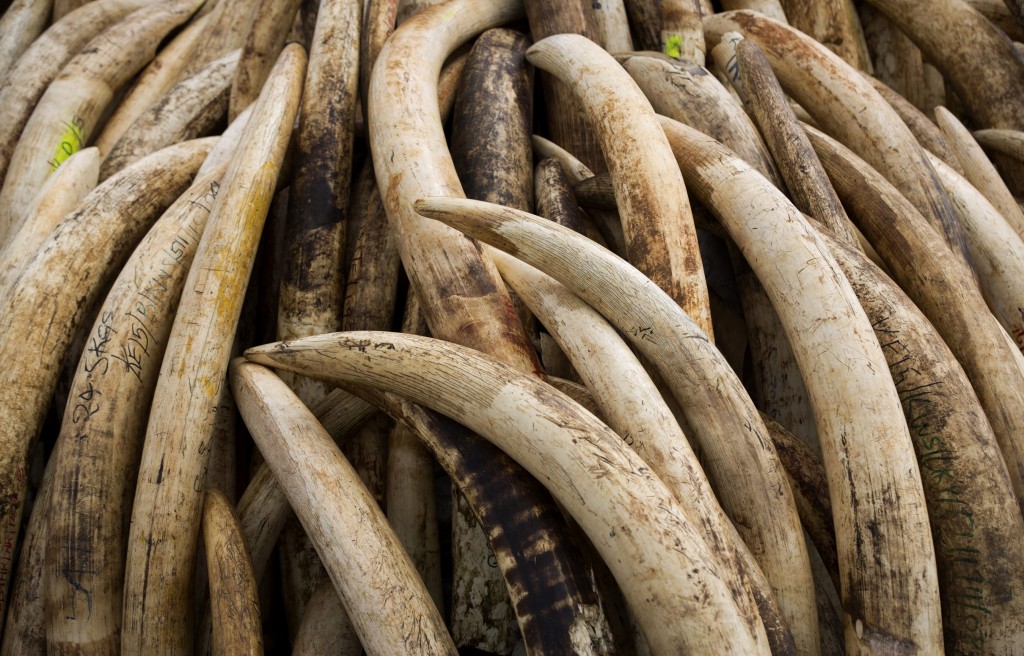 Elephant tusks are stacked in one of around a dozen pyres of ivory, in Nairobi National Park, Kenya, April 28, 2016. (AP Photo/Ben Curtis, file)

Might your children or grandchildren someday live in a world without rhinoceroses or African elephants?

The chances of that are probably higher than you might guess.

There are just 350,000 elephants remaining on African savannas, one-tenth the number in 1900. And the population is estimated to be shrinking by 27,000 a year. The black rhino population has declined 93 percent since 1970.

On this edition of Global Journalist, a look at the trade in elephant tusks and rhino horns that fuels the poaching industry that continues to decimate these endangered species.