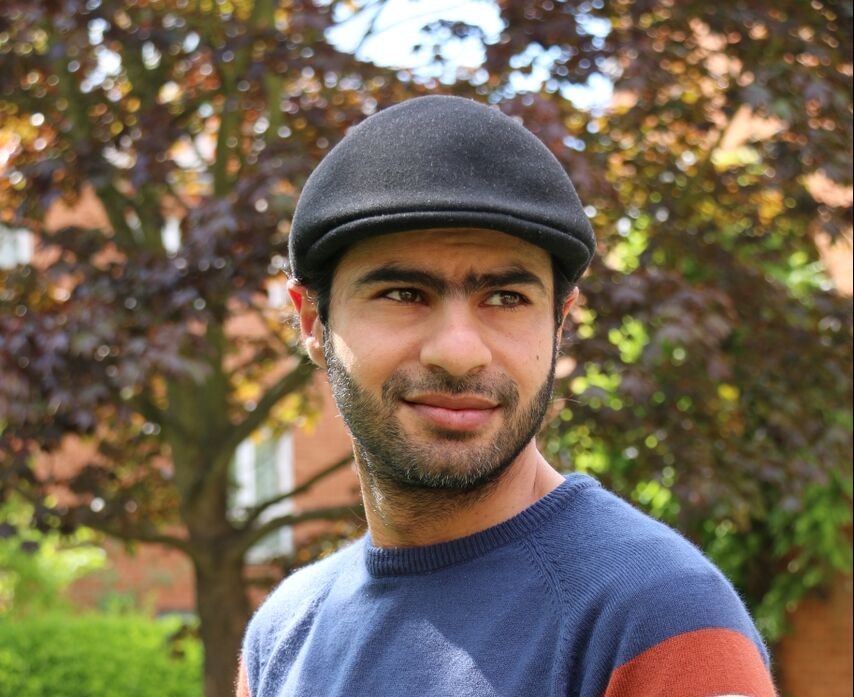 "I was in hiding in Bahrain for two years, in a small room inside a house"

Few escapes are as dramatic as Ali Abdulemam’s. The celebrated liberal Bahraini blogger and newspaper columnist disappeared from public view during the Arab Spring in early 2011 – and spent two years in hiding in the tiny Persian Gulf monarchy.

During that time, he was sentenced in absentia to 15 years by a military court for plotting to overthrow King Hamad bin Isa Al Khalifa’s government. In 2013, the Human Rights Foundation, a nonprofit based in New York, planned an extraordinary rescue mission to get Abdulemam out of Bahrain. That mission, involving a Los Angeles-based artist, an entertainment television journalist, a body-double for Abdulemam and a charter flight to Cyprus, was aborted after Abdulemam escaped Bahrain hidden in a car with a secret compartment–and eventually made it to Iraq by sea.

Abdulemam had been targeted because of his influential criticism of Bahrain’s government. A pioneer in online news in the Middle East, he anonymously founded the site Bahrain Online in 1998. Three years later he revealed his identity and began working as a newspaper columnist. For his work, he had been arrested in 2005 and 2010.

Now 38, he runs the human rights site Bahrain Watch. The winner of a Human Rights Watch Hellman-Hammett Grant and the Danish think tank CEPOS’s Freedom Award, Abdulemam spoke to Global Journalist’s Federico Maccioni about the challenges of online activism and his struggles as an exile in the United Kingdom.

Global Journalist: What does it mean to be a journalist in Bahrain?

Abdulemam: In Bahrain there are no free means of expression and media. You can’t contest the king because the constitution says that his majesty is untouchable basically. We don’t have clear law to state where is your freedom and where is the red line that you shouldn’t cross. It’s all a flexible system and whenever the government wants to arrest you or take you to trial they can find that article in the law that fit to anybody. If you want to be a journalist, you can’t express yourself, you can’t protect your sources.

Global Journalist: Tell us about your career as a blogger.

Abdulemam: When I was in Bahrain, I was the founder of Bahrain Online, [a site that] received on average more than 100,000 hits per day. I went into hiding in 2011, but I kept using the online media and tools to express my opinion, learning to use social media, to protect myself and be anonymous on the Internet. At that time, I was also [administering] some of the opposition websites, and as one of the most important activities, I was reporting to international NGOs about freedom of expression, like [to] the Committee to Protect Journalists and Reporters Without Borders.

Global Journalist: Before the Arab Spring, what threats had you faced?

Abdulemam: In 2001, I decided to reveal my identity [as a blogger] because the king came with what he calls the National Action Charter, proclaiming a new democratic era for Bahrain.

Many people believed him, but since 2002, when I started to work as a columnist in some newspapers, some rumors came to me saying ‘you have to be careful,’ [and] ‘you’ll be dead.’

In 2005 they arrested me for two weeks with three charges: insulting the royal family, broadcasting [suggestive] messages and broadcasting false news.

They released me because of international pressure, but in 2010 they rearrested me and I was severely subjected to torture. They beat me, made me stand [in stress positions]... they did all the worst things. I reported to the court that I had been forced to sign a false confession and subjected to torture, but they didn’t do anything.

Global Journalist: After the Arab Spring began in 2011 and Saudi Arabia intervened to support Bahrain’s monarchy, how did you decide to go in to hiding?

Abdulemam: In the middle of March [2011], when Saudi Arabia invaded and the crackdown happened, I knew that they would come after me. So I had to hide the same day they [raided] my house. I was in hiding in Bahrain for two years, in a small room inside a house, receiving news from the TV. The man who was hosting me provided me with food and anything I needed, risking himself.

Then I discovered that I had been sentenced to 15 years in absentia by the military court. That was the moment when I decided to flee the country and go somewhere else. This March 2011 image of Bahrain TV shows troops from Saudi Arabia arriving to prop up Bahrain's monarchy during the Arab Spring. (AP Photo)

Global Journalist: How has your integration process been in the U.K.?

Abdulemam: : Fortunately, I’ve been granted [refugee status] in a very short time. But finding work was the hard part of the process. Companies don’t pay attention to my CV because I’ve been arrested, hunted and I haven’t been able to work for three years.

I’ve been struggling to find a job and I’ve been working as a self-employed IT security consultant and digital security trainer. Just [recently] I started to do my master’s in information security at the University of London so as to find a better job in the U.K.

Generally, you struggle because of your refugee status and they don’t recognize my Bahraini qualifications. [As a refugee] in some situations you cannot bring all your documents. A plastic bag with my passport and some clothes was everything I had when I left Bahrain.

GJ: What are your hopes for the future? Do you plan to return to Bahrain?

Abdulemam: This is a hard question, because Bahrain is not independent anymore. If you want to solve the problem you can’t talk to the king, but you have to bring in Riyadh, Tehran and the United States together and try to make them talk about Bahraini issues.

This is one of my main concerns because I want my country to be independent and I don’t want any external pressure. I want human rights to be implemented and political opportunities.

Most of all, I want to live in my country. It’s very hard to predict Bahrain’s future, but I think that it is for us [the people]. In the past they were buying loyalty with money but it’s clear that money is not the powerful tool to buy silence anymore.