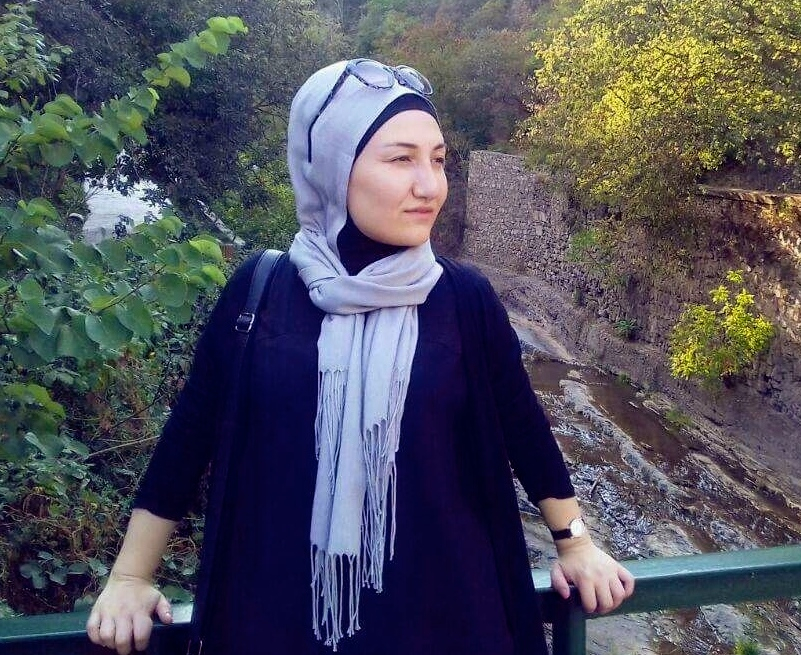 "I was frozen and I didn’t know what to do. I only know that my legs moved to the border." Gulnur Kazimova was at a relative's birthday party with her five-year-old son when the warning came.

It was Dec. 28, 2014, and the Azerbaijani journalist had worked for eight years as a correspondent for Radio Free Europe/Radio Liberty in Ganja, the country's second-largest city. Just two days earlier, police in the capital Baku had raided the U.S.-backed radio service's bureau there and shuttered it without giving justification. Earlier that month, RFE/RL's noted investigative journalist Khadija Ismayilova had been jailed on trumped-up charges.

At the party, friends of Kazimova told her police were preparing to arrest her. There was no time to waste. Kazimova was unprepared, but she left the party with her son and headed out of the country. They arrived in the Georgian capital Tbilisi, 124 miles (200 km) from Ganja, at 11 p.m. that night.

"My feelings were very strange," she says. "I was frozen and I didn’t know what to do. I only know that my legs moved to the border. At that moment, I understood that the motive pushing me to walk to the border was the fear for my five-year-old son’s safety, whose hand I was holding."

Her husband and four-year-old daughter soon followed her to safety, just days before police showed up at her house and her parent's house.  In the two years since, Kazimova and her family have struggled to rebuild their lives in Georgia. Kazimova's exile has been just one part of and escalating campaign of repression under President Ilham Aliyev that has led to the arrest of dozens of journalists, dissidents and rights activists since 2014.

She spoke with Global Journalist's Huilan Zhan about making a new life for her family in Georgia and Azerbaijan's efforts to silence independent media. Below is an edited version of her interview:

Global Journalist: What's it like to work as a journalist in Azerbaijan?

Kazimova: Being a journalist in Azerbaijan has always been very difficult, and many journalists have left their jobs. Journalists face financial problems and censorship posed by the government.

However until 2014, despite the fact that there was a risk of arrest or other forms of harassment and attacks on journalists, we were more or less able to continue our activities. Now there is almost no opportunity for that and there are no more free media outlets.

After 2014, it's almost impossible for me to collaborate with independent media. [Now] there are only a few independent journalists who cover critical issues and everybody knows them. GJ: What kind of stories did you report that got you in trouble?

Kazimova: As an independent journalist, I’ve written some articles critical of the government. One of the articles is about the refugees from Kelbajar, a city in western Azerbaijan. I wrote about their housing difficulties. Some of the refugees have had to build houses on their own in Ganja, which is not allowed. The government used different reasons not to register their houses and demolished them.

The authorities couldn’t offer a specific reason but said I have made mistakes. They used this story as a cause to start an investigation of me.

In the last few years in Ganja there were also some cases regarding violations of property rights, which not many journalists could talk about. I’ve prepared critical articles and videos about those issues but often faced different threats.

I’ve also covered the municipal elections. Then, not only myself but also my husband and his father received calls from local government with orders not to publish.

GJ: How is your life in Georgia?

Kazimova: After many hard days, I gradually began to get used to the life in Tbilisi. I didn’t expect to live here for long, but finally I decided to stay. I accepted the fact that it is not easy for me to go back. My husband, Vahid Kazimova, now works in a factory here. His earnings pay the rent while my work as a journalist covers our other costs. My children go school here. Kazimova with her husband Vahid (Courtesy).

I have never stopped my journalistic activities. I continue to collaborate with media organizations such as the Institute of War and Peace Reporting and take part in some media projects in Georgia. However Georgia has a lot of things in common with Azerbaijan, which makes my work still difficult. It’s hard to work with their government.

I wrote a critical article about a bribe in Georgia. One day I found I was being followed. With a picture of their car taken by my husband, I went to the police and complained about this issue. But the police did not consider my complaint seriously.

Living in a foreign country is mostly psychologically difficult. Without normal work and social welfare, it is very hard for us to live and raise two small children. Azerbaijani activists’ and journalists’ lives in Georgia are still insecure. Our life is in perpetual fear and anxiety.

GJ: Have you thought about going back to Azerbaijan?

Kazimova: Going back to Azerbaijan is my wish, which still looks impractical. For now, I console myself with the fact that I’m able to continue my work here. I can still do something for my people and country. I am working on a project about citizen journalism. It's good motivation for me to contribute more as a journalist.

If I could go back to Azerbaijan, I would offer trainings to journalists since I've had more experience now. But even if I stay in Georgia, I want to establish a media center here to help Azerbaijan journalists in exile. Some people have criticized us that we are not brave enough to stay in Azerbaijan...that we have left our friends behind. But I hope I'm still useful to my country.