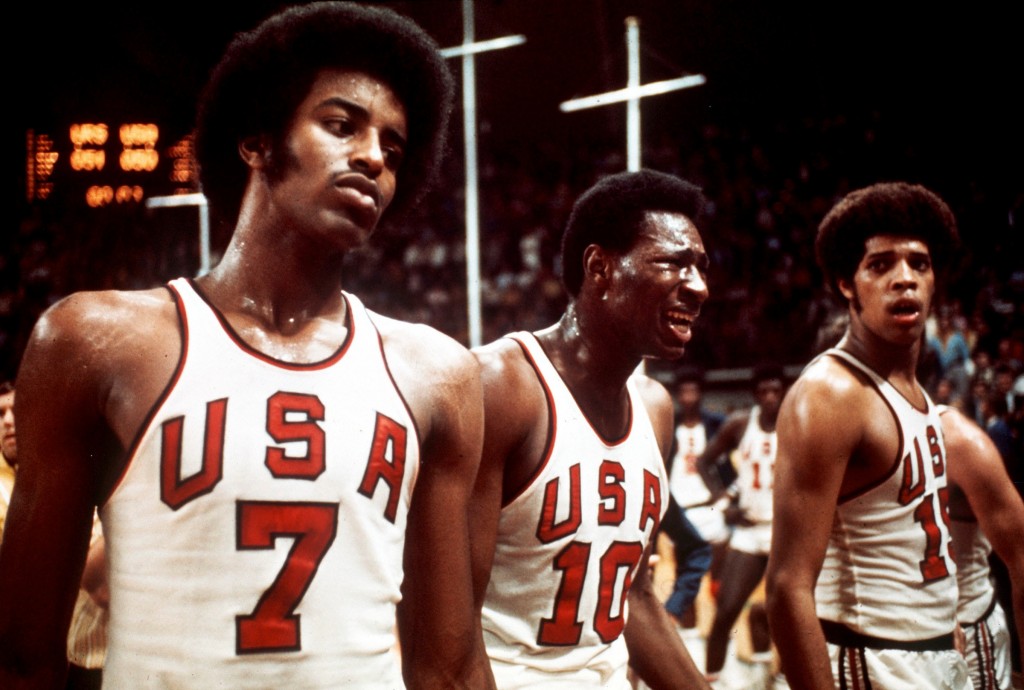 Members of the U.S. basketball team show their frustration to officials after their controversial loss to the Soviet Union in the gold medal game at the 1972 Olympic games in Munich, West Germany. (Rich Clarkson)

“Right now we are all living in a golden age of photojournalism. It’s here and now, and you are lucky to be a part of it.”

Rich Clarkson has become an icon in the field of sports photojournalism. He has photographed 60 NCAA men's college basketball finals, along with four Super Bowls and seven Olympic Games, and was also named as one of the 50 most influential individuals in American photography by American Photo magazine.

Now 84, he's been a contract photographer for Sports Illustrated since 1956 and produced more than 30 cover photos. A former director of photography for National Geographic, he is now president of Clarkson Creative, a Denver-based photography, video and design company.

Although Clarkson is a distinguished photographer, he considers himself a journalist first.

“The important thing that I tell photographers all the time is ‘what do you want to say?’ Clarkson said, in a 2016 speech at the Missouri School of Journalism. “This is just as important for you saying something with a camera as it is for a writer saying something with a keyboard. A picture is opening the door to using some carefully well chosen words. To me, the combination of words and pictures is the trick that photojournalism is really about. Sometimes, the picture is the headline, and it just opens a door to expand.” Wilt Chamberlain, as a rookie for the University of Kansas men's basketball team in 1956 (Rich Clarkson).

“This probably is the most famous picture of that whole era,” said Clarkson.

Clarkson was struggling to show the scale of Chamberlain's 7-foot height at time when players of that size were unheard of.

“I had him dunking the ball and I kept thinking you can’t really see that he is 7 foot tall,” Clarkson recalled.

Then he saw Chamberlain tying his shoes while sitting down on a chair and thought that moment would be ideal for a picture.

“I moved the chair and I had the lights all set up, and said go ahead to tie your shoes again. His knees are so high, and you begin to see how really big and how really tall he was."

It was Clarkson's first sale to Sports Illustrated, which ran the photo on an entire page, and helped launch him as a national sports photojournalist. Clarkson's photo of Coach Adolph Rupp's all white University of Kentucky men's basketball team after it lost the 1966 NCAA championship to Texas Western. Texas Western was the first major collegiate team to start five black players in the NCAA final. The picture was a symbol of the changes taking place in the U.S. (Rich Clarkson)

“Losers sometimes are far more interesting than winners,” said Clarkson, who was awarded a 2016 Honor Medal from the Missouri School of Journalism.

Rather than focusing on the Texas Western team celebrating their trophy, Clarkson chose to take this picture of Kentucky staring gloomily at their opponents. “To me, it was one of the most story-telling pictures I’ve made covering basketball over all these years," he said. "You can see the disappointment and the shock on the coach’s face.” Clarkson's pictures are rooted in access and originality. “One of the things I was trying to do was to get a different picture from everyone else,” Clarkson said.

That's not easy at media-saturated sporting events. To get poolside for Spitz's race, Clarkson posed as a member of the U.S. swim team. “I convinced the manager of the American team and he gave me a warm-up suit. I walked in with the athletes and coaches.” A discus thrower is pictured competing at the 1996 Summer Olympics in Atlanta (Rich Clarkson).

Clarkson's skill at obtaining special access also helped him at later Olympics. This photo of a Belarusian discus thrower competing was taken after Clarkson installed a remote camera inside the safety net at the 1996 Summer Games in Atlanta.

To do so, he had to gain the confidence of Olympic officials guarding the track and field competition. "I had to make sure they knew what I was trying to do," he said. "You have to convince [those in charge] that what you are doing is not a problem...that it was going to be just fine. I was getting them on my side to try to get something unusual and interesting."