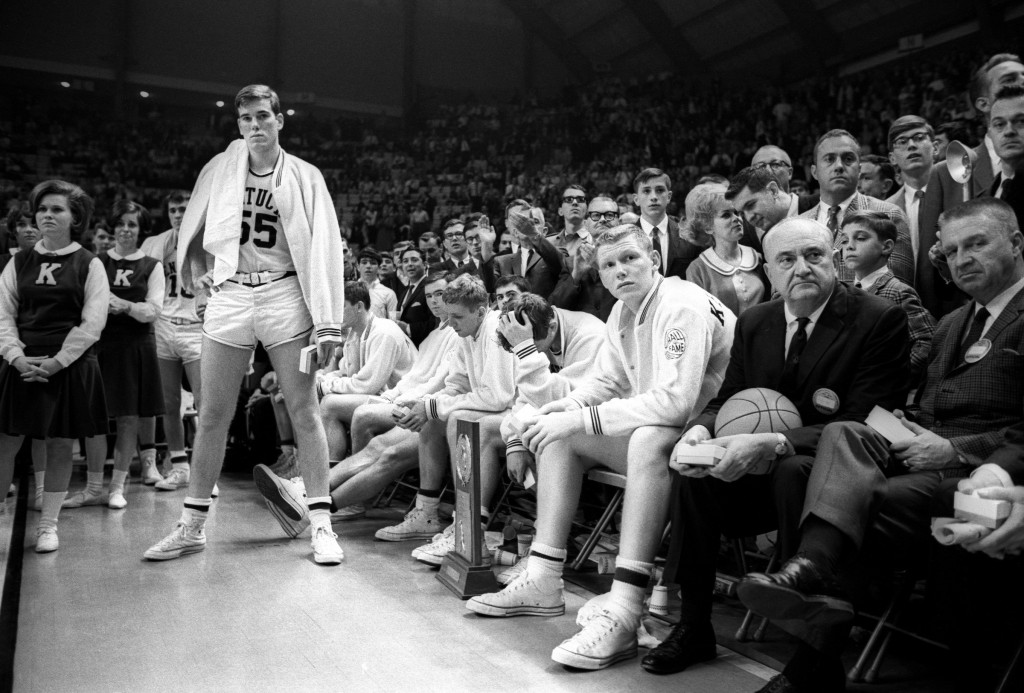 Clarkson's photo of Coach Adolph Rupp's University of Kentucky all-white men's basketball team after it lost the 1966 NCAA championship to Texas Western, which was the first major collegiate team to start five black players in the NCAA final. The picture was a symbol of the changes taking place in the U.S. (Rich Clarkson)

Rich Clarkson is one of the founding fathers of modern sports photojournalism. Born in 1932, Clarkson's early photos of Wilt Chamberlain playing basketball at the University of Kansas in the 1950s were published in a new magazine called Sports Illustrated.

That launched a career that included photographing 60 NCAA men's basketball championships, nine Olympics and many, many other sports events.

On this special edition of Global Journalist, Clarkson talks about how photojournalism has changed over the decades and the stories behind some of the most memorable sports photos of our time.