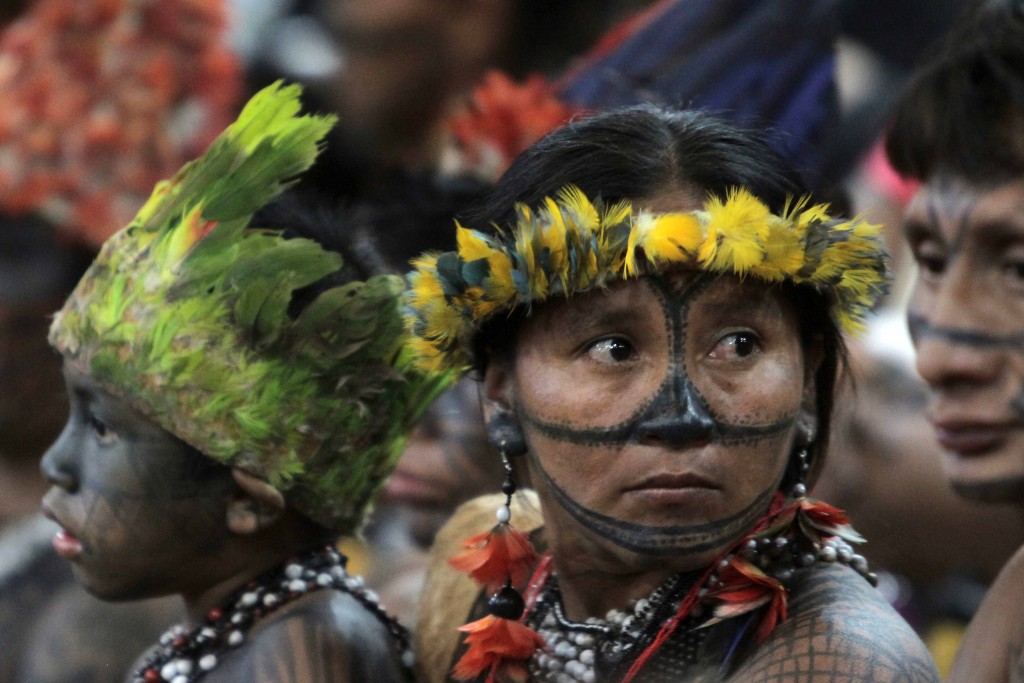 Indians from the tribe Munduruku attend a meeting with the government at the Planalto presidential palace in Brasilia, Brazil, June 4, 2013. The Indians, who had been occupying the controversial Belo Monte dam which is being built in the Amazon on the Xingu River, were flown to Brasilia by the government for talks to try to end the occupation. Environmentalists and indigenous groups say the dam would devastate wildlife and the livelihoods of thousands of people who live in the area to be flooded. (AP Photo/Eraldo Peres)

They survive by hunting and gathering in the forest or by cultivating gardens with handmade tools. In some cases, they don't wear clothing and speak languages that aren't understood by almost anyone else on Earth.

In today's hyper-connected world, there are still a few dozen groups of people that live with virtually no contact with the outside world. Nearly all of these tribes live in remote reaches of the Amazon in Brazil and Peru.

But these so-called "uncontacted tribes" face increasing pressure from loggers, miners and missionaries.

On this edition of Global Journalist, a look at some of the humanitarian and ethical challenges of our interactions with these people.