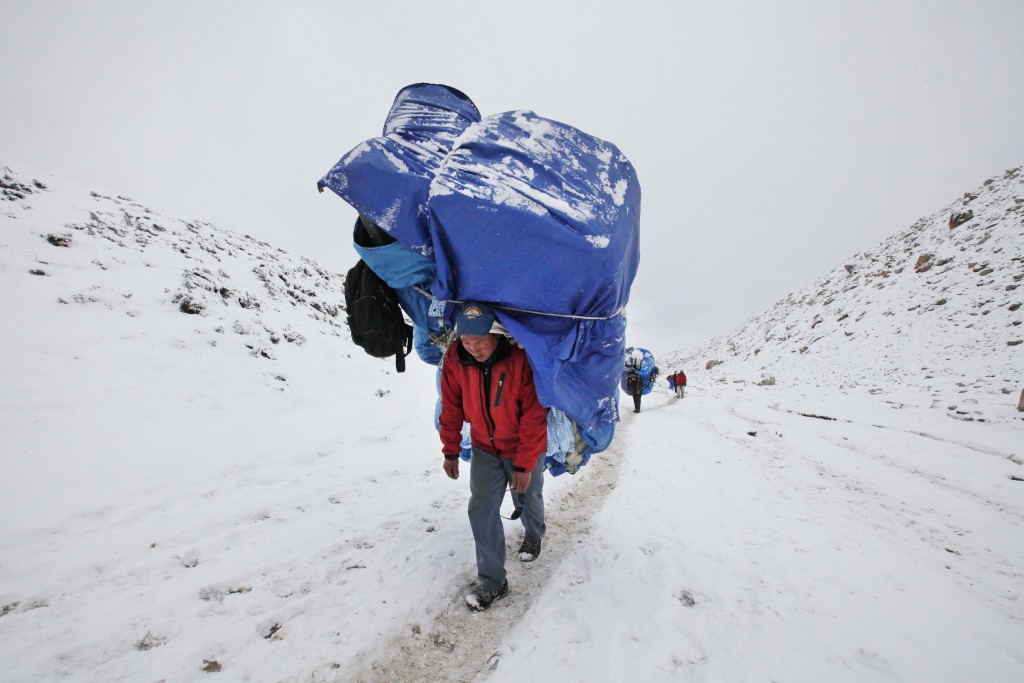 In this March 28, 2016 photo, a porter walks with a massive load towards Everest Base camp near Lobuche, Nepal. The April 2014 avalanche, which killed 13 Sherpa guides and three other Nepali workers, was an immense blow to the Sherpa community. Nearly all the surviving Sherpas refused to continue working that year, demanding, among other things, better working conditions, more insurance, and free education for the children of those killed. Over the past two years the government has enacted a series of policy changes, from stationing officials at Base Camp to creating a welfare fund for the families of the Sherpa dead, in large part to convince climbers and trekkers to keep coming back to Everest. (AP Photo/Tashi Sherpa)

Sherpa guides and porters do much of the work of getting foreign hikers up Mt. Everest. But despite doing an incredibly dangerous job in a lucrative industry, they receive just a small fraction of the money $300 million annually generated by Everest expeditions.

On this edition, filmmaker Jennifer Peedom talks to Global Journalist about 'Sherpa,' her documentary about tensions on Mt. Everest.

Peedom discusses the challenges of making a film on the slopes of Everest as well as rifts among Sherpas, foreign mountaineering companies, and the Nepalese government.