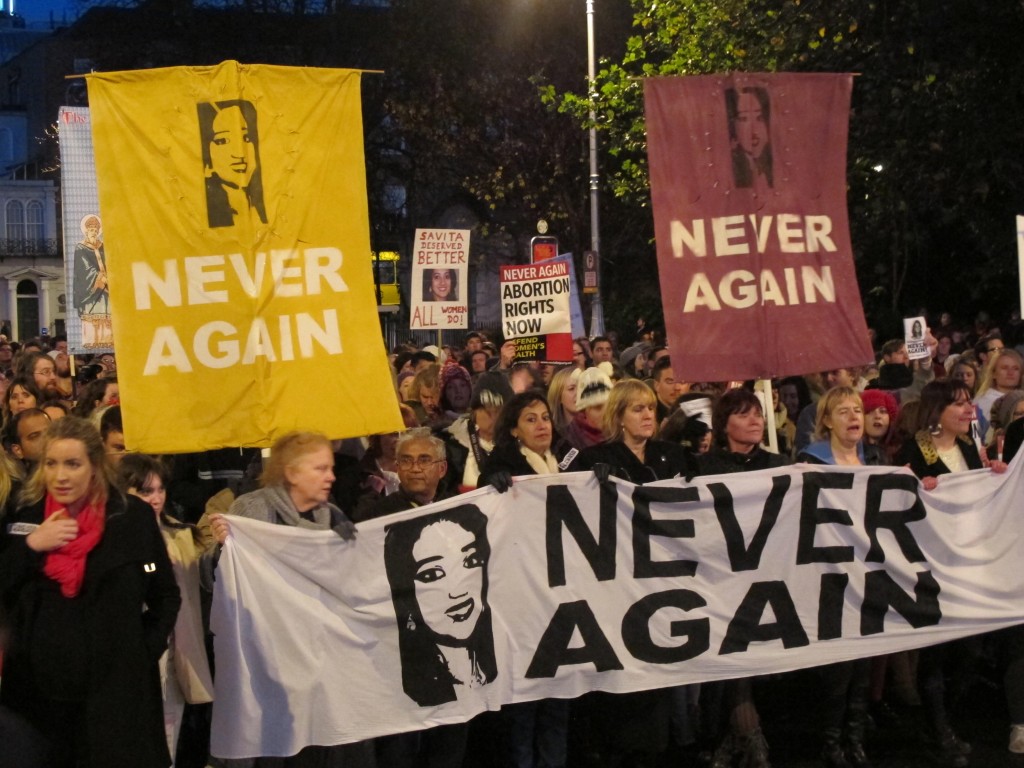 Abortion rights protesters hold pictures of Savita Halappanavar during a march Nov. 17, 2012 through central Dublin, demanding that Ireland's government ensure that abortions can be performed to save a woman's life. Halappanavar died from pregnancy-related complications after being denied an abortion in Ireland. (AP Photo/Shawn Pogatchnik)

President-elect Donald Trump has suggested that he’ll nominate U.S. Supreme Court justices that would overturn Roe v. Wade, the landmark case that ended many abortion restrictions in the U.S.

If he succeeds, some states might have laws like that in the Republic of Ireland - which has the most restrictive abortion laws of any industrialized democracy.

Under the Eighth Amendment to Ireland's constitution, abortion is illegal in the heavily Catholic country in all cases except when the life of the woman is at risk. Both the woman or the doctor performing the abortion can face up to 14 years in prison if convicted.

But polls show the constitutional amendment underpinning the ban has lost popular support, raising pressure on Ireland's government to hold a referendum on the issue. On this edition of Global Journalist, a look at the effort to repeal Ireland's constitutional ban on abortion.

Joining us to discuss the issue: