New management at Politico after growth 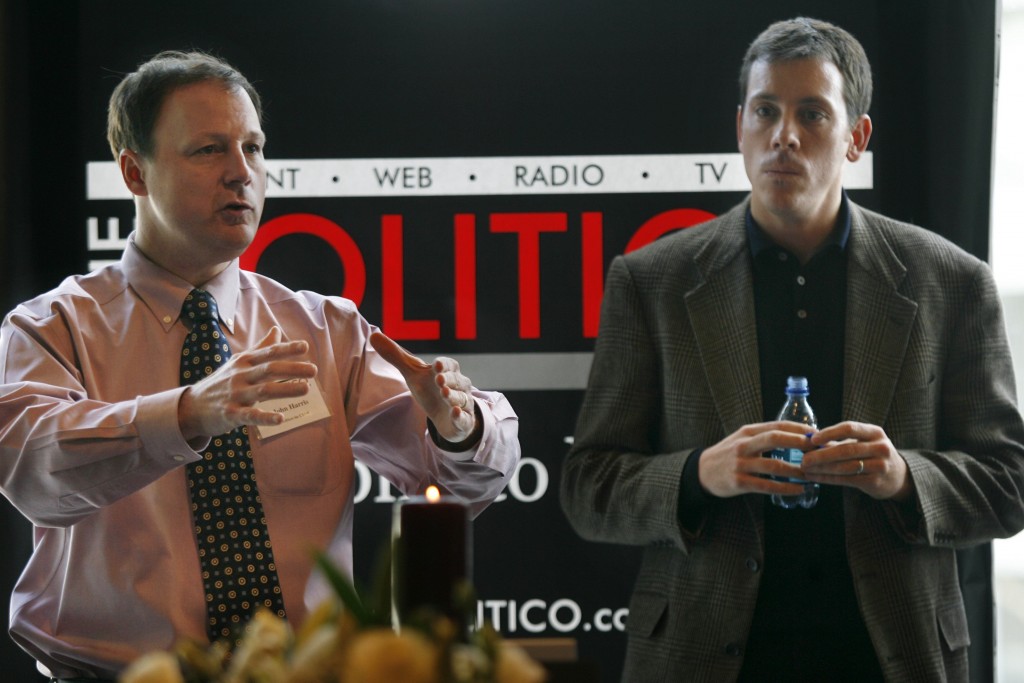 John Harris, left, editor in chief of The Politico, and Jim VandeHei, executive editor of The Politico, speak to advertisers in Arlington, Va., Friday, Jan. 19, 2007. The Politico is a new political newspaper in Washington and also has an online edition at politico.com. (AP Photo/Jacquelyn Martin)

As Washington adapts to a Trump administration, one of the Beltway’s most encyclopedic chroniclers is still in the midst of its own shakeup.

“It’s a new opportunity for new leaders and new growth,” said Peter Canellos, the outlet’s then-executive editor, told students at the Missouri School of Journalism in October. “We are moving beyond the founders and growing organically.”

The outlet was founded on the idea that only a handful of reporters in Washington were truly breaking news on a consistent basis and that with “six or seven of the best,” in the words of Harris, Politico could compete with or eclipse established competitors like the Post. Nine years later, a news organization founded as an opponent of institutional journalism has itself become an institution.

“John Harris and Jim VandeHei are great visionaries,” said Canellos, who recently moved to a new post of editor-at-large and was replaced as executive editor by ex-New York Times editor Paul Volpe. “Right now there are a lot of outlets trying to do what they did nine years ago…Politico has developed some new muscles.”

Those muscles, of course, include the bimonthly Politico Magazine launched in 2013, the Brussels-based Politico Europe launched last year, the subscription-based Politico Pro newsletters and a new emphasis on state-based political news. That handful of reporters has become a company with hundreds of employees.

The digital first publication now sees itself as something more than an unfiltered stream of scoops. “There are a lot of people asking about what’s going on in Washington and what could happen,” said Canellos. “We are trying to be there for analysis. That's the value proposition of Politico.”