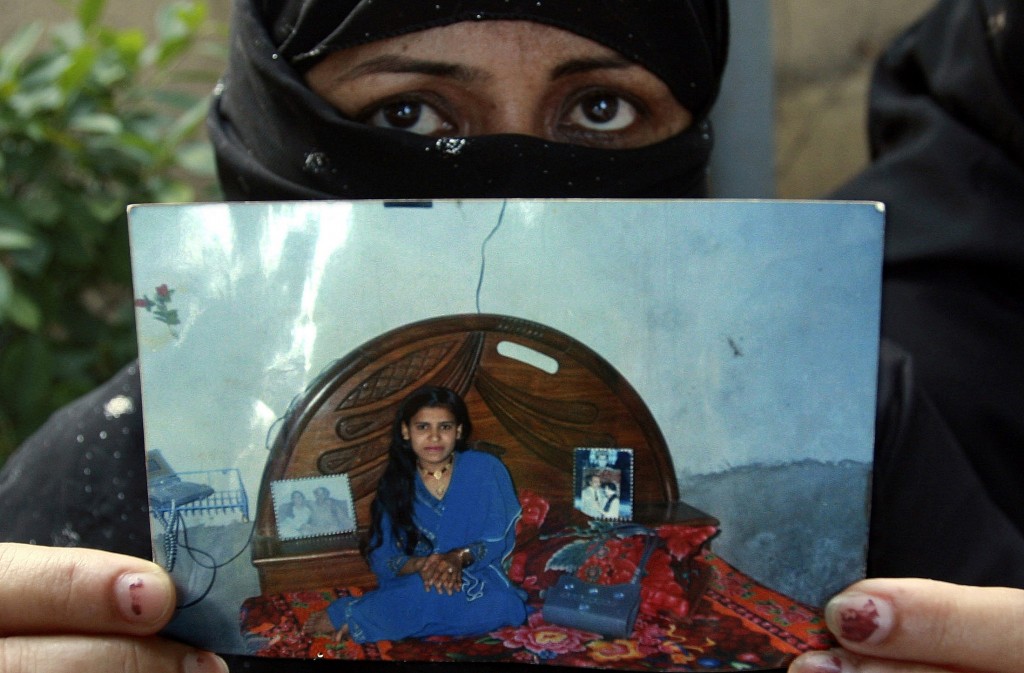 A Pakistani mother holds a picture of her daughter showing Tasleem Solangi, killed in a rural area of Pakistan's southern province of Sindh, in Karachi, Pakistan. (AP Photo/Shakil Adil)

About 5,000 women are killed each year in so-called "honor" killings around the world. These are crimes in which the victims, who are almost always female, are killed by family members - usually men - for bringing what they see as dishonor on the family.

Pakistan and India have the highest rates of "honor" killings in the world. But a new law in Pakistan has made such killings illegal - and raised hopes that the government will address gender violence more effectively.

On this edition of Global Journalist, a look at the history of these killings and some recent high-profile cases that have renewed efforts to end the practice.