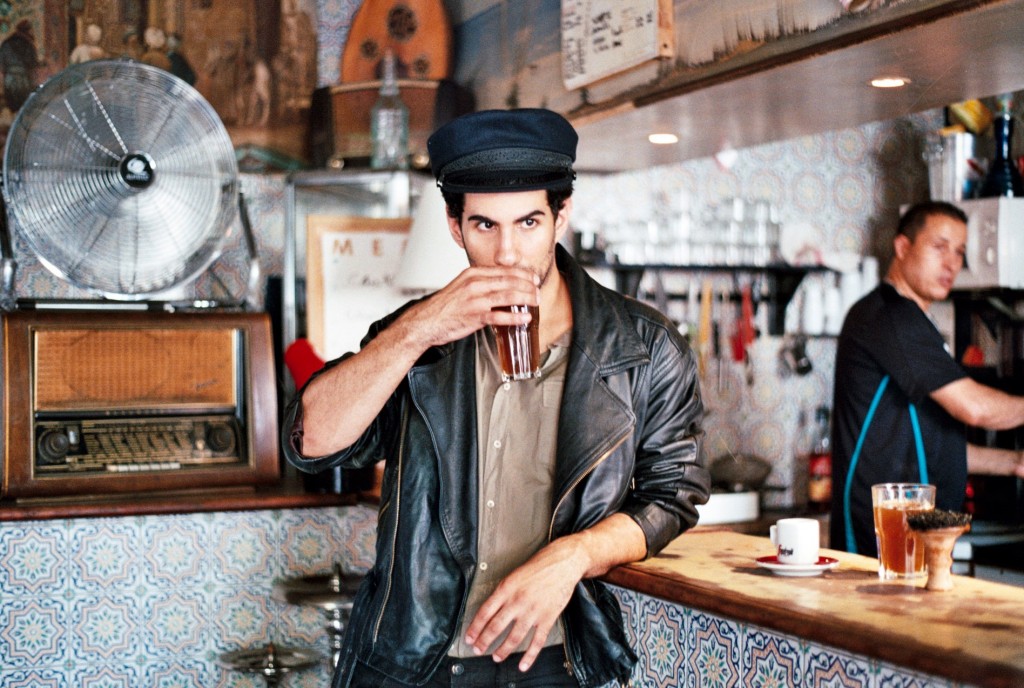 “It seems every year we get ourselves into some kind of trouble.”

The Arab world is one of the most difficult regions to be lesbian, gay, bisexual or transgender. In many countries, same-sex relations are criminalized and can be punished with prison terms and even death. In Egypt, where homosexuality is not technically criminalized, police use the gay dating app Grindr to hunt and arrest men on charges like 'debauchery.'

The region is also a hard place to be a journalist. Witness the September killing of Jordanian journalist Nahed Hatter who was shot and killed by a gunman while on trial for sharing a "offensive" cartoon on social media.

That combination makes Khalid Abdel-Hadi, 27, the founder and editor of the first LGBT magazine for the Arab world a particularly controversial figure. Since its founding in 2007 in the Jordanian capital Amman, Abdel-Hadi's My Kali has often found itself under fire. English and Arabic covers of My Kali's May-June edition.

Most recently, the magazine made international headlines for publishing in Arabic for the first time earlier this year–with stories saying Abdel-Hadi faced death threats and the possibility of a shutdown by the Jordanian government.

In an interview with Global Journalist's Rachel Foster-Gimbel, Abdel-Hadi says the media exaggerated the threats against him. But he's nonetheless careful – and requested the interview be conducted through encrypted software.

Global Journalist: When did you first realize you were gay?

Abdel-Hadi: I think the first time I realized I was gay was through [U.S. television show] "Buffy the Vampire Slayer." We didn’t have many channels on the satellite yet, or at least things that were bringing a lot of Western media or series or anything, but that was a very popular show here in Jordan. I would catch a word here or there about Willow, the character who was a lesbian on the show.

At the time, the internet was here but I didn’t know that Google would answer everything that I wanted to know, so I would go to the library and use the dictionary in the traditional way of actually finding a word. I would look for words like lesbian, homosexual, gay, and I would relate to the words automatically, like I was connected to that word in some way.

So that’s sort of how it all started. And then I was more in tune with what I was feeling, and it explained a lot of things that I didn’t have any kind of explanation for.

I thought maybe because I’m attracted to men, it means that I’m a woman, because you don’t have that kind of understanding or knowledge or the right keywords.

You don’t have that science backing it up or have that kind of information distributed here, which makes sense when understanding why many people can’t process the fact that homosexuality is a natural process. So that explains why a lot of psychiatrists or shrinks practice trying to “cure” homosexuality here.

GJ: What led you to start this magazine? Abdel-Hadi: It came from a personal perspective where I lacked the space to express who I am. At the time, there were not many spaces or publications in Jordan that reflected LGBT voices, especially when it comes to Arab identities.

I was a person who was obsessed with publications and design and magazines, and I was buying magazines a lot and I often was buying the Western ones because those were the ones that appealed and looked nice and featured all the important people.

But when they would argue about LGBT and homosexuality, it was often from a Western perspective and movements that I could not relate to as a Jordanian.

GJ: Can you explain what happened when you published your first Arabic issue back in June?

Abdel-Hadi: The sensational media took a lot of things that I said out of context. And they mentioned things about the magazine being printed, licensed, registered, all of these wrongful facts that were not true.

So that sort of went viral, and it pissed a lot of people off. The media commissioner responded that the magazine My Kali would never get funded, it will never get licensed, it will never be registered. And if it’s proven that it’s printed, it will face lawsuits.

So when the media commissioner responded, it became credible media to the mainstream media. So they reported that. And when that happened, the international media took it and they were saying “Jordanian magazine faces lawsuits and death threats.” And that probably came from the comments that people were reading on Facebook and all of these sensational media’s social media.

GJ: How did you respond?

Abdel-Hadi: We released a first statement regarding all of the wrongful things that were happening. We said that we’re not here to provoke; we’re not here to challenge the traditions in Jordan. On the contrary, we’re adding to [them]. Everybody keeps talking about the LGBT case in a Western and foreign agenda, and we’re a part of society, regardless of how many people leave the country or apply for asylum.

LGBT [people] will always be a part of society anywhere in different kind of forms, and you can never stop that from happening. And we released another statement... saying that we were not receiving death threats and we respect freedom of speech.

GJ: What is the future for My Kali?

Abdel-Hadi: I think the magazine is starting to have a better grip of being an LGBT Arab identity, you know the whole understanding of the situation, the terminology, the history, the not so sugar-coated facts of being an LGBT in the MENA region. And it’s a new process to us because we’re dealing with it from another perspective. Since we’re trying to, not fight cultural imperialism, but we’re trying to solve or cheat years of being subjected to foreign media when it comes to being an LGBT. So this is a new process for us, and it’s exciting for us and exciting for the community for sure.