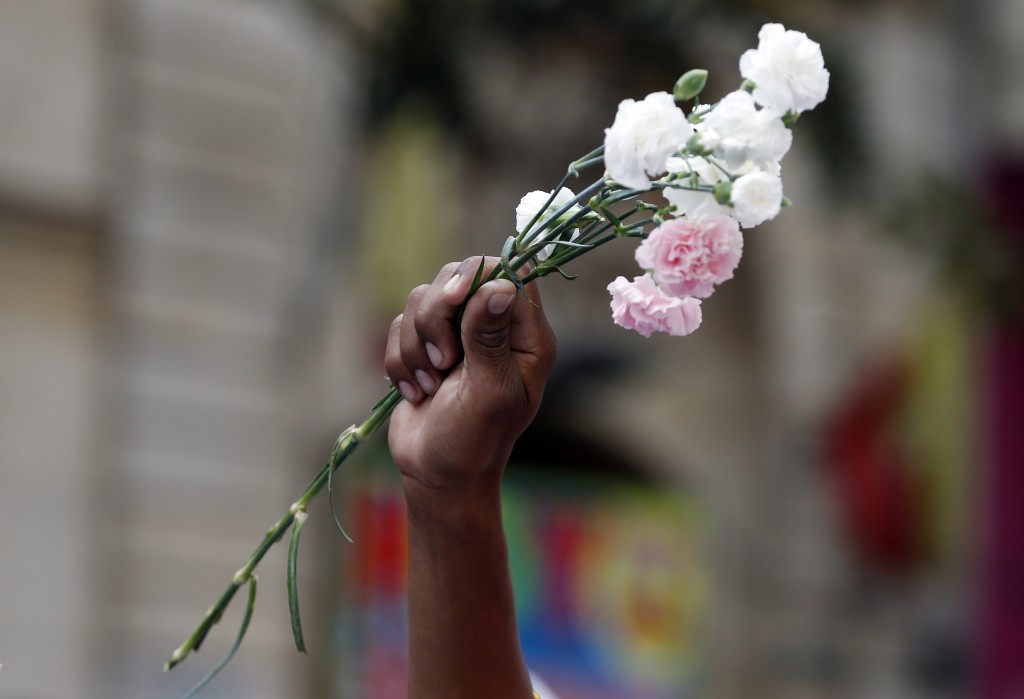 A man holds flowers during a peace march in Bogota, Colombia, Oct. 12, 2016. Thousands of rural farmers, indigenous activists and students marched in cities across Colombia to demand a peace deal between the government an leftist rebels not be scuttled. (AP Photo/Fernando Vergara)

Colombia's government and negotiators from the FARC guerrilla group spent four years negotiating a peace agreement backed by the U.N., Cuba and the U.S.

President Juan Manuel Santos even won the Nobel Peace Prize for the effort.

Then Colombian voters narrowly rejected the pact, sowing doubt about the prospects for ending a 52-year civil war that's killed a quarter of a million people.

On this edition of Global Journalist, a look at what how the government and the FARC might piece a deal back together again.